How AMD has Ryzen 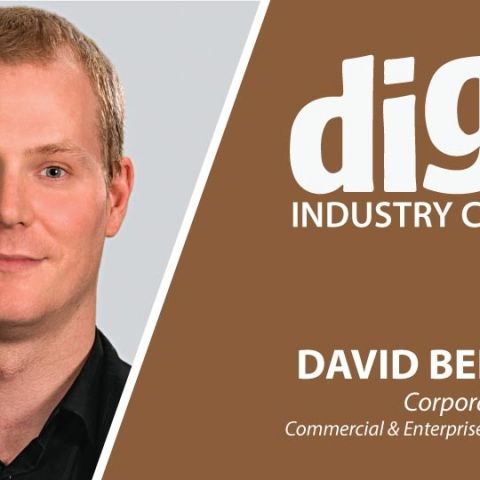 We have a quick chat with AMD’s Corporate Vice President & General Manager, Commercial & Enterprise Business, David Bennet about Ryzen’s share in the market and how the company plans to continue competing.

Digit: A VR Ready PC costs quite less. However, a proper VR headset, be it a VIVE or an Oculus, is still more expensive than a VR Ready machine. How long do you perceive it will be before VR becomes mainstream, especially in India?

David: We expect that VR will follow the path that many technologies do. The price of headsets will steadily decrease over time as adoption of the technology increases and manufacturing efficiencies are discovered. We're already seeing this as Oculus announced a price reduction for the Rift headset in the beginning of March. As you know, we believe in democratizing VR and have done our part by introducing a VR-capable card (Radeon RX 480) for under $200 USD. We have worked closely with Microsoft, Oculus and Vive to pioneer technology such as Asynchronous Time Warp to allow for even less expensive cards to run VR flawlessly. VR as a technology is gaining greater traction in India and around the world, not just on PC, but through other platforms as well. Mobile VR for example, powered by smartphone platforms such as the Samsung Gear VR or Google Daydream, are expected to sell close to 14 million units this year, according to SuperData Research. PlayStation VR is expected to sell 3.5 million units. Those are incredibly large numbers.

The most compelling premium VR experiences, however, will remain on PC, powered by graphics cards such as the Radeon RX series. While the cost of such systems and headsets may be out of reach for some, we expect that the way those experiences will become mainstream in India is initially through out-of-home experiences. For instance, AMD is working on bringing premium VR installations to local movie theatres, allowing users to enjoy the world of Baahubali in incredible VR. Those are the types of experiences that will be widely accessible to Indians, and how we expect VR to go mainstream in the country.

Digit: The Polaris graphics cards went a long way towards increasing AMD’s share in the overall GPU market. How big an impact do you think Ryzen will have on AMD’s share in the CPU market, both globally and in the Indian sub-continent?

David: According to the latest market data, AMD Radeon has enjoyed six straight quarters of growth. We believe the opportunity is even greater in the CPU segment. For almost a decade, the high-performance PC market has only had one choice when building a system. We have now brought back real competition to this space and believe this excitement clearly has an opportunity to reinvigorate and excite the market as a whole.

More importantly, AMD believes in open source and providing as much compute power to as many people as possible. Just like we did with the Radeon RX 480, we have introduced our Ryzen processors at an incredible price gap versus our competition. We provide better performance than our competition at each price point, and by a considerable amount. I certainly believe this will allow us to capture share from our competition in the Indian sub-continent and around the world. In fact, we are already seeing this happen.

Digit: There have been quite a few developments around Instinct and Naples too. However, we hardly get to hear much about compute related AMD hardware in India. Why is that so?

David: Whilst compute news has been limited in the past, with the introduction of both Naples and Instinct in 2017, we will see increased communication around this as AMD re-enters the datacenter in a big way. Following the success of Ryzen, we are excited to be able to launch Naples. Server and enterprise markets are other spaces that are starved for competition and the early press and feedback show what we already know – Ryzen was designed with high performance compute in mind and is perfect for enterprise workloads with excellent scalability and performance per watt.

Digit: PC sales have been dropping overall with the exception of the gaming segment. One thing which has been bugging gamers is that of multi-threaded support for video games. While game engines do exist with support for multi-threaded CPUs, a significant amount of optimization is required to take the full benefit of all the CPU’s threads. Is AMD working with game developers on this front?

David: We have been working closely with game developers both for our GPU products as well as our newly introduced Ryzen processors. Over the last month, we have stepped up our engagement with developers to help better take advantage of multiple cores/threads. Our recent deal with Bethesda and partnership with Oxide games and their title “Ashes of the Singularity” are examples of this collaboration. In fact, last week a new version of Ashes of the Singularity was released on Steam which gave more than 30% increase in performance from our Ryzen CPUs. This is a huge gain achieved less than a month after the launch of Ryzen. More importantly, given our dominance with the consoles and our significant contributions to Mantle (the basis for DX 12) and our open source efforts (Open CL/GL/Vulcan) you see AMD optimizations for both the CPU in GPU in many tier 1 games and in the major game engines themselves.

Since AMD powers the Sony PlayStation 4 and PS4 PRO, and Microsoft Xbox One, One Slim and the upcoming Project Scorpio, games are being designed from the start to be optimized on AMD hardware and this will translate to running better on the PC experience. Take a look at any DX12 game and we see phenomenal results versus our CPU and GPU competition across most DX12 capable benchmarks.

Digit: AMD’s known for supporting a platform for long periods. AM3+ has been around for more than six years now. How long can we expect the new AM4 to be supported by AMD?

David: We have stated that our plan for AM4 is to support this platform until 2020. We are committed to long lifetimes for our sockets as seen in the past. This allows for our customers to have multiple upgrades available to them with the launch of subsequent products based on our upcoming architectures. People like choice and not everyone has an unlimited budget. Our goal is to create an ecosystem that allows users to upgrade as little or as often as they want without having to spend as much money as you would with the competition. More performance for less cost.

With Ryzen, our current 7th Generation APUs and the new Zen based Raven Ridge APUs all being on the AM4 platform – we believe that the longevity of AM4 is great news for our customers and partners. This stability gives them upgradability for years to come and a platform with all the modern features they need such as M.2, USB Type C and NVMe to work with for the next four years.

Digit: Claiming the lead in CPU performance has always been a cat and mouse game. Intel seems to be prepping two new Kaby Lake SKUs to compete with certain Ryzen SKUs which begs the question if AMD has anything hidden up their sleeves to one-up Intel? Will we see a Ryzen 7 1900X two months down the line?

David: Unfortunately, we are not able to speak to future products over and above what we have already announced. That said, we have already indicated that Zen 2 and Zen 3 products are in development and will continue to improve both performance and efficiency along with providing our customers great value in the coming years. We also have our Ryzen 5 CPUs launching in April which will help us address a broader part of the market with Ryzen. Long story short, we are ready and still have some surprises up our sleeves.

Digit: How did you achieve the 52% increase in IPC for Ryzen?

David: This is perhaps the question I get asked most often. How does AMD, who is far smaller than Intel, come back and do what Intel could not? Intel has offered modest performance gains over the past few CPU generations yet AMD jumped 52% in one cycle. The answer is simple: we have better engineers because we had to have better engineers. For many years, Intel had a competitive advantage by being on a smaller silicon node than AMD. To remain competitive, we had to design better more efficient CPUs and subsystems to keep up. For Ryzen, we completed a 4-year grounds-up design with a brand-new architecture using our high bandwidth/low latency interconnect technologies and drawing from all our experiences and learnings with GPUs. Now that we are both on 14nm, pound for pound, AMD has a better design. This wasn’t done by boosting the power and clock speeds, instead we designed a really smart CPU with an array of innovative engineering features – known as SenseMI which manage the optimum frequency and power consumption allowing the CPU to operate at peak performance no matter what the conditions are.

Digit: Why are the Ryzen processors priced lower than Intel processors?

David: If you look at the PC space, margins are slim. In fact, there is only one hardware company in the space that is taking the vast majority of the profits. We wanted to do 2 things – make our brand-new industry leading performance and technology available to more people and to help our OEM and ecosystem partners by providing them with better technology at lower costs so they can re-invest to create a better user experience for the customer. Basically, we priced it lower to get more performance into the hands of more people and to prevent one company from monopolizing all of the profits. We believe that customers deserve better price/performance than what the market has been giving them so far.

This article was first published in the May 2017 issue of Digit magazine. To read Digit's articles first, subscribe here or download the Digit e-magazine app for Android and iOS. You could also buy Digit's previous issues here.