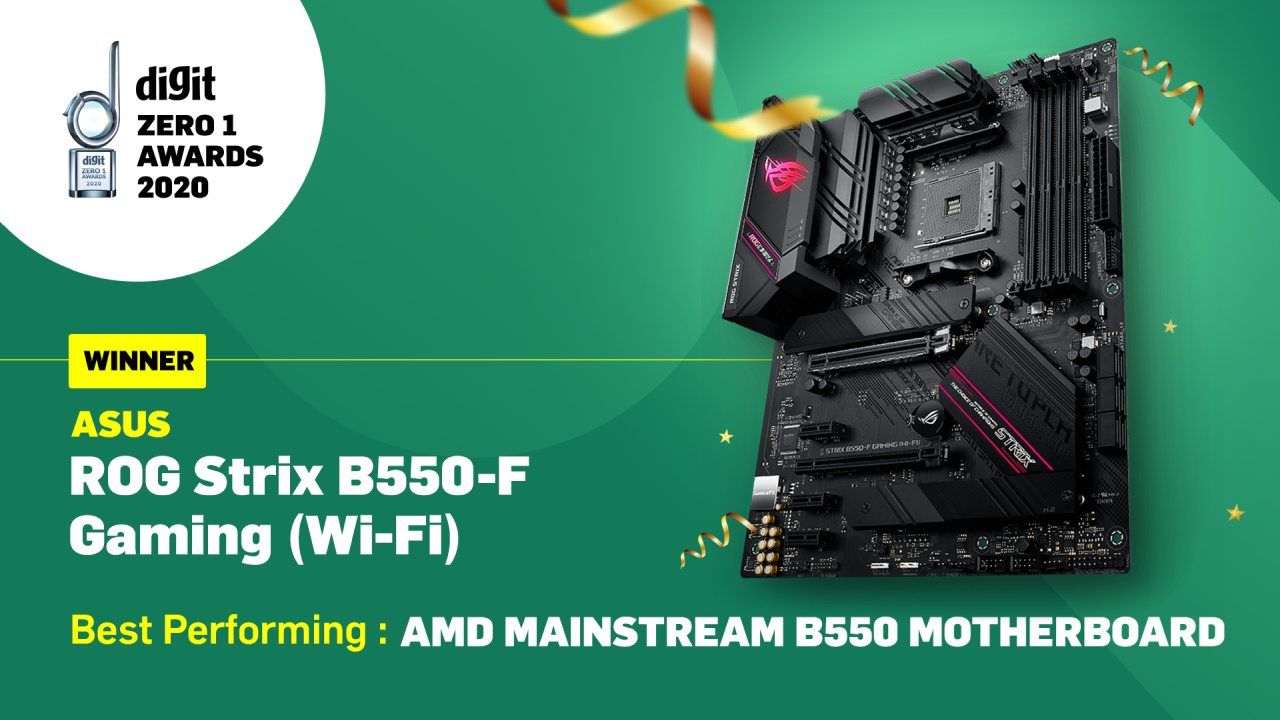 AMD’s Ryzen 3000 processors have been a massive hit in the market and for a long while folks who wanted to build a rig with the Ryzen 3000 series had to resort to either the older X470, B450 and A320 motherboards or the more expensive X570 motherboards. With the introduction of the AMD B550 chipset, PC enthusiasts have the option of getting PCIe 4.0 without paying the ridiculous premium that X570 boards demand. However, there’s a caveat here. Not all PCIe lanes are PCIe 4.0, only the ones coming out of the CPU are PCIe 4.0. One would assume that all 500 series chipsets would support the same set of processors but that isn’t the case. So far, X470 and B450 boards are the only ones that support the entire lineup of Ryzen processors launched until now. Considering all these factors, one can see why the B550 board becomes a great value proposition for folks wanting to build an AMD machine. Let’s see how the top candidates performed this year. The B550-F Wi-Fi is one of the more expensive boards you can get with the chipset and they do make it worth the money. For starters, this is the only board we’ve received which has an AX200 CNVi Wi-Fi module. The rest are all Wi-Fi 5 or 802.11ac, if they do have Wi-Fi. For the LAN port it has a 2.5GbE Intel I225-V NIC which is better than the Realtek solutions we tend to see on the other boards. The board uses an 8-Pin and 4-Pin EPS connector for the CPU power which feeds into an ASUS ASP1106 VRM controller. It implements a 12+2 phase design even though the ASP1106 is only capable of 4+2 mode. And there are no doublers in place so the board is splitting the VRM across multiple MOSFETs and triggering them in unison. Lastly, it uses Vishay SiC639 50A for the power stages. Coming to the VRM performance, the ASUS ROG Strix B550-F Gaming + Wi-Fi was by far the coolest board followed by the MSI MAG B550 Tomahawk and then came in the GIGABYTE B550 Aorus Pro. The MSI and GIGABYTE boards were very close in load temperatures with the exception of the PRO-VDH Wi-Fi. (Click here to buy) 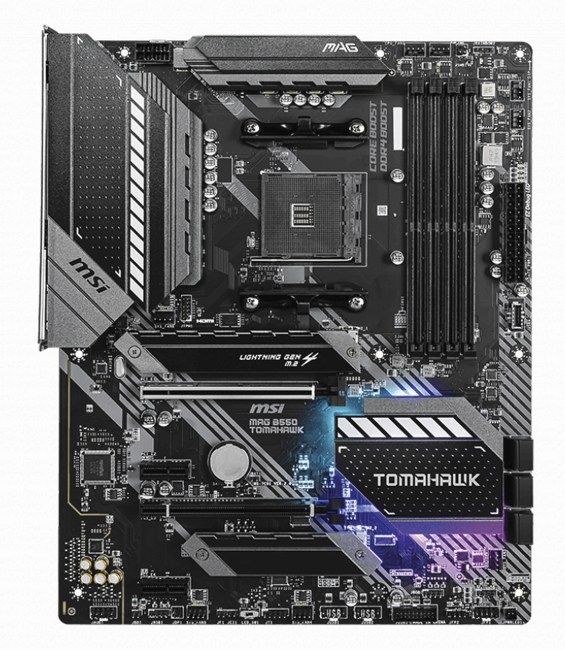 MSI opts for dual LAN ports on this board using Realtek RTL8111H 1 GbE and RTL8125B 2.5 GbE NICs on this board. They can also be teamed so you can get much higher throughput. The board has two full-length PCIe x16 slots with one wired for x16 lanes and the other for x8 lanes. It also has fewer USB ports than the other boards in its segment. For power delivery, the MSI MAG B550 Tomahawk uses a Renesas RAA229004 which is configured in a 5+2+1 mode and does not use a doubler. Instead it has 2x Intersil ISL99360 60A per phase and they’re individually controlled. The effective VRM arrangement becomes 10+2+1 which is a little odd but works just as well as the other boards that we’ve seen. Click here to buy) 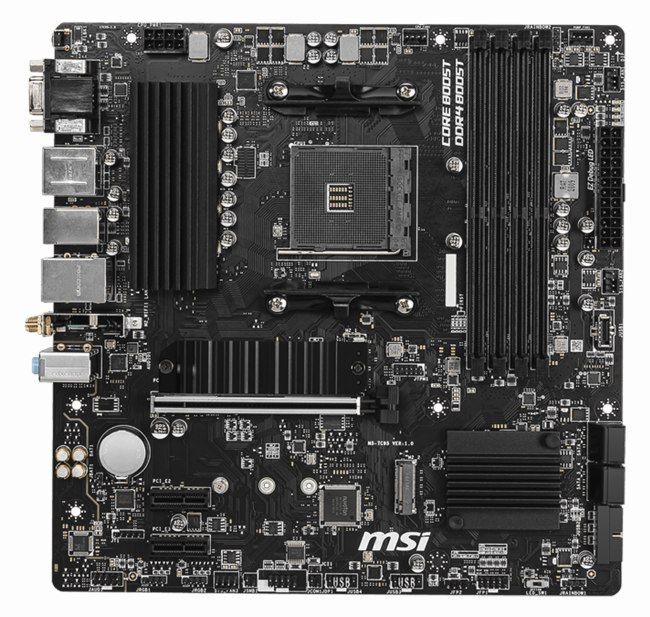 This is a Micro-ATX board with just one PCIe x16 slot and two x1 slots. However, it has more display connectors, the same set of M.2 ports as the rest of the boards but fewer USB ports. Even the audio section is a downgrade in terms of the CODEC as well as the number of audio jacks available. It compensates for its shortcomings by adding dual-band Wi-Fi 5 and Bluetooth 4.2. The B550M PRO-VDH Wi-Fi has a simple VRM circuitry, it uses a Richtek RT8894 configured in a 4+2 mode and uses On Semi 4C029N in combination with the On Semi 4C024N. Just enough to get the job done. The rudimentary VRM is quite cool even when a high-end Ryzen 9 processor is plugged in, so that’s saying something. (Click here to buy)