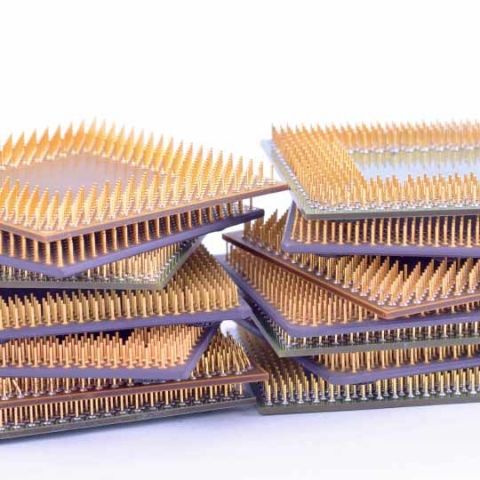 If memory serves me right, AMD’s been on the back foot for a little while now. Like the proverbial French Army that’s been running away from conflicts throughout history, AMD has fallen back on offering a better deal in the entry-level to mid-range segment while Intel reigned supreme with the enthusiasts. Fortunately, both things aren’t entirely true. France’s reputation was cemented by two defeats in early 20th century and AMD’s reputation was cemented by a lacklustre performance by the last few microprocessor architectures. Both have a long history that has seen multiple ups and downs.

The first instance was when AMD used to make Intel architecture based CPUs as an alternative by sourcing the design from Intel itself. AMD’s offerings were often better clocked and sold for cheaper. That stopped when Intel ceased providing the design after introducing the 80386 in 1985. AMD had to reverse engineer Intel’s designs for quite a while until they acquired NexGen and then came out with the iconic AMD K6 microarchitecture. Things turned around for AMD as it now had a product that could not only perform better than all of Intel’s offerings but was even better than what Intel had planned for the future.

The K6 microarchitecture was followed by the K6-2 and the K6-III revisions which only featured minor incremental changes and AMD was seen as stretching the K6 lineup like what many successful authors do with their money-making novels. Then came the K7 architecture which again provided a tremendous leap in performance for AMD and it ensured AMD’s survival in an increasingly competitive ecosystem. AMD broke the 1 GHz ceiling before Intel, it was akin to the Russians reaching the moon before the USA. AMD continued to push ahead with the K8 architecture and released its Opteron lineup for servers which beat Intel’s offerings black and blue. Intel’s saving grace was the ‘Intel Inside’ marketing campaign that made Intel synonymous with the PC.

There were a lot more factors that led to AMD losing its edge. But key among them was Intel’s new Core microarchitecture and their product cycle change. The ‘tick-tock’ cycle had begun.
AMD promised to turn this around with a radial design change which we’d all come to know as Bulldozer. Bulldozer was late in arrival and the boat had already passed. And with AMD’s acquisition of ATI, it started to seem like AMD was juggling too many things at the same time. Aggressive pricing helped and the new Fusion APU lineup helped AMD stem its reducing market share.

AMD’s now on the war foot. The upcoming Zen architecture has been in development since 2012 and they even brought in Jim Keller, the lead architect of the K8 architecture and was closely involved with the K7 architecture. And just recently, AMD even demonstrated an 8-core Zen CPU against Intel’s flagship 8-core 6900K Broadwell-E and showed it to be faster than the Intel unit by approximately 2 per cent. An AMD processor was finally better than an Intel flagship CPU with the same core count at the same core clock speed. Let’s wait for that
to sink in.

What hasn’t been revealed is that there was only one benchmark performed and not a lot was revealed about the test run like the temperature, memory speed, modification of the benchmark software (which in this case was Blender, an Open Source software). Also, AMD has the habit of showing multiple benchmarks to indicate supremacy across that many different types of workloads like it did with the RX 480 but the Zen reveal had only one benchmark.

This makes me wonder how big Zen will be when it comes to comparing apples with apples. But even one benchmark against a flagship Broadwell-E is enough to raise many a fanboys’ spirits from the depths to scream #BetterRed. Only time will tell, but all I hope is that it doesn’t turn out to be another Bulldozer.

This was first published as a column in the September 2016 edition of Digit Magazine. To read Digit's articles first, subscribe here or download the Digit e-magazine app for Android and iOS. You could also buy Digit's previous issues here.