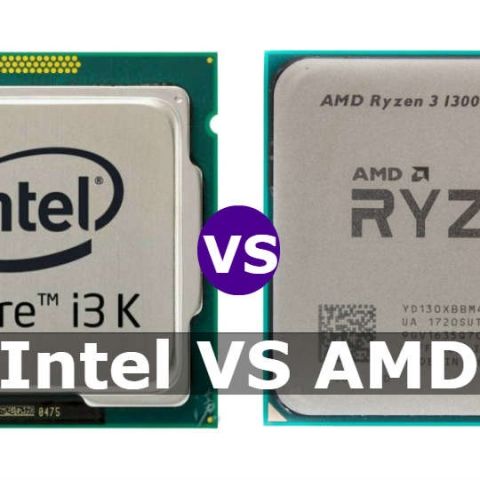 The competition in the CPU space has certainly intensified with Intel having released its first unlocked Core i3 processor under the 7th Gen lineup earlier this year and AMD joining in the fray with its Ryzen 3 series. Frankly speaking, the Intel Core i3 7350K was launched way earlier and thus was not intended to compete with any of AMD’s CPUs since Intel had since long gone ahead with its power efficiency and better performance. AMD’s Zen architecture yanked it back into the race and the Ryzen 3 1300X makes for a great budget PC CPU. Having seen what the Ryzen 3 1300X can do, we await with bated breath to see how Intel will respond to it with the 8th Gen desktop CPUs that are to be launched later this year. As of now there is no confirmation but the Intel Core i3 8350K had its specifications leaked last month and it’s reportedly shaping up quite well as a quad core, non-HyperThreaded Coffee Lake-S CPU clocked at 4.0 GHz. These numbers are purely based on rumours but should it turn out to be true, then it’ll be right in line with the Core i7 CPUs based on certain benchmarks. Obviously, the Core i7 with its HyperThreading has a significant advantage across the board, but an i3 CPU equalling i7 CPUs from a couple of years back is big news.

Both CPUs have unlocked multipliers and are clocked pretty high. The Intel Core i3 7350K has 2 cores and 4 threads while the Ryzen 3 1300X has 4 cores giving it an advantage. With regards to clock speed, the 1300X starts off at 3.5 GHz and goes up to 3.7 GHz and should XFR kick in, it’ll hit 3.9 GHz while the 7350K has a non-turbo clock which is 4.2 GHz. But with Speed Shift and Speed Step, it offers different power steps and quick switching between the same. As for memory, the 1300X has double the L3 cache at 8 MB and 4 times the L2 cache at 2 MB. TDP for both CPUs are very similar but the Intel 7350K is lower by 5W. Let’s see how these CPUs perform out of the box.

At idle conditions, the Intel CPU consumed slightly higher power than the AMD CPU at a little below 5W. This isn’t bad at all, there was absolutely nothing running in the background, the PC had been idle for close to 30 minutes and we hadn’t moved any HID components that would have caused SpeedShift to kick in. We then overclocked the CPU to see how far ahead it could go. At 4 GHz, it averaged around 6.2 W and at 5 GHz, it started pulling in about 7.5 W. Overall, idle pull seems to stay below 8W as we scaled from stock to 5 GHz which is a pretty efficient power draw for a CPU. For load conditions, we used Prime95 and the 7305K hit 40 W at stock frequency and 60 W when OCed to 5 GHz.

As mentioned previously, the 1300X consumed a little below 4W under idle conditions which is quite surprising for AMD processors. So we then moved onto overclocking it to 4 GHz which wasn’t an easy task by any means. The BIOS being fresh out of the oven would conk off every now and then but we managed to reach a maximum stable clock speed of 4 GHz after quite a few attempts. The power consumption for the 1300X jumped to 12.5 W which is quite a bit higher than Intel’s draw at 5 GHz. We started seeing a role reversal after being overclocked. The Prime95 test at stock caused a draw of 56 W and at 4 GHz it jumped to 64 W.

We started off with Cinebench and managed to get 179 in the single threaded benchmark and 457 in the multi- threaded benchmark. Next up was 3DMark FireStrike which we ran while the CPU was in stock as well as OCed to 5 GHz. We managed to get 7312 at stock clock speeds and 8780 under OC conditions. The last benchmark was a Blender render which took 91.4 seconds to complete. Overall, the 7350K ends up being quite a good processor which overclocks really well.

In Cinebench single threaded run, the 1300X scored 147 which is lower than the 7350K but the multithreaded run scored 545, a lot more than the Intel SKU thanks to the 4 true cores. FireStrike at stock clock speeds scored 8236 points while under OC at 4 GHz, it scored 9366. That’s a pretty major jump from 3.7 GHz to 4.0 GHz and it matches the increment that the Intel SKU gained from 4.2 GHz to 5 GHz. Lastly, the Blender benchmark got done in 89.4 seconds which puts it ahead of the 7350K by a sliver.

Intel clearly retains its advantage when it comes to gaming. In all our games, be it under stock conditions or overclocked, the 7350K retains a consistent lead. We used Total War: Warhammer, Battlefield 1 and GTA V and the graphics card used was the NVIDIA GTX 980 Ti. Our FPS scores were well above 60 in all games, and the difference between stock and overclocked conditions didn’t make much of a difference in all the games that we tested.

The 1300X, unfortunately, hasn’t fared well in gaming benchmarks. It ensures a bare minimum of 60 FPS easily but the comparative FPS scores are disappointing. The 1300X scored about 6-11 FPS lower across all games. We noticed that the gaming performance did not scale well with overclocking. While the productivity benchmarks showed a massive improvement with overclocking, gaming on the other hand, didn’t show a noticeable difference.

Power cannot be an apples to apples comparison since the motherboards are on different platforms. However, the figures show a pretty good comparison of the two CPUs. Intel clearly retains its advantage by holding a low power draw except for one condition when the CPU is at its most idle state. AMD’s 1300X has improved its idle state power draw brilliantly but under load and when overclocked, it turns into Frankenstein’s monster.

While the AMD 1300X certainly does consume a lot of power when overclocked, it sure does perform well for all the power it consumes. Aside from the single-threaded benchmark wherein Intel clearly had a massive advantage, the AMD 1300X stayed on top of all the other benchmarks in our productivity suite. The 1300X might not clock as easily as the 7350K (which is absolutely easy to overclock) but the gains pays off well. Gaming benchmarks was where Intel shone through as it consistently remained ahead of the 1300X regardless of the title. While the lead wasn’t great since games are obviously dependent on the GPU rather than the CPU, it’s interesting to see how a real world situation depicts the Intel processor against the AMD. It isn’t exactly a bad processor for gaming, it’s just that AMD needs to work more on optimising game engines for their new processor family. This has been a concern since the 1800X launched earlier this year.

This article was first published in the September 2017 issue of Digit magazine. You can subscribe to the magazine by clicking here.