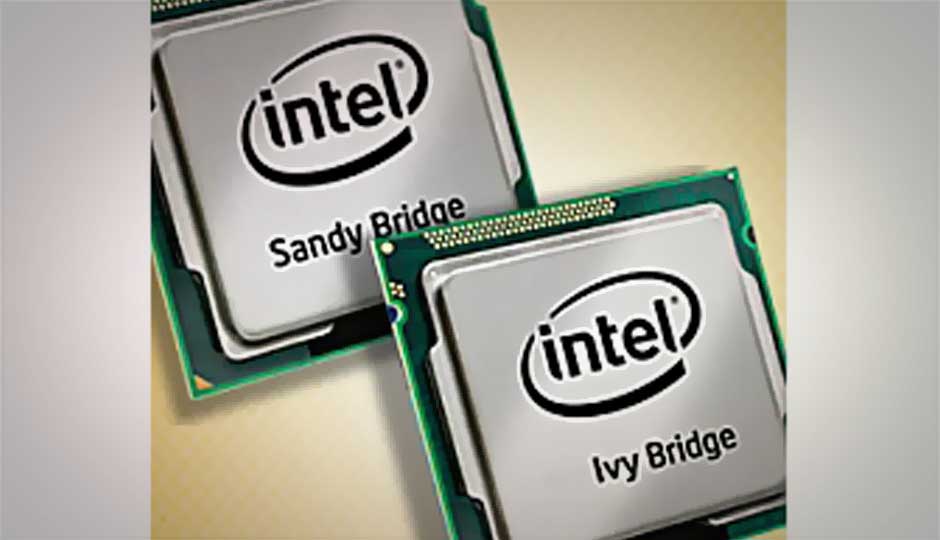 What are the key differences—and similarities—between Intel's second- and third-generation Core (aka Sandy Bridge and Ivy Bridge) processors? We break them down for you.

It happens every year, almost like clockwork—literal and figurative: Intel implements one or the other part of its tick-tock development strategy, which guarantees processor innovation is an ongoing, rather than an intermittent, process. But whether any given year is the tick (a reduction in the production process) or the tock (a new microarchitecture), it can occasionally be difficult to know exactly what's changed, or what impact it will have on you. So if you've been wondering about the differences between Sandy Bridge and Ivy Bridge, respectively Intel's second- and third-generation Core processor technologies, here's a list of the most important differences—and similarities—between the two.

1. Sandy Bridge is last year's news. Intel introduced its Sandy Bridge desktop and laptop processors at the start of 2011, just in time to coincide with the Consumer Electronics Show in Las Vegas. Ivy Bridge, due to a number of delays, arrived in April of 2012, and essentially replaced Sandy Bridge in the market. This doesn't mean you won't still find Sandy Bridge processors, or systems using them, for sale in some places, but they're more or less in their end-of-life cycle now, with the newer technologies and benefits of Ivy Bridge having replaced them.

2. Ivy Bridge is a "tick," Sandy Bridge was a "tock." With its Sandy Bridge chips last year, Intel introduced a new microarchitecture that changed the building blocks of the processor's operation. Because Ivy Bridge uses the Sandy Bridge architecture, just about each individual change Intel debuted before (Turbo Boost 2.0 for dynamic hands-off overclocking, Quick Sync Video for speedier video transcoding, and so on) also applies now. The changes this time around are far less sweeping, with the processing die shrink from 32nm to 22nm being the biggest news. Intel has added some additional features as well—enough, in fact, that for a while the company referred to this year's move as a "tick-plus"—but this is the most fundamental.

3. Ivy Bridge uses some newer technologies. In order to achieve the reduction in Ivy Bridge die size, Intel developed a new kind of three-dimensional "Tri-Gate" transistor. But there are some additional advancements in Ivy Bridge, as well, including support for PCI Express (PCIe) 3.0 and DDR3L (low-voltage) memory, buffed-up security features, and better integrated graphics (see below).

4. Ivy Bridge is faster—but just a little. Performance generally improves more between "ticks" and "tocks" than between "tocks" and "ticks," and you can see this in the relationship between Sandy Bridge and Ivy Bridge. In our testing, for example, an Intel Core i7-3770K Ivy Bridge processor earned in our CineBench R11.5 multicore rendering test a score of 1.65, compared with a Core i7-2700K (the fastest Sandy Bridge chip) in the same system earning 1.58. The chips' scores in PCMark 7 (3,679 versus 3,867) and times in Adobe Photoshop CS5 (2 minutes 47 seconds versus 2:50) and Handbrake 0.9.6 (32 seconds versus 31 seconds) also bear this out. So you will see speed bumps, but they'll be small this time around. Chances are, however, that next year's "tock" will boost the speeds of new processors considerably more.

5. Ivy Bridge uses less power. With die shrinks typically also come a reduction in the amount of power that processor needs to operate. That's certainly true in the case of Ivy Bridge. As long as we were testing the Core i7-2700K and the Core i7-3770K with otherwise exactly the same hardware setup, we decided to take some power readings using an Extech Datalogger. Though the full systems idled at almost the same electricity draw (about 71 watts), there was a stark difference when we maxed out all four of the processors' cores: The Core i7-2700K system needed 166.5 watts, but the Core i7-3700K drew only 136.3—a remarkable change.

6. Ivy Bridge has better graphics... Sandy Bridge processors sported a redesigned video system (available in two flavors: Intel HD Graphics 2000 or 3000, with the latter being more powerful), but one that was limited in a few key ways. Ivy Bridge chips removed one of the chief limitations by replacing Sandy Bridge's dusty DirectX 10.1 (DX10.1) support with DX11 capabilities, and generally improving their speed and functionality. We didn't see enormous frame rate leaps between HD Graphics 3000 (in the Core i7-2700K) and 4000 (in the Core i7-3770K) in our testing with currently popular 3D titles, but we definitely saw some.

7. ...but still not good enough for intense gaming. But the fact remains that, despite these changes, you'll still want a discrete video card if you're serious about playing 3D games like Max Payne 3, Batman: Arkham City, or The Elder Scrolls V: Skyrim. Neither generation of Intel HD Graphics was designed to provide outstanding frame rates in those kinds of titles, particularly with maxed-out graphical details or at larger resolutions, so a standalone card from either AMD or Nvidia will enhance your experience tremendously. Don't care at all about those types of games? Then any incarnation of Intel HD Graphics will suit you just fine.

8. Ivy Bridge and Sandy Bridge are backward-compatible. Intel has a not-entirely-undeserved reputation of forcing people to buy new motherboards every year or every other year if they want to be able to use the highest-performance CPUs available. The good news is that that's not the case with Ivy Bridge. Sandy Bridge processors will work in Ivy Bridge motherboards, and vice versa (although, in that case, you may need to update your motherboard's BIOS to ensure compatibility). You may find yourself a little constrained in some ways by using a newer CPU in an older board, but this is a good way to get your hands on the latest technologies without having to perform a full-scale upgrade on your PC. It's also a good way to reduce confusion in the market—and one we'd be happy to see Intel adopt again in the future.