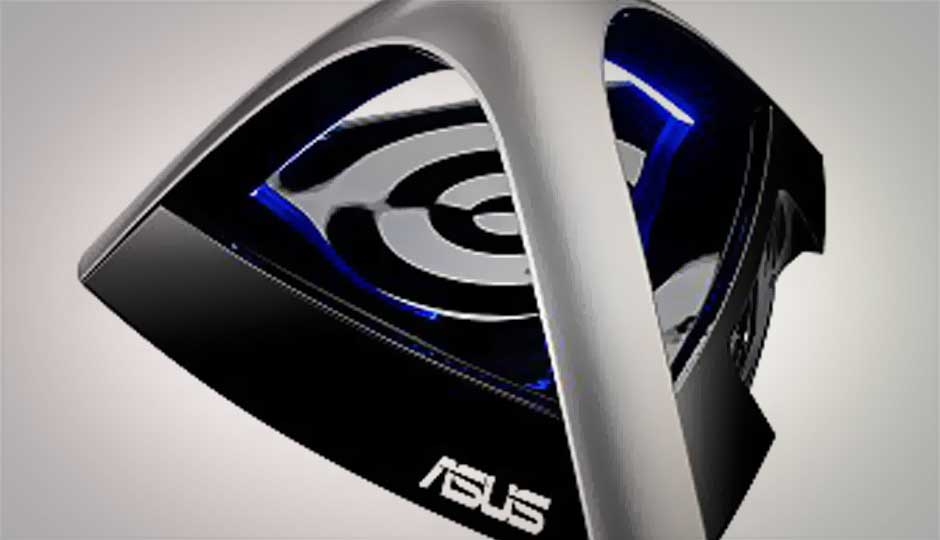 In our previous coverage of these networking devices from ASUS, we had looked at unboxing and preview along with their setup and configuration.

We found the installation and administrative panel of the ASUS RT-AC66U, RT-N66U and EA-N66 very easy and hassle-free and their design to be in a league of their own. The added boxed contents of all the three devices were enough for setting them up.

Going forward, we’ll describe the plethora of features provided by all the three devices and the options they provide that make them amazing to own and use. As mentioned before, this router from ASUS is based on the newest wireless 802.11ac standard and it’s a dual-band gigabit router. We must say that it is seriously tough to put this router through its paces, as in India we don’t get the amount of bandwidth required to do so which is 1750 Mbps. Not only does this router have a great design but it also has a well structured interface. The number of options it provides in its menus and sub-menus are what most of the networking fanatics out here would have asked for.

Let’s start with it’s list of features, understanding them step-by-step as we go.

First-up when we log into the router, the first page to pop up is the index page. The index page has the “Network Map” open by default which shows us the current Internet status, security level, system status and also a flow chart of connected devices. 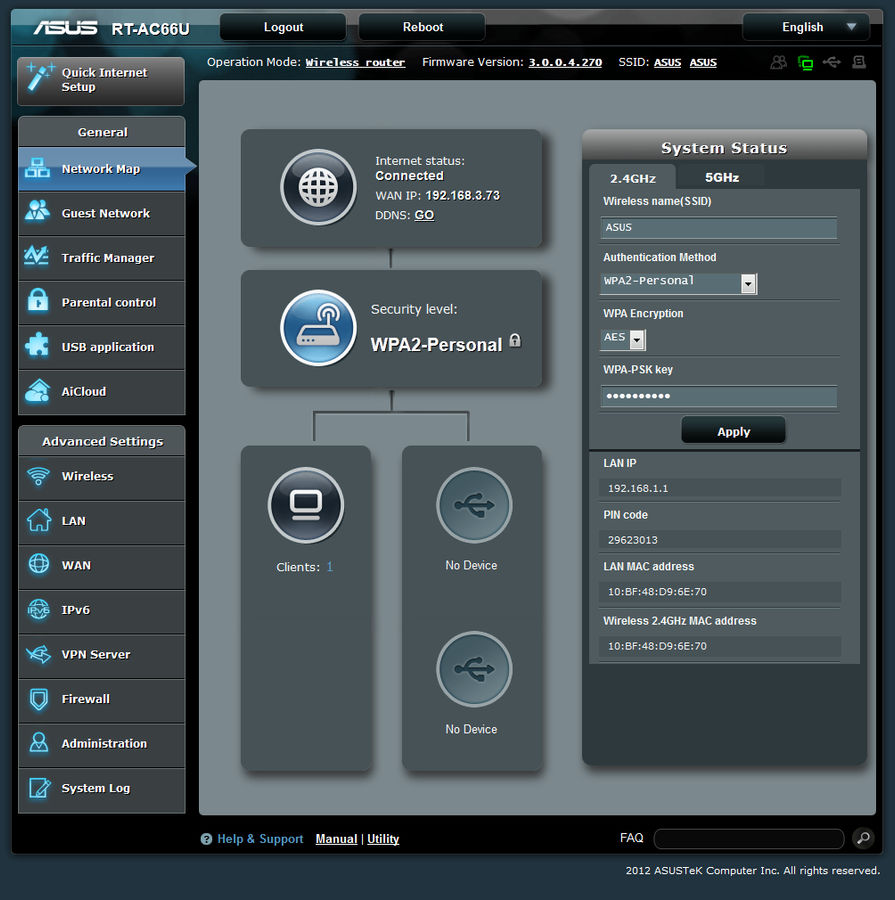 When we add a USB device like a flash drive or a 3G dongle to the router, the added device is also shown in the network map. Clicking on the device icon will show you the status of the device. If you connect a flash drive, it will display the model name, space available, total space along with the media server and “AiDisk” launch features. It will also give you the option to safely remove the disk from its status page itself. The “Network Map” also adds the option to toggle the Internet connection on or off and provides some other network details.

This is the inbuilt Traffic Manager

Another feature is the Traffic Manager. It provides a QoS (Quality of Service) feature which ensures the network’s speed performance by setting up rules for online gaming and web surfing for maximum performance. A sub-menu in the Traffic Manager adds a graph which allows you to monitor the incoming and outgoing packets in your network connection for the wired as well as wireless connections individually, with a date and time stamp. This enables you to monitor the Traffic on your network connection in Real-Time.

Parental Control is also incorporated into this router making it easy to set the time limit and control a client’s network usage in the management map. The page also provides us a link to a tutorial video on Youtube which explains how to setup and use the Parental Control feature. 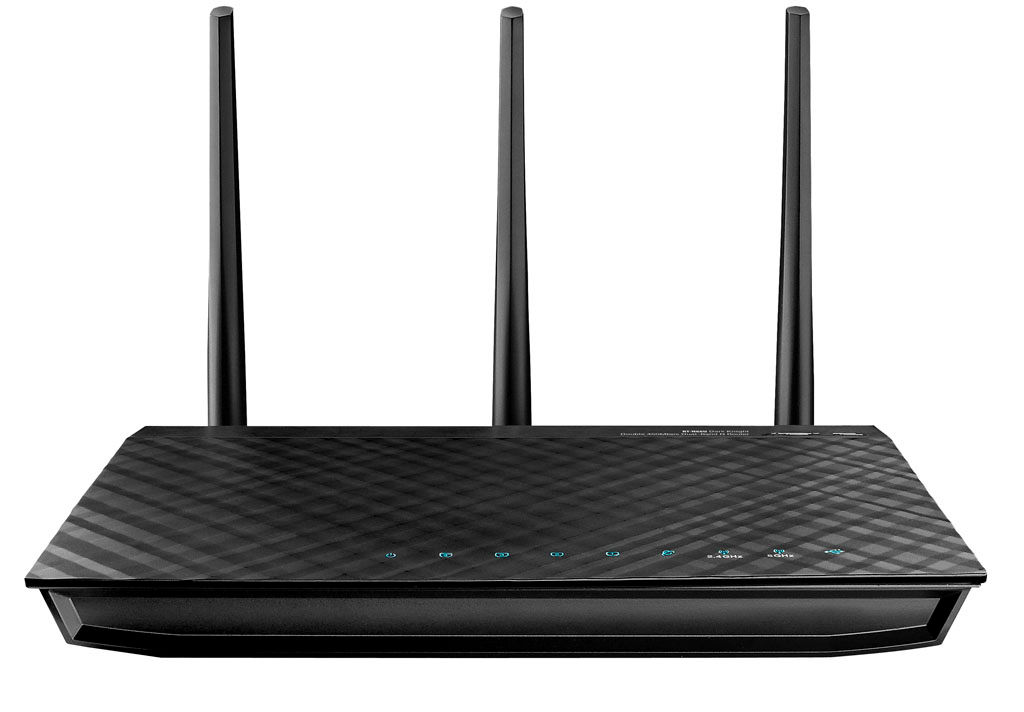 The index page of this router shows you the Network Map by default. Clicking on the LAN option takes you to the advanced LAN settings page which have the LAN IP configuration. These settings can be used to configure the LAN settings of RT-N66U. The next submenu is very elaborate as it has an in-depth list of options relating to the DHCP (Dynamic Host Configuration Protocol) Server with the Basic DHCP config, DNS and WINS server settings and manual assignment. 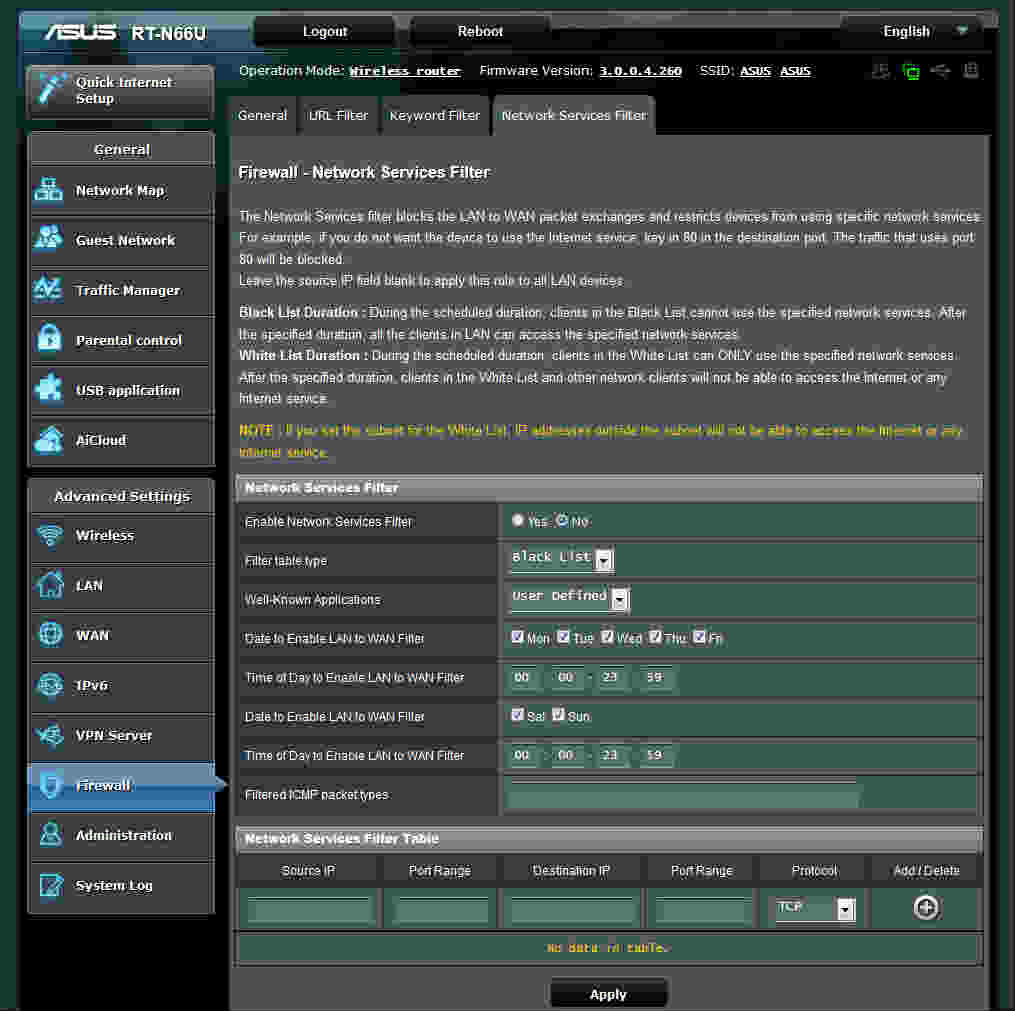 These were a few of the important features of the ASUS RT-N66U, and we have to say here that apart from its design, it also has an amazing feature set. 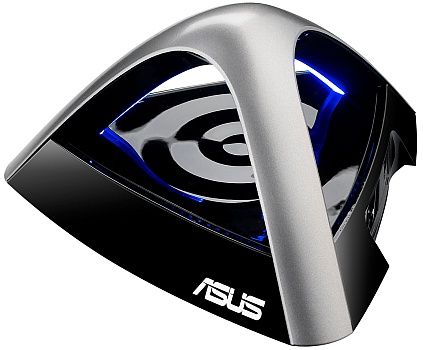 The ASUS EA-N66 is a 3-in-1 dual band ethernet adapter with the wireless-N 450 specification which provides three of the most useful features such as the Ethernet adapter mode, Access point mode and the repeater mode.We loved its small, pyramid-like yet functional design.

The easy to use interface of the ASUS EA-N66

We can select any of these modes by using its control interface and set it up depending on our area of usage. There are none of those pesky and difficult to use controls in its interface, which make working with it a breeze.

Check out our setup video for this adapter here.