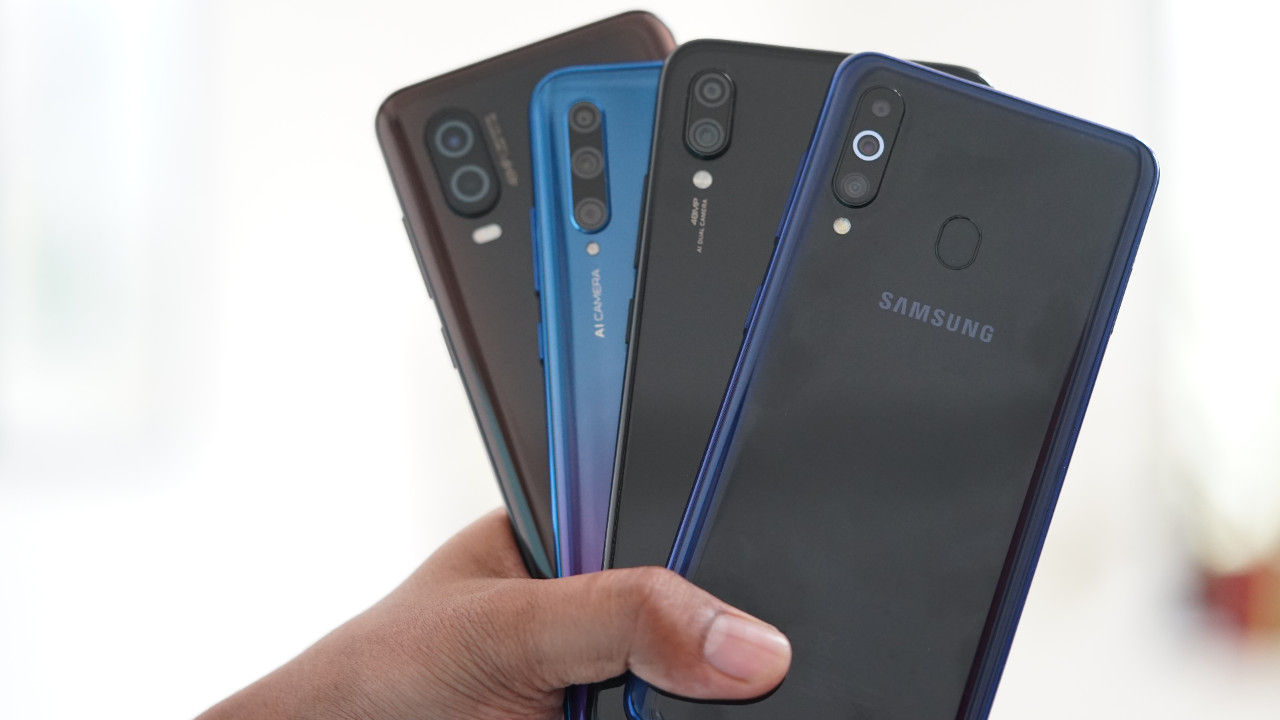 Here are the best camera phones you can buy on Amazon —

With smartphones becoming smarter by the day, the camera is one that gets the most attention. We now get cameras with 48MP cameras and then there are triple-camera setups that offer the capability to shoot zoomed-in and ultra-wide photos as well. Which one should you go for? Here are the best camera phones you can buy on Amazon —

The Xiaomi Mi A3 is one of the best budget camera phones to buy thanks to a triple-camera sensor on the back. There's a 48MP camera which takes sharp, detailed photos while a dedicated night mode helps take sharp photos in low-light. Alongside that, there’s another 8MP wide-angle camera and another depth sensor. The camera UI also comes with a pro mode that allows you to shoot in RAW format while a dedicated 48MP mode helps you take hi-res photos.

The Samsung Galaxy M30s also rocks a triple camera unit on the back with a 48MP primary sensor followed by an ultra-wide and depth sensor. There's also a dedicated night mode and a scene optimiser which reads the frame you're shooting and adjusts the settings accordingly. On the front, the Galaxy M30s comes with a 16MP selfie camera with the option to take portrait and wide-angle selfies as well.

The Nokia 8.1’s 12+13MP dual camera is co-developed by Zeiss, a renowned German brand known for its lenses. As such, the Nokia 8.1 can take highly detailed photos in the day. It’s HDR performance is especially good while the portrait mode can be used to take photos of people’s faces with flourishing bokehs in the background.

The Samsung Galaxy M40 features a 32MP camera housed in a triple-camera setup that also features an ultra-wide camera and a depth sensor. On the front is another 16MP camera for selfies. The Galaxy M40 can take detailed photos of objects that are well-lit and portrait photos of people, pets and more.

The Redmi Y3 is one of the few phones to come with a 32MP selfie camera that can shoot well-lit selfies even under low-light. On the back is a dual-camera setup that also takes decent shots. The phone comes with Xiaomi’s proprietary AI beautification algorithms and a portrait mode on the front, which should make selfie-lovers happy.

The Samsung Galaxy M30 gets a triple-camera setup on the back which includes a 13MP primary camera and two 5MP cameras for ultrawide shots and depth sensing. The phone is capable of shooting sharp photos in the day while the in-built scene-optimiser works to improve the colours. The Galaxy M30 also comes with a 16MP camera on the front.

The Vivo V15 features a 32MP pop-up selfie camera which is backed by Vivo's AI beautification algorithm and a night mode while on the back, there is a 12+8+5MP triple rear camera. The 8MP sensor can take wide-angle shots while the 5MP is used for portrait photos. The rear camera setup is also assisted by AI scene recognition and shot-suggestion features.

The Poco F1 is one of the fastest budget phones, and can also take good photos. It’s 12+5MP dual camera can take sharp photos in the day, enhanced by Xiaomi’s AI algorithm and a dedicated Night Mode helps take photos in low-light. There’s also a 960 FPS slo-mo mode and HDR capability. On the front, the Poco F1 has a 20MP selfie camera that bins four pixels into one to offer a sharp selfie in low-light.