Apex Legends Mobile vs Apex Legends on PC: Key differences that we noticed while playing the beta 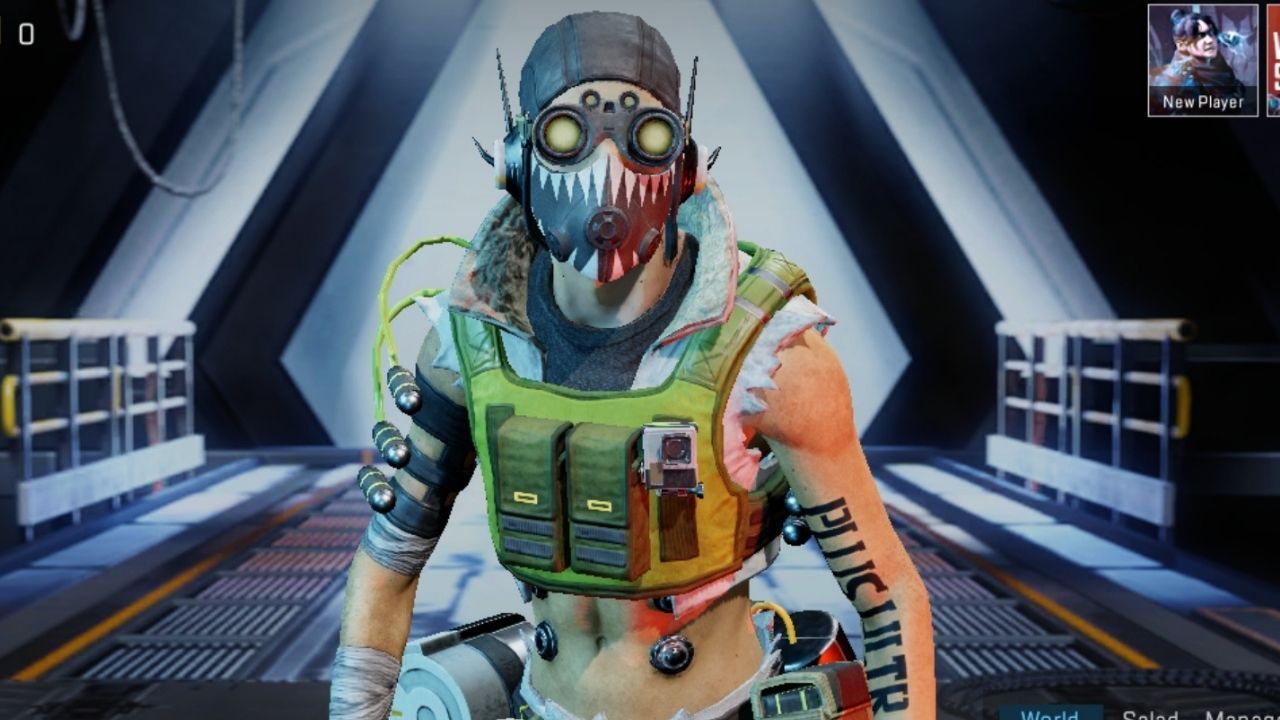 Apex Legends Mobile is now available to play in India for some users who had registered for beta testing back when it was first announced. I have already shared my initial impressions of the game after playing a few matches. Well, I'd be lying if I said I haven't been playing the game a lot since it unlocked for me yesterday. Doing so, I have managed to notice a lot of difference between the PC version of the game that I have come to love over the years and this mobile version.

Obviously, there's going to be a lot of difference between playing something on a dedicated gaming PC vs experiencing a version of it on a petite smartphone screen. But I am talking about some key differences in terms of features that are new to the mobile version of the game and are surprisingly missing on the PC version. Let's dive into it, shall we?

As I was exploring various options on Apex Legends Mobile, I noticed a tab that kept refreshing with random messages. Tapping on it revealed a separate chat window in which I was seeing messages from, well, random people. Even I was able to send messages in the World Chat after hitting level 5. I even interacted with a few people and we exchanged our thoughts about the game and what we thought could be fixed. 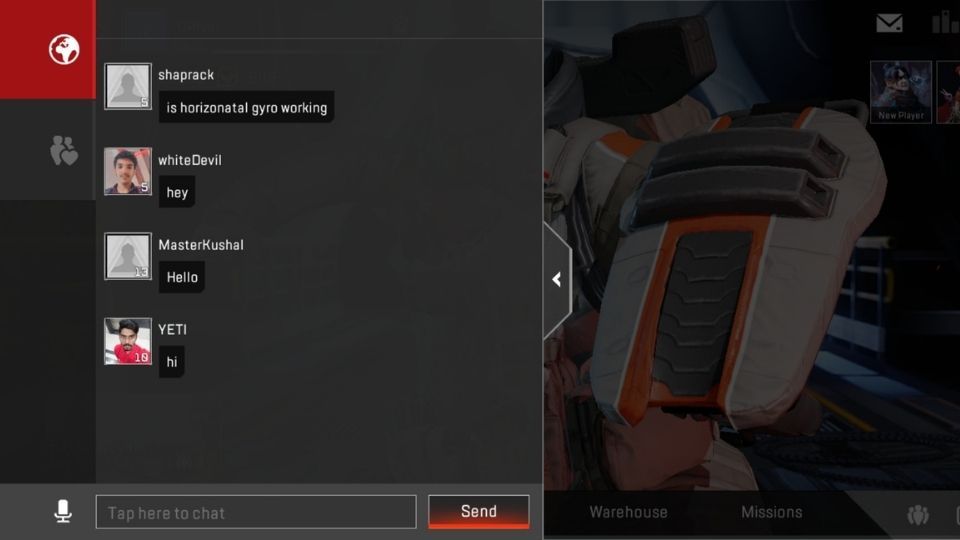 It seems like a temporary feature with which may be the devs wanted to offer an interactive panel to discuss knowns bugs, glitches, etc. I don't think having a World Chat would be viable, especially once the game is out for everyone to download and it has millions of players. Not to mention, having something like a world chat also encourages toxic behaviour.

While this is a cool feature to have during the beta with a limited number of players, I don't think this would be a good feature to have in the final build. Either way, this is completely missing on the PC version, so I thought it is worth pointing out. 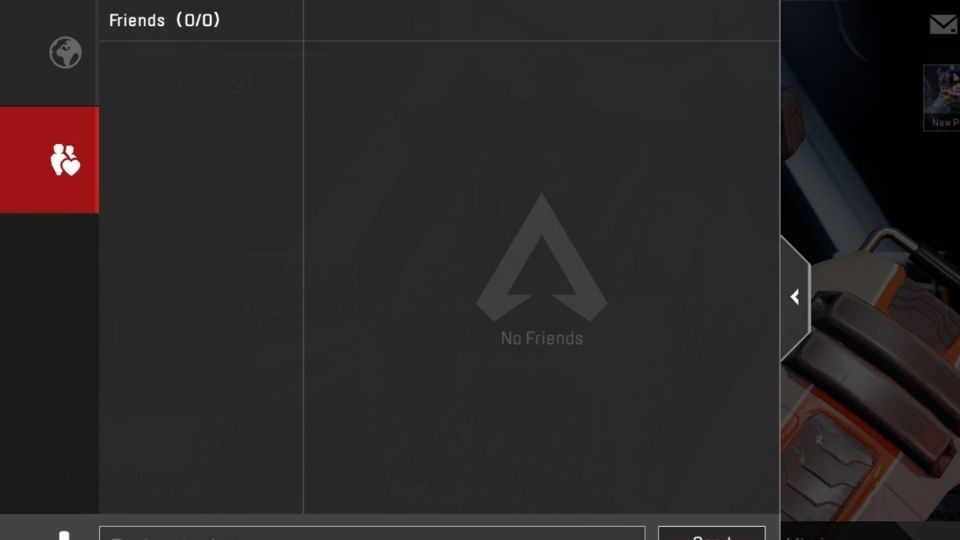 Friends chat is empty for me now (since this is beta) but hopefully, you'll have friends.

One thing which I don't like about Apex Legends on PC is that it doesn't have an in-game chat feature to talk to your friends outside of your party. Having friends chat is always handy to quickly have a chat and ask if they are available to play, etc. But the only you could that is either by sneaking into their party or using the game launcher's chat like Origin or Steam. Unlike the World chat feature, I would love to have friends chat option on the PC version of the game too.

Apex Legends, just like most other free-to-play games, makes money through in-game cosmetics. These items are listed on the store and the Apex Legends Mobile also has one that's currently populated with all the legends and gun skins. The store looks radically different from the PC version, both in terms of the layout and the items. 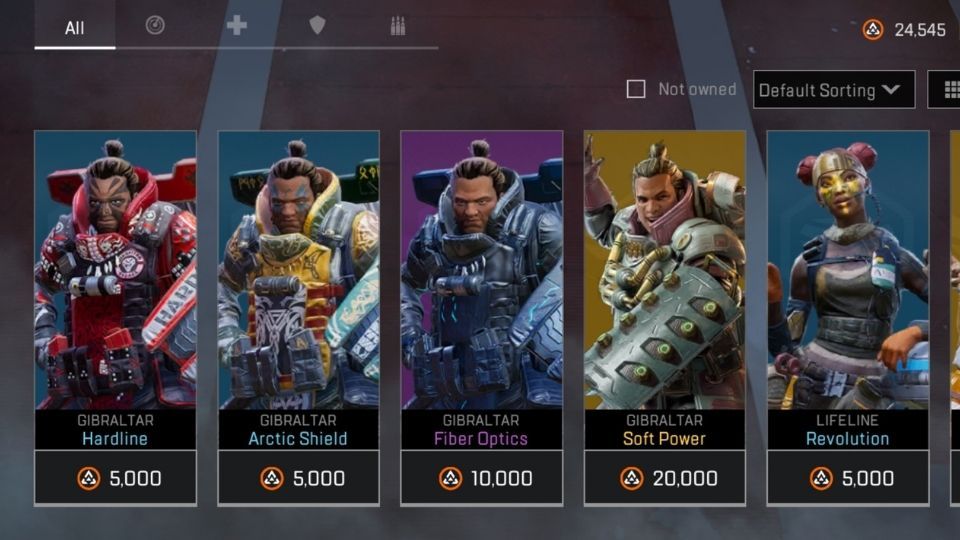 Unlike the PC version of the game in which the legends and weapon skins are listed on the Legend selection menu, the skins are mostly populated in store on the mobile version. I am totally aware that this will change once the game officially rolls out for more users. After all, there's no point in making cosmetics if there aren't going to be enough players, right? It's also possible that all the account stats will reset once the final version of the game rolls out.

Yes, Apex Legends Mobile has aim-assist. In fact, it's hilariously strong and it felt as if I literally had to put no effort to hit the targets. In fact, I even noticed that my aim was locking on to targets. I could be over-exaggerating but the aim-assist is strong with this one. In addition to that, you also get some other options to make the game feels easier on mobile phones. 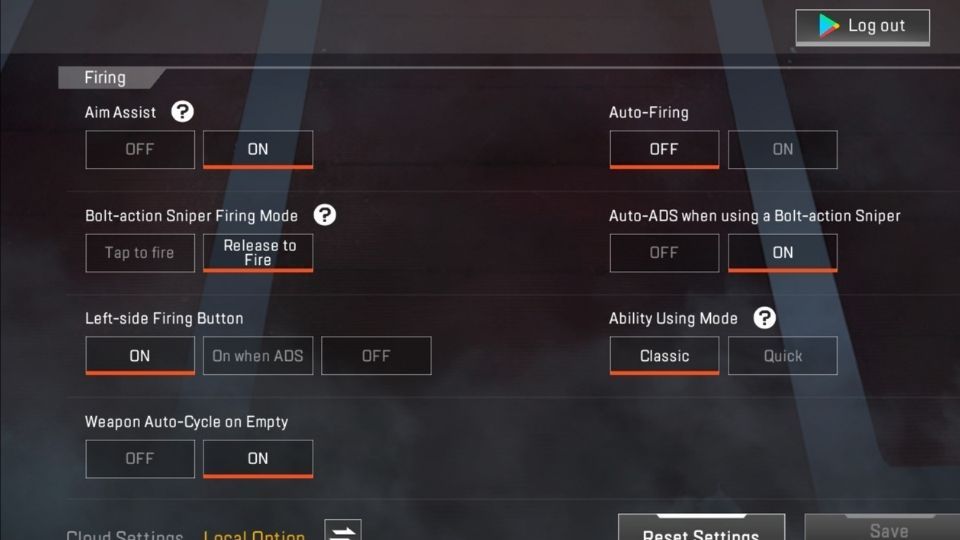 For instance, you can also turn on auto-fire which means the weapons will automatically fire once you aim at the targets. This isn't exclusive to Apex Legends Mobile and I have also used this feature in the past in Fortnite and a couple of other games on mobile. It flattens the learning curve and makes it easier to get used to the game for newbies. 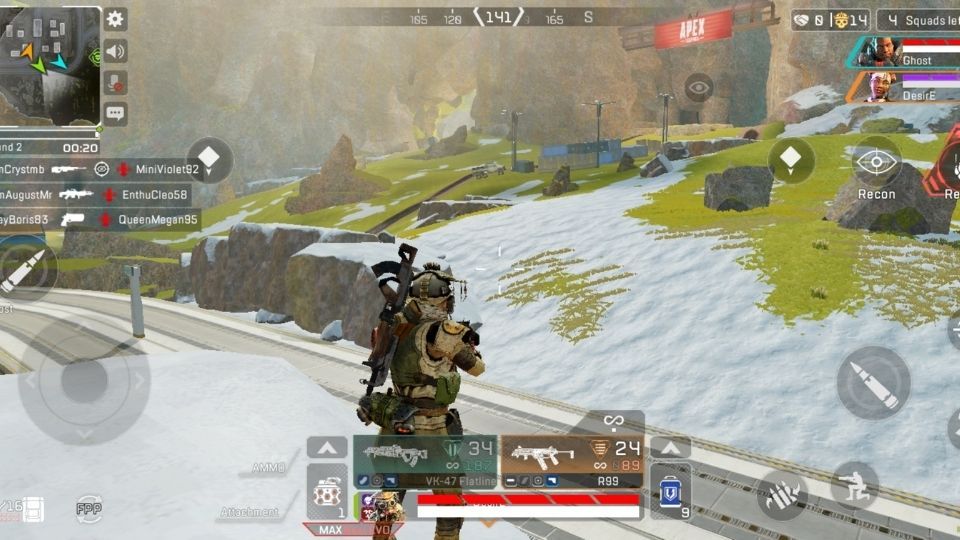 Apex Legends on PC has incoming damage indicators which help you locate the direction from where you are getting shot at. But in addition to that, the mobile version of the game also includes visual cues for gunshots and footsteps, similar to PUBG Mobile and Fortnite. This will help you locate your opponents or help you understand where the nearby fight is happening in case you hearing issues or don't have good quality headphones to listen to audio.

I can list a lot of other small differences like being able to automatically pick up the ground loot. You can simply hit a single button and your legend will pick up the necessary items from the ground like attachments, heals, ammo, etc. while leaving unwanted items on the ground. The legend selection screen is also slightly different and it has a nifty little feature that lets you request a legend if the person picking before you choosing the same legend.

Apex Legends Mobile, as I had mentioned in my first impressions story, isn't there yet. Respawn has a lot of ground to cover before the game hits the marketplace for millions of users to play. That being said, they are off to a good start and I hope to see some solid progress over the next few months as the beta opens up for more people.