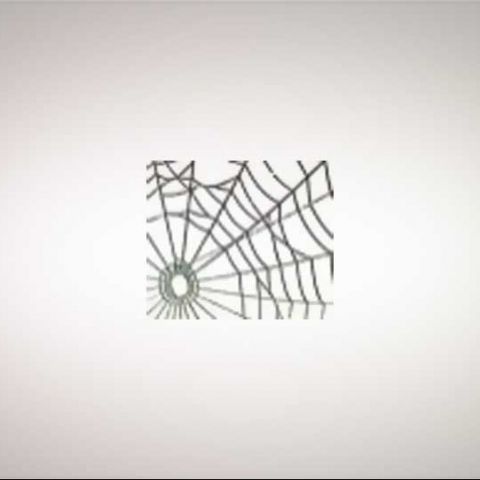 Web apps and services feature as a big part of most of our daily lives, and are mostly taken for granted, and for that reason, we’d like to pay tribute to some of the best of 2010. While some of the biggest apps and services that we have honoured have been around for a while, numerous enhancements in feature sets made this year, as well as their continued relevance in the current scenario make them eligible. Sheer ease of use and the raw capability of each web app/service was another important factor in our evaluation.

Microsoft’s Office Web Apps, was released in June of this year, and has already made a mark on the web app scene. A free web-based version of Microsoft's Office productivity suite, it includes web-based versions of Microsoft’s much-loved Office software, including Word, Excel, PowerPoint, and OneNote. The main advantages of cloud based Office productivity stem from anytime, anywhere accessibility, as well as online collaboration. Supported web browsers include Internet Explorer 7 and later, Mozilla Firefox 3.5 and later, Google Chrome, and Safari 4.

The Office Web Apps service is meant to replace Office Live Workspace, and ties in with Microsoft's Skydrive storage service that offers 25GB storage. The service is integrated with Office 2010 so you can save documents straight to the web. While it is a slightly watered down version of Office 2010, but has enough features for casual users. While it still lags behind Google Docs in features but it is has much better compatibility with oft-used Microsoft Office formats.

Google Docs has seen quite a few changes in 2010, from abandoning IE6 to completely renovating its Docs engine. Google Docs is now one of the most comprehensive document suites online. Just this year, the Google Docs team have added nine major new features:

Google has certainly developed Google Docs a lot this past year, seriously upping the game that Microsoft is now jumping feet first into.

3. Gmail
[RELATED_ARTICLE]Gmail, one of the most used email providers in world, has seen numerous updates in 2010, with plenty of Gmail Lab updates ‘graduating’ into the standard version, and plenty of other new features, including a revamped interface, and a new mail sorting mechanism. Other new features offered in 2010 include:

This rather simplistic social network seems to be here to stay as people are joining it in droves, or rather, flocks. 2010 saw quite a few changes incorporated into the Twitter service, and the biggest of them was a new revamped interface that was richer in media and real-time. Other new features include:

Easily the biggest social networking service on the web, Facebook claims to have in excess of 500 million users. An integral part of many people’s lives, Facebook has also been the favourite target for privacy groups. While no social network has been spared from controversies regarding privacy, Facebook has faced the brunt of the unrest, despite that it has gone through a lot of security and privacy changes in the past year. Major changes include:

This incredible web application by Adobe brings some very powerful content creation and publishing features to the web. Called an “all-in-one content creation and publishing application”, Project Rome lets “virtually anyone at work, home or school inject the power of graphics” into their work, and easily share it with the world. It is available both as a web app and a desktop app. Features include:

7. Ubuntu One
[RELATED_ARTICLE]This great service by Canonical made Ubuntu's 10.04 upgrade more than just a simple OS update. A storage application, Ubuntu One is currently in public beta, but has already made it mark with its innovative approach to synching and media streaming/sharing/consumption. Essentially, the service enables users to store and sync files online and between computers, both Ubuntu and Windows. A free Ubuntu One account offers 2 GB of storage, which can be increased to 20GB with a paid upgrade of $2.99 per month. An Ubuntu One Mobile packages for iPhone and Android phones also exist for music streaming.

Ubuntu One is quite unique compared to other similar service providers, by providing a range of integrated features that are work well with standard Ubuntu apps, such as Evolution and Tomboy. Additional support is also forthcoming, including local network synchronisation, browser bookmarks, and enhanced application synchronisation with the Ubuntu Software Center.

The world’s most used VoIP service, Skype apparently accounts for a significant portion of international calls made in the world, with a report by TeleGeography Research stating that Skype-to-Skype calls accounted for 13% of all international call minutes in 2009, or how 406 billion international call minutes a total of 54 billion were used by Skype calls. No bigger endorsement is required. Skype 5.0 has introduced some great new features, including 4-way video calling, automatic dropped call recovery, improved interface, updated mobile clients, and Facebook integration in form of friends/Phonebook, IM and SMS, and news feed support. Offline Facebook message support has also been added, stored free for 30 days on Skype’s servers.

Working like a P2P service, Skype is unlike many other VoIP services in that it doesn’t run on any dedicated servers, offering extremely great value that’s just about free in most cases.

9. Picasa
One of the most popular photo-sharing services (Picasa Web Albums), Picasa is also a web app with its image organizer, view and editor features. A blend of “mi casa” and “Picasso”, the name means a home for personalized art and pictures. It offers wide support for even legacy operating systems, including Windows 98, ME, and 2000, apart from complete support for all modern operating systems. Its numerous features include: organization and editing, keyword data management, image meta search, image backup, face recognition, geotagging, and more.
Continually innovating, we know we can expect more great advances in field of photo-sharing/viewing/editing from Picasa, from the method of uploading to automatic meta-data generation.

Definitely the smallest player in our list of web apps and services, Aviary can easily compete with Adobe’s online content creation suite, Project Rome, though developed by the relatively unknown Worth1000. Built on the Adobe Flex platform, Aviary has a whole bunch of web-based multimedia applications to offer, each of which is named after a bird. Available absolutely free-of-charge, users can use Phoenix for image editing, Raven for vector editing, Myna for audio editing, Roc for beat generation, and the many other bird-named services. Worth1000 plans to introduce many innovative new services and applications in the Aviary application suite soon, including pixel pattern recognition software, a word processor, image resizer, font creator, terrain generator, and video editors. Go Aviary!