The hunt for the Fastest Browser on Earth - Part II, Judgment Day 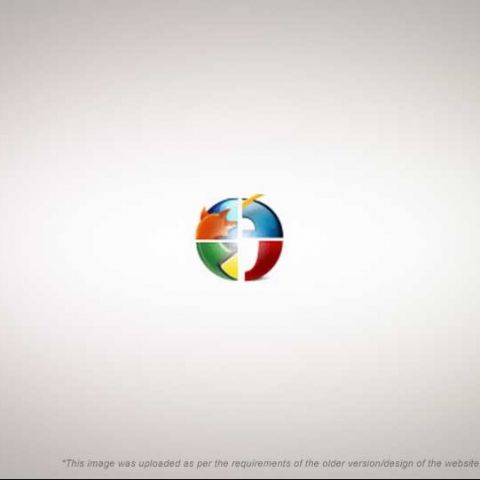 ...Continued from Part I [where we took a look at the tests these browsers will be put through]

Opera scored a flat 100 out of 100. So what? Both of the Chrome brothers caught up and even Safari managed to score the same. Firefox maintained its legacy with 94, Minefield though bettered its stable sibling with a score of 96. Oh yes, Internet Explorer 8 - shameful at a meager 20 out of 100, even less than the score of Mozilla Firebird, a pre-v1 build of Firefox which is over 5 years old! IE9 brings with it a ray of hope though, it did much better than IE8 but still far from its competition.

As you can see, in all the benchmarks, the Chrome siblings are playing neck to neck. Opera runs close behind in nearly all these test and Safari is also a respectable performer. As for IE9, we can only tell you that the platform preview performed better than both the Firefox versions in all the tests except the CSS Selector, which it failed to perform.

You might have noticed Opera surpassing everyone by a mile in the Dromaeo test. This needs a little explanation here. As we said in the previous part, Dromaeo is actually a series of tests which are given internal weightages to come up with a final score. Under these tests: Firefox comes on top when its about Array & string operation, and Chrome is on top when its about "code executing & encoding/decoding". However, when we looked at another sub-test of Dromaeo, called the "Regular Expression" handling test, we found that Chrome does the best processing uncompiled data, while Opera performs 100 times better than its competitors when processing compiled data. Is this a fault in the Dromaeo test or is it a programming feat pulled of by the Opera team; something to do with their tweaks to the Native Code Generation? If so, then questions arise - why isn't this reflected in the other tests? Is this speed boost really going to make any real-world difference? And is this speed the highest Opera can achieve, or we can set our expectations even higher.

This test from FutureMark presented some very interesting and varied results. Generally, Opera and Chrome [Dev] dominated on all the aspects and attributes tested. While Opera outperformed all others on its trademark feature - page rendering; Chrome [Dev] performed better than the rest when it came to Social Networking or Complex Graphics Manipulation. On the other hand, in text parsing and DOM Operations, Chrome [Dev] was a straight-set winner, while Chrome Stable and Opera competed for the 2nd place. IE9 was miles ahead of IE8; it still lacks the ability of complex graphics rendering though.

You may notice that Data handling/manipulation is not Opera's forte, whereas Firefox and Minefield produced a good result under this sub-test; Chrome [Dev] though, wins this round as well. So, if we combine the results: Chrome [Dev] comes as a Clear winner of this round. Opera and Chrome compete hard for a 2nd position; the Firefox siblings make for a somewhat satisfactory score sheet and Safari doesn't fare well on the page rendering test. One last thing: that even version 8 of Internet Explorer doesn't offer the minimal support for complex graphics, and no HTML5 abilities!

As we will see in the results below, the Google siblings present a photo-finish, with Chrome [Dev] edging out the stable version by a very small margin; nonetheless, proving yet again that Chrome's V8 engine is the best for this task. Opera almost caught up to them in speed, but is still 3 per cent slower, which is a marginal difference. Safari comes across as a stable performer - it might not get much of a spotlight or blow through tests - but performs adequately across the board.

Last but not least, while Firefox didn't do too well here, Minefield kept crashing each time we tried to load the page (not unexpected considering it is a nightly build, so things might change; literally overnight). Internet Explorer (IE8 or IE9), failed to run this test as it does not support the <canvas> tag (or HTML 5, for that matter).

In nearly all tests, Google Chrome was a consistently high-performer. From the performance of Opera 10.50, we can definitely say it's "one of the fastest browsers till date" - excelling in some aspects and keeping a good record for all facets, a definite improvement over its previous versions, and well suited for the web that lies ahead. Still "Earth's Fastest Browser", it is not -- not yet at least. Safari performs admirably, which is to be expected since it shares a core with Chrome, and is in fact the original webkit browser. Some may find it lacking in the user experience it offers but this is not a usability test, so we will avoid passing judgment on that front. Finally, with a heavy heart, we have to say - Mozilla, it's time to show us some magic. Firefox enjoys a healthy market share but it did not fare like a market leader ought to (never mind IE's performance). Unless Mozilla Firefox intends to be happy being just ahead of Internet Explorer 8 in most of the tests, things need to change fast on that front. Luckily there are some good signs of just that...

A point to note before we move on: If we had taken a note of performance against resource utilization, the result might vary significantly. Google Chrome is a behemoth in terms of runtime footprint, and even Safari doesn't play well at this. Opera 10.50 is a more balanced proposition here: it comes with moderate processor and memory usage (comparable to Firefox) but gave good results (comparable to Chrome). Internet Explorer 8 may be the most resource-friendly browser of them all - but we've all seen how it performs. As it stands, Internet Explorer 8 is the best tool to download another browser...

We didn't count exactly how many times a browser crashed during our tests - but surely, stability makes for an interesting aspect too. Being just a preview build, Minefield & Chrome [Dev] didn't crash as many times that we felt the need to remove them from a test (Minefield only crashed whenever we ran the JSNES test). On the contrary, despite being a stable release, Opera 10.50 crashed a few times; more than a stable release ought to. Rigorous usage of Internet Explorer 8, Safari and Chrome ended up in an odd crashed session or two, but Firefox didn't crash even once throughout the test period. Nice!

Frankly, we would be hard-pressed to choose between Google Chrome and Opera 10.50 at this point. While Chrome's performance, user experience and even interface is a lot more futuristic than its competitors, Opera gives us a clue to how much improvement is possible in a browser's speed through native code generation. Opera 10.50's claim for being the "fastest" is not very far from the truth. If you go by numbers though, Chrome won - whether the stable version or the developer version, Google Chrome beats its competitors more often than not, and is the fastest browser out there, as of now. If there is one concrete conclusion to take away from this test, it's that Internet Explorer 8 performs the worst of the lot, but that dead horse has been flogged enough.

We also ran some "real-world" tests on these browsers. Essentially, we ran sites heavy on JavaScript such as Google Wave, Threadsy, and so on. Except for Internet Explorer 8, now even Opera 10.50 can treat them well. But we noted that the site-browser interaction was not very uniform and consistent across these browsers. Minor and unusual, or unexpected behaviour was noted more than once. But usability and compatibility was not the focus of this test, it was only speed. So we thought it best to let this space open for you to test and comment on. Post your thoughts and share your personal user experience with a browser. After all, a browser is a very personal experience.

You are also welcome to join us on the ThinkDigit Forum to continue this discussion - please join us, if you are not already a member.