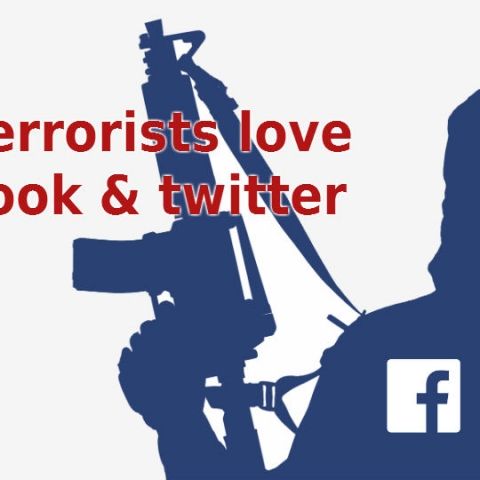 There’s a scene in Four Lions, a British movie that takes a comic look at Islamic radicalism in the UK, in which a group of radicals are trying to shoot a video for YouTube while wielding toy guns, a video that attempts to both glorify them and to encourage others to join their ‘cause.’ An exchange that happens during the scene goes as follows:

That scene is a funny yet accurate representation of how social media plays an important role in the lives of radicals, fundamentalists and terrorists. As a result of the growing use of social media by radicals and terrorists, it’s more than a possibility that they face the same problems as we do when using platforms like Facebook, Twitter or YouTube. However, while there is a vein of humour to be found in that, it’s, in fact, shocking and, frankly, a little terrifying when you delve into the short yet rich history of how terrorists have embraced social media to reach out to potential acolytes and spread misinformation and their version of the ‘truth’.

The reasons why terrorists and terrorist organisations flock to social media are often the same for them as they are for you. Social media has negligible cost of entry, is free to use for life, and provided you are careful, lets you exist anonymously on the Internet even while you’re communicating with hundreds of people. While it’s possible to be anonymous and discreet on a social network like Facebook, something like Twitter makes it even easier to conceal yourself behind a shield of anonymity. No wonder a 2012 study by the University of Haifa found that 90 percent of terrorist activities online were being conducted through social media. The study discovered that not only were terrorist organisations using social networks to spread the ‘word’ but were also joining various groups and ‘friending’ people using fake identities in order to gather information and spy on them.

Terrorists have especially taken a shine to Twitter, the ubiquitous micro-blogging tool that’s as much a part of our daily lives today as any other name in technology. In fact, in April 2013, the Syrian Electronic Army, branded by the FBI as a terrorist organisation, hacked the Associated Press’ Twitter handle and tweeted that the White House had been attacked and U.S. President Obama injured which led to the New York Stock Exchange losing $136 billion. As such, a study by the Woodrow Wilson Center found that Twitter was even more popular than Facebook among terrorists as a quick, efficient way to communicate among themselves or broadcast to the world.

A UN report published in 2012 (PDF) also underscored how important both Facebook and Twitter had become to terrorist organisations and radical movements and highlighted how the absence of borders online had made it easier for them to communicate with each other. 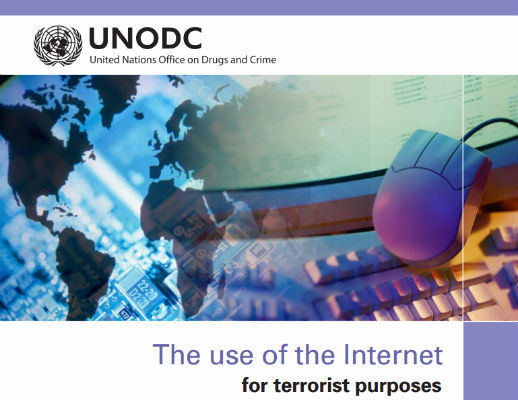 A report written for the American Department of Homeland Security in 2010 revealed how Facebook was being used by terrorist organisations to share “recipes” for IEDs (Improvised Explosive Devices) and to teach combat through instructional YouTube videos on topics like handling and taking care of an AK-47 rifle and “tactical shooting”. The same report also recounted the steps that terrorist sympathisers were asked to take when creating a new Facebook account including the mandatory use of Tor software for maintaining online anonymity and using unique passwords for every account they use even across different websites. 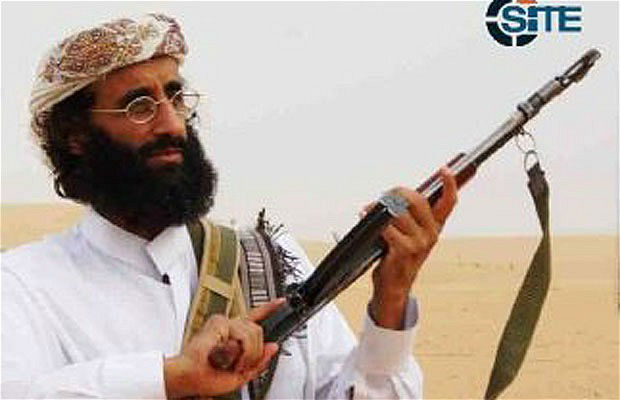 Governments have also pointed fingers at social messaging apps such as Skype and Whatsapp as being hotbeds of terrorist activity. Last year, the Pakistani government decided to ban the use of Whatsapp and Skype in the Sindh province alleging that they were being used by “terrorists and criminal elements.”

The most notorious terrorist organisation on the planet has had an unbroken stint on social media even though its Twitter handles are regularly shut down by administrators. HSMPress, a Twitter handle associated with Al-Shabab, the Somali arm of Al-Qaeda was very prolific until it was shut down in January of last year. Al Qaeda’s media division, As-Sahab has also been known to create and share YouTube videos that both teach combat information to viewers as well as spread propaganda. 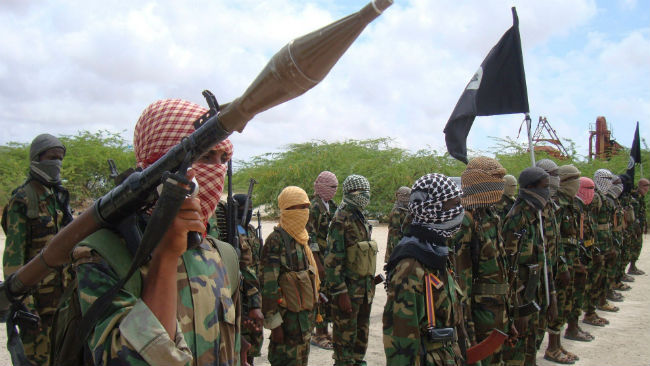 ISIS, or the Islamic State of Iraq and Syria, has been in news recently as a ruthless terrorist organisation that’s cutting a swathe through Iraq and Syria. ISIS has been particularly cunning with its use of social media, especially Twitter. Through an app ‘The Dawn of Good Tidings’ released on the Android Play Store (now no longer available, at least in India), ISIS was able to send tweets from the accounts of anyone who used the app in a way that passed under the radar of Twitter’s spam detection filters. ISIS has also been known to organize concerted hashtag campaigns making sure that thanks to its sympathisers, certain hashtags are forced to trend on Twitter, ensuring retweets and visibility. 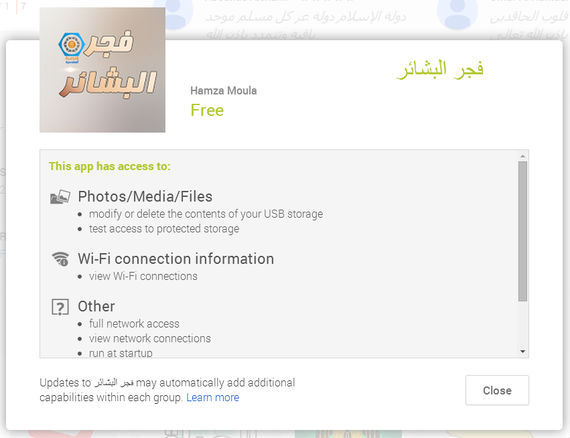 A screenshot of the Dawn of Good Tidings app 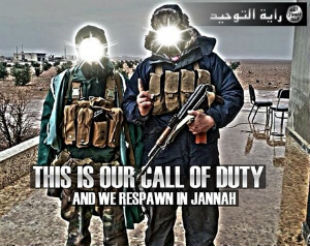 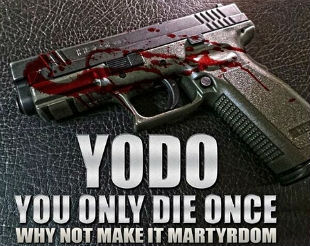 ISIS (and its collaborators) have also tried to expand their group’s image by selling t-shirts, hoodies and toys emblazoned with their message and logos on Facebook. The social network has since put an end to that by banning the sale of ISIS merchandise on Facebook. 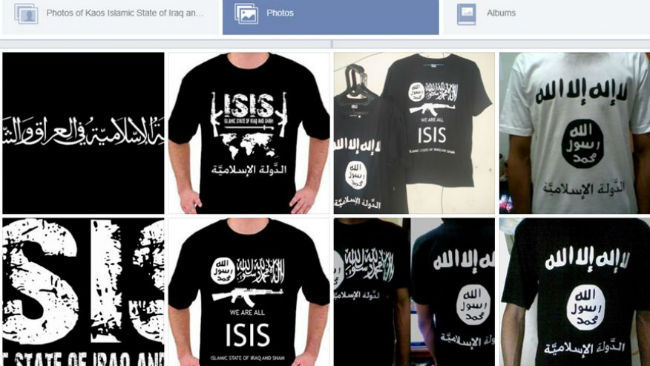 The Tehreek-i-Taliban Pakistan or the Pakistani Taliban was a pretty active force on Facebook some time ago. Through its Facebook page the Taliban was trying to recruit people who would write and design propaganda including videos. However, it was shut down in 2012. Instead now, there is an anemic Facebook page for the Jamaat Ud-Dawa, the political arm of the Lashkar-e-Taiba, that also has connections with the Taliban. In its prime, the Taliban was apparently using profile photos of pretty women to get information out of Australian soldiers on Facebook, as well. The Future & How it Affects You

As the reach of social networks expands to every nook and corner of the planet, it is only inevitable that more and more radicals and terrorists will make their way towards social networks. As a result, governments and security agencies from around the world will take even more stringent measures to keep a watch on social networks which means that even when chatting with your friends and family, you may have to be careful of what you type. We’ve already seen cases where social network users have been arrested because their tweets/posts were considered threatening. 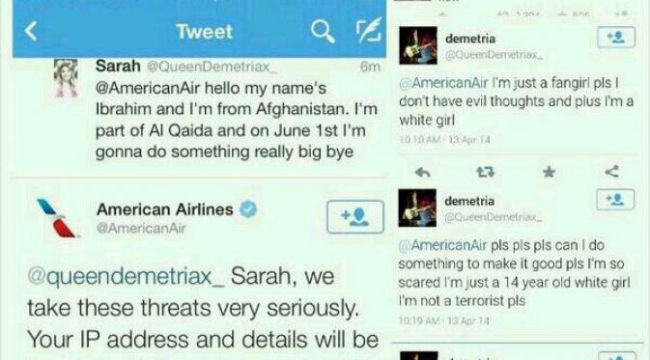 The Twitter exchange between American Airlines & a Dutch teenager who pretended to be a terrorist.

However, it’s not all doom and gloom because for every ISIS, that is hyper-efficient with the way it deploys its social media strategy, there are hundreds of other terrorists, radicals and terrorist organisations that are terrible at using social media in a way that would help them to cause any harm.

Newcomers @CIA have a verified account, while we still don't. Does @twitter prefer sinister govt. spooks to honest terrorists? #favoritism