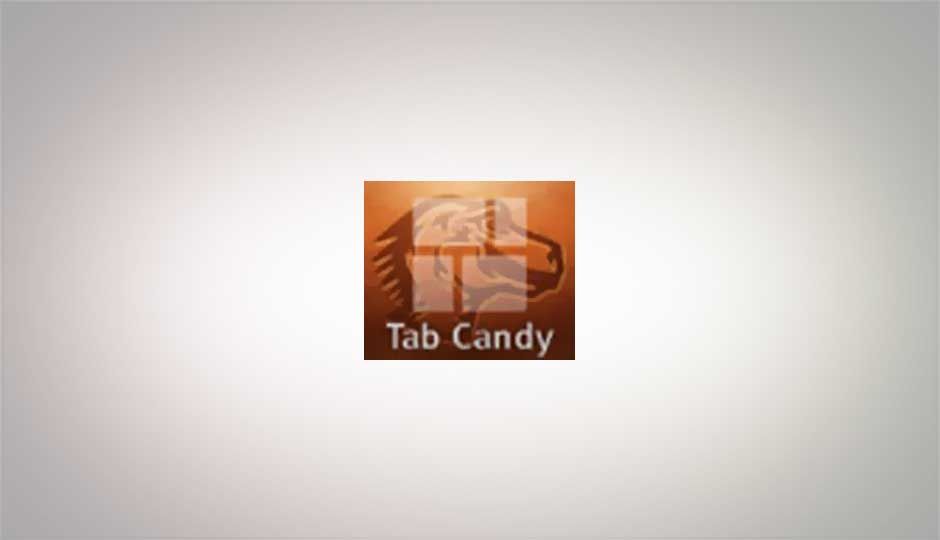 Aza Raskin, the Creative Lead of Firefox, has recently published in his blog that the Firefox interface team is working on a project which will make browser tabs even more powerful.

A prolonged browsing session for a veteran internet user, usually results in the tab bar becoming way too congested. While most of the users are multitasking online, such as messaging/email, social networking, blogging, researching, purchasing, gaming and so on, it is tough to keep a track of which tabs are for what task! Having multiple browsers are a solution, but what if you love your favourite browser too much to work on anything else? Experts may install multiple instances of same browser, or use multiple profiles as a workaround, but let's not get into that - it's just too much of a pain for a general user!

That's where Tab Candy will come to rescue us. This feature will let users manage any number of tabs, dividing into groups, and allow them to open only a certain group of tabs to concentrate on that work. So, no more searching for tabs in an array of 50 or more of them, simply to find a tab you opened a while ago to read later, then got busy on some other page.

It's just a simple click of a button, and the Tab Candy menu will open, showing the thumbnails of the tabs which are currently open. You can then play around making several groups, naming-renaming the groups, resizing, arranging them on the screen, simply do anything with them that will suit you better. Opening a group will open only those tab sets that are associated with it, so that you get the tabs which you need the most, at that point of time; when you are done, move on to the next tab group task you have to do. Searching for a tab/text in a tab will get simplified, as you can be able to search for a string in any of the open tabs, simultaneously. And yeah, it comes with the save (tab-groups and) session feature too, along with an advanced tagging feature (which lets you just write it in, instead of saving the session) to make you find what you are looking for quickly.

It has been reported that this feature will make Firefox substantially heavy on resources, more than ever before, but that is not really the case. Well, it's true that Tab Candy will surely make users not feel the need to close a tab, but with spatial memory management, Firefox will not be a resource hog. Moreover, being designed just upon HTML, JavaScript and CSS, this feature will be only as heavy as a simple web app, or even less than that.

Tab Candy is set to release with Firefox 4, but in the meanwhile, PreAlpha nightly builds of Firefox (Minefield) containing the Tab Candy feature are available for early adopters and testers. Watch the video to see Tab Candy in action and for the completed feature sets. While at an early stage of development, it still looks mighty useful, and let's keep our fingers crossed to be amazed by the time it lands!

Apple search engine to take on Google's but it may take some time: Report
IT Amendment Rules 2022 tightens the reins on social media companies: Here's how
Elon Musk's Starlink will soon be available on Recreational Vehicles
Will SpaceX fund Ukraine Starlink Internet or not? Here's what Musk says
SpaceX Starlink internet service now available in Antarctica
Advertisements