Nothing basic about Facebook's Free Basics

The great Abraham Lincoln once said, “The best way to predict the future is to create it.” Years later, marketing genius and social network magnate Mark Zuckerberg, is putting that to good use. The Free Basics platform, which has been talked about over and over recently is trying to do exactly that. There are 1 billion plus people in India who don’t have access to the Internet and bringing those people online is going to determine the future of Internet in this country, and, by extension, Facebook’s financial growth in the country. Despite the eloquent discourse on various websites though, there’s an important point that’s not to be missed -- there are over a billion of Internet-less users in India, none of whom have had a say in the matter.

After all, if the problem is with how the Internet is to be provided to you, shouldn’t you be asked what you want? Interestingly, if you ask a rickshaw puller about Free Basics, he has no idea. Ask him about how he’d like Internet being provided to him for free though and he’s all ears. More importantly, tell him you can only give him a part of the Internet for free, he’s still quite willing to work with it. We asked quite a few and despite the low sample size, it paints a different picture. In fact, that’s exactly what Mr. Zuckerberg and company have been trying to say, that a part of the Internet is better than no Internet. Let’s rewind for a moment.

Be kind, rewind
A big problem with the net neutrality debate in India has been that it hasn’t reached the people it should. While most take to Facebook to abuse Facebook, most don’t actually stop to learn where the problem is. The next billion users that Facebook, Google and a bunch of other tech giants have been talking about, are people who have never used the Internet. Which means providing a limited Internet to them is easily going to determine what they do and do not use. In India, this billion outnumbers the part of the country that is already connected, which means can potentially determine the overall usage patterns in the country in the long term.

Let’s talk statistics for a moment. In June 2015, the Internet and Mobile Association of India (IAMAI), reported that there are 352 million Internet users in the country. The report said, “The Internet in India took more than a decade to move from 10 million to 100 million and 3 years from 100 to 200 million. However, it took only a year to move from 200 to 300 million users. Clearly, Internet is mainstream in India today.” Interestingly, in January 2015, Facebook COO, Sheryl Sandberg, told The Wall Street Journal, that the company knows Facebook is amongst the main reasons why people buy phones, particularly in the developing world. “People will walk into phone stores and say ‘I want Facebook.’ People actually confuse Facebook and the internet in some places,” said Sandberg. 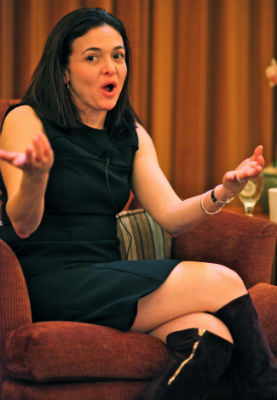 This brings us back to our dear old rickshaw puller, paan-wala and the others who almost certainly fall into the next billion. A lot of what has been said on Free Basics and its impact on net neutrality has been quite...umm...elitist. It talks about how Facebook is creating a ‘poor Internet’ for the ‘poor people’. Before you say it, yes, Free Basics is against net neutrality, there’s no denying that, despite Mark Zuckerberg’s op-ed in The Times Of India yesterday.

The question though is who does net neutrality really affect? Is it the next billion, or is it those who are already on the Internet? Sure, in future, when those billions are online they’ll be affected by net neutrality, of the lack thereof, but right now, it affects us, who are already online. It’s because of the fact that big corporations can push their services through such platforms, which has the potential to change our usage patterns. Also, allowing Free Basics would automatically mean the government will have to allow Airtel Zero, which would subsequently lead to a Vodafone Zero, Reliance Zero, Idea Zero...you get the drift. You’re basically looking at a walled Internet, one that doesn’t allow you to move about freely, watch porn whenever you want, buy from the website of your choice and so on.

What’s good in Zero rated plans?
It’s simple. In a country with poor Internet penetration, these plans have the potential to increase the penetration. Why? Simply put, because corporates will go to great lengths to increase their earnings, just as Facebook is doing right now. The whole debate though is about whether the cons outweigh the pros in such plans. And they do, but that doesn’t mean you should dismiss Free Basics right away. The service isn’t inherently evil as most of us have been made to think. Or, if we’re being frank, we’ve been too lazy to find out otherwise.

Any plan that can increase Internet penetration in the country is worth thinking about. The real problem is that the Indian government has been caught with its pants down when it comes to this net neutrality debate. It is the reason why over the course of the past year, the government hasn’t yet come out with a concrete solution to the issue. Which, honestly, is very good. We need the right decision, not a fast one. Airtel Zero and Free Basics have created the need for this and you have to thank them for that, irrespective of what happens to them in future.

Consider this for a moment. What if Free Basics was providing you with 1GB of data per month to access its partner websites for free? If the Internet is indeed a basic need, then why not treat it that way. Consider the equivalent of the ration card, something that is still coveted by a big part of the Indian society. What does it do? It allows you to get important food and fuel at subsidised rates. Facebook can subsidise a part of the Internet, but it can’t do more. If free Internet leads these new users to pay for the rest of it, then a gigabyte worth of data is more than enough, especially when you’re not allowing videos and javascripts. Actually, scrap that, 500MB should suffice.

The problem with the Net Neutrality debate
Is simply that it doesn’t include the people who we’re fighting for. There are two sides to it, one that says it’s pure evil, and the other that says, “Hey, these people need the Internet and this entity called Facebook is bringing it to them, why not let it?” The latter is of course composed primarily of Mark Zuckerberg’s op-ed’s and Facebook’s full page advertisements in the Times Of India, but both are elitist in a way. The third and most important side is the one that is left out. It comprises of people who are actually going to get on the Internet through these plans. 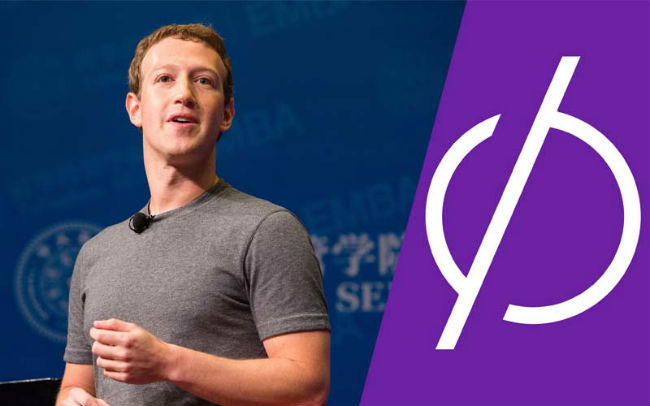 Those innocents have no idea what they’re getting into. They have no idea how much of their data is going to go to Facebook, they have no idea that once you search for a product on Google advertisements about the same start flashing everywhere you go on the Internet. They know of this thing called the Internet, which is something they can’t afford or perhaps even understand.

Interestingly, you can get Internet on your phone for as low as Rs. 20, while the phone itself costs well over Rs. 2,000. So, the assumption is that while you have the money to buy the phone, you don’t have money to pay for data. What’s more interesting is that after having access to a part of the Internet, you’ll suddenly have the money to pay for the rest. Consider why you use Facebook so much. Is it just because you’d rather have a social network life than a real social life? Or is it because you can find that informative story by The New York Times and entertaining listicles by others? Through Free Basics, you’ll have Facebook for free, but you’ll not be able to visit any of these websites that are not part of the platform.

What we all missed
Isn’t it our job then to inform these users, who are going to come online soon, about what the power of the Internet is? Isn’t it our job to tell them that while social media won Arvind Kejriwal the elections this year, it has also been misused to by people like Jasleen Kaur to falsely accuse others of wrongdoing? Shouldn’t the powers that be, be going straight to the ground, educating these non-Internet users about what Free Basics is offering and what they will and won’t get out of it in the long run?

When you and I came online, we didn’t know what we were getting into. We found everything on our own, with no one telling us what we could or couldn’t do. We were free to use the Internet and even to misuse it, but these next billion aren’t being allowed the same. The decision for whether Free Basics and zero-rated plans should exist rests on what they want. Let them decide how they want to get on the Internet. So, next time you go on Facebook to abuse Facebook, you would be well served to keep that in mind.