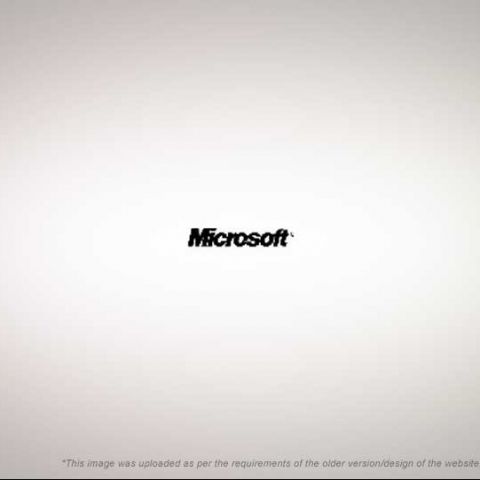 In a desperate attempt to increase the irony content in our diets Microsoft has voiced concerns over Google being a monopoly to FCC. Their argument though, only highlights their own weaknesses.

As arstechnica reports, Microsoft made comments to the FCC regarding an open internet. With gems such as:

“Competition in all media is essential to ensure a diversity of views, as well as a diversity of avenues through which consumers can access those views. Where competition does not exist, there is the risk that diversity may suffer, or that a gatekeeper may arise that could impede consumers’ access to a diversity of views. In this regard, the point is not whether a gatekeeper is acting with malevolent intent. When a single entity achieves dominance and thereby becomes a gatekeeper, there is an inherent risk that it may have both the incentive and ability to place its own interests above consumers’ interests in access to a broad and diverse range of content, services and viewpoints.”

This is from the company which gave us Windows Vista, resulting in millions of computers infested with an operating system their computer was too slow to run. Competition certainly does exist for Windows, and always has. Microsoft would like to think that their operating system is where it is today -- at a comfortable share of about 90% -- because their OS was actually good.

Competition is always good, but the whole point of competition is, that companies and products compete. If one product is better than other it is bound to take a lead is the market. If one product is much better than the other then it will have a greater lead. Both Microsoft and Google have managed to maintain a lead in their respective domains, and while you will hear many proclaim -- perhaps just for geek credit -- that Windows “sux”, few people have much to complain about the quality of results on Google.

Recently however Google has been criticized and highlighted for privacy concerns, but their products are almost always where they are because they are higher quality alternatives than the other services. Look at social networks, Google despite all its might and reach has not unsettled Facebook or even MySpace, because when it comes to social networking, Orkut doesn’t shine.
While it is not possible to run Windows applications on Linux or other operating systems with ease, and there is no official Microsoft-supported way to do the same, nearly every Google product has an open specification and implementation, and allows you to export your data out of Google’s systems. If in a hypothetical tomorrow, Google were to disappear along with all its services, this alone would mean that Google-compatible services could be created. If in another parallel hypothetical universe, Microsoft were to disappear along with Windows, we would be left with no way to run a large number of software written for the OS.

Microsoft has had from quite some time over a 90% share of the operating system market, and even today they remain a monopoly when it comes to desktop operating systems. We are even now bound by the broken standards and bugs that define the web as Internet Explorer understands it. Web standards had literally bent to Microsoft’s implementation in Internet Explorer, for good -- they gave us XmlHttpRequest, the most important object in Ajax-- or for bad.

It is easy to view Google as a monopoly when it comes to search, it is a giant serving more than 70% of the search requests in the US. In a fair competitive environment, products succeed or fail based on their merits. If a product is popular because of its merits, and its quality, even if the product has a large lead it cannot be said to be anti-competitive. Sure it could be a monopoly, but that is because if its merits, not due to tampering with the market. After all, what are you going to do? As people to use an inferior product just to maintain share? Or tell the company to make their product suck more?

Speaking of search engines Microsoft had the following to say:

“Moreover, the fact that the search results on any specific search engine invariably will reflect the judgments of the search engine provider is not in itself a threat to diversity. This is because, in a competitive environment, competition itself would promote a diversity of viewpoints and “correct” for any biases that might arise in the rankings of any particular search engine. Thus, if one search engine systematically returned results that favored a single viewpoint or interest in ways that consumers did not find appealing, economic forces would help “correct” this as consumers gravitated towards alternate search engines whose rankings were perceived as more objective or otherwise corresponded more closely with consumers’ own judgments and values.

“But when effective competition does not exist—that is, if a single search engine serves as the dominant gateway between consumers and content—there is a greater risk that economic forces will not exert sufficient discipline to prevent the dominant search engine from altering search results to favor its own interests or viewpoint. Also, because consumers will lack competitive options, it may be impossible for them as a practical matter to determine whether the results reflect hidden biases or whether there is other speech that is not being conveyed.”

Through their contrived language Microsoft is trying to say that Google being the monopoly in search is in the position to alter search results in such a way as to enforce their own viewpoint. In the presence of competitors people would flock to an alternative which they found more in alignment with their own views, however in the absence of competition people would have no choice. If there is no alternative search engine which can be used compare what a “correct” search result should look like, the view point of the monopoly will dominate.

Is Microsoft admitting that they think their search engine is not up to the mark? Even non-Microsoft parties have been less critical of Bing!

Microsoft does have a point here. While nothing should be done to “stop Google” because it is getting “too big”, they should be monitored to ensure that they are not becoming “evil”. Which is to say that Google does have a majority share, and is in the position to do some serious “evil” and someone should keep a look-out. Google may never be "evil" like Microsoft, but that doesn't mean they can't be "evil" in their own special way.