From Yahoo to Altaba: The rise and fall of an internet sensation 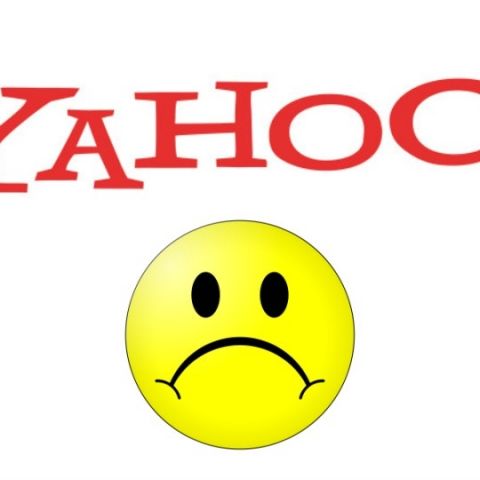 My first email ID was made on Yahoo. At that time, Yahoo’s India domain, Yahoo.in, did not exist, and I was very proud of myself for coming up with a mature, no nonsense ID. At the same time, I also created a msn ID. Millennials would have probably not seen a msn.com email ID in their lives, but at that time, having a Yahoo and msn account was the coolest thing ever. At the time, Yahoo and Microsoft led MSN were two of the biggest competing search, mail and messaging services.

"They were more entrepreneurial than Microsoft."

It was 1997 when Yahoo acquired a company called Four11 for $96 million for its Rocketmail webmail service. Marvin Gavin, who was employed at Four11 as the Director of International Business Development said, "We always had a bias about being acquired by Yahoo. They were more entrepreneurial than Microsoft. We had a great cultural fit – it made a lot of sense."

What started as ‘Jerry and David's guide to the World Wide Web’ in 1994, soon became Yahoo, a backronym for ‘Yet Another Hierarchically Organized Oracle’ or ‘Yet Another Hierarchical Officious Oracle’. Jerry Yang and David Filo, two electrical engineers from Stanford University, created a website, which was a directory of other websites organised in hierarchy. This quickly grew into a web portal, a search engine, a messaging platform, a video sharing service, a news portal and much more.

Yahoo was untouchable during the famous dot-com bubble and in December 1999, its stock price reached a peak of $500 a share! After the lucrative bubble burst, Yahoo was also one of the few survivors of the mass dot-com slaughter, but it did take a huge hit. In 2001, Yahoo’s share price fell to as low as $8.11.

Would you believe, back in 2008, Microsoft offered to buy Yahoo for $44.6 billion! Now, Verizon is buying it for $4 bn and some spare change.

Yahoo had already started bleeding chips by 2008. Several layoffs later, the focus of the company shifted from bettering its search engine technologies to a spate of bad acquisitions. Unfortunately for the company, Google was gaining momentum at lightning speed and it started losing its users to the Mountain View based tech giant.

Finally, after years of bad business and loss of user interest, Yahoo finally decided to sell its core internet business. After being rejected by many potential buyers, thanks to the billion plus Yahoo accounts that were hacked recently, the struggling company finally did find a buyer in telecom major Verizon. The deal worth $4.8 billion was hugely marked down from the company’s own estimate of $10 billion, with market analysts still calling it an overpriced arrangement.

One thing Yahoo did do right was buy a stake in Chinese ecommerce giant Alibaba.

The one thing Yahoo did do right was buy a stake in Chinese ecommerce giant Alibaba. The new Yahoo, or what’s left of it, still owns 15% stake in Alibaba, along with a 35.5% stake in Yahoo Japan. This combined asset is worth $40 billion for the company, which does not want to offload it to investors just yet. Yahoo has no “current intent” to sell the same, or so says Tim McInerney, Director at Yahoo. However, Yahoo seems to have not ruled out the acquisition of the leftovers of the company by Alibaba. Internally nicknamed Remain co for the longest time, the entity will now be called Altaba. What’s left of Yahoo including its stake in Alibaba China and Yahoo Japan is now a rump that will serve as an investment company, whose future is still uncertain.

Following Verizon’s acquisition of its core internet properties including, Yahoo’s news sites, Yahoo Mail, and blogging platform Tumblr, CEO Marissa Mayer will also step down from the board, along with co-founder David Filo. There is however no word on Mayer’s exit from the Verizon merged entity.

As for Yahoo, the name is now officially a part of dot com history. As for me, my Yahoo ID will forever remain in limbo, just for the sake of sentiment.