Free Basics: What Facebook is telling you & what you need to know 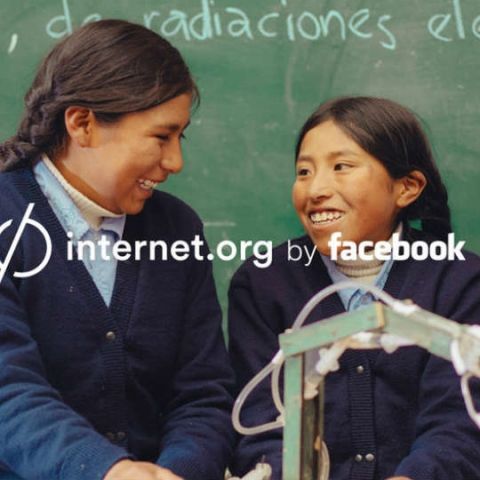 What is Facebook...now?
Everyone knows about the origin of Facebook as the social media website born out of a dorm room. We've all seen the movie, read the book and relived Facebook's invention in countless articles on the internet. But, since then, Facebook has expanded its prowess at lightning speed. Facebook is now the owner of WhatsApp & Instagram, the acquirer of virtual reality firm Oculus, and 50 other companies in the fields of travel, internet, file sharing, Mobile Ads, digital publishing, location services, face recognition, speech recognition, the list is long and exhaustive. Facebook is rapidly moving towards becoming one of the largest aggregators of user data in the world.

A research paper titled 'Ethical Implications of Data Aggregation' by Santa Clara University says, " The myriad bits of information collected by Facebook can be used to compile a detailed and penetrating profile of an individual, one that is if anything even more personal. In the hands of a company that professes a philosophy of "radical transparency," this can leave the subject very vulnerable, not just to having personal information exposed but to being discriminated against because of it."

Facebook makes majority of its revenue by selling adspace and targetting advertisements to users whose data it collects and sells to advertisers. How else does an ad from an online ticketing firm appear on your feed just when you are planning a holiday or when you browse a particular product on an ecommerce website, Facebook instigates you to buy it by flooding your homepage with deals and discounts of that very product. Data aggregation and ownership is the biggest, most viable business in the world right now, and that's exaclty what companies like Facebook, Google, Microsoft, Yahoo, etc are after.

What is Free Basics and why is Facebook being so philanthropic?
Simply put, Free Basics is an app you can download to access some particular websites and online services for free, sans any data cost. Currently, the app will only work with a Reliance Communications connection, but for now the Telecom Regulatory Authority of India has asked Reliance Communications to halt the service temporarily. A TRAI source told TOI, "The question has arisen whether a telecom operator should be allowed to have differential pricing for different kinds of content. Unless that question is answered, it will not be appropriate for us to continue to make that happen."
In the past few months, Facebook has been aggressively pushing its agenda for providing free internet to Indians. They have published full page ads in leading English national newspapers, they have hoardings in metropolises like Delhi and Mumbai, they have television ads, they are pushing notifications on our smartphones, they are promoting their "Save Free Basics" campaign through ads on our Facebook feeds and the countless emailers that follow. Facebook CEO, Mark Zuckerberg even made the effort to come down to India this year. The company is  doing all this to gather as much support as they can till the December 31 deadline of TRAI inviting comments on a consultation paper on net neutrality. TRAI is asking the same question as stated above- Should a telecom operator be allowed to have differential pricing for different kinds of content?
While Facebook is doing all that they can to 'Save Free Basics', a free internet platform for those who remain disconnected, the company's insistent agenda does not seem to include the very people this platform is being built for. Targetting the already internet friendly population, metro citizens and english daily readers, Facebook is calling on people who already are on the internet, instead of those that want to be.

Do we really need Free Basics to increase internet penetration in India?
While Facebook's Free Basics' ad proudly claims statistics like 50% faster adoption of mobile networks, 3.2 million petitions to TRAI in support of Free basics, and an 86% support from Indians for Free Basics, the fact is that we may not need Free Basics at all.

According to the Internet and Mobile Association of India (IMAI), the country's internet user base grew 17% just in the first 6 months of 2015. In 2014, the base of Indian internet users clocked its fastest boom of 32% in a year. While internet penetration was slow for 10 years as it took a decade for the base to grow from 10 million to 100 million, the user base rose to 200 million in 3 years post hitting the 100 million mark, and only 1 year to rise to the 300 million mark. The report also says, that going forward, rural India will be the primary driver of internet growth with a whopping 75% participation, while urban India will grow at a rate of 16%.

This shows that not Facebook or Free Basics, but the proliferation of low-cost smartphones and local language content is responsible for the current and future surge in Internet penetration in India. The question is, will a handful of free internet services really transform our digital lives?

What will Free Basics 'not' provide?
According to Facebook's guidelines for developers to register for the Free Basics platform,

"Services should not use VoIP, video, file transfer, or photos larger than 200 KB."

"If websites are found to contain any of the above post-implementation, we will block them until we can confirm that the content has been removed."

So yes, you cannot watch videos through Free Basics, you cannot place video calls, you cannot share files, you cannot view quality images, there'll be no banking or money related transactions as secure content is not supported, and if you are the owner of a website, your content can be removed or blocked. Wasn't the whole point of internet supposed to be freedom? Why the custom user experience?

Fun facts for Facebook:
According to a report by Video on Demand firm Vuclip, 78% Indians prefer video content in local languages. Another report by video tech company Ooyala calims video consumption over mobile phones has spiked by 127% in the last year. So, for a country where people consume on-demand videos the most, is Free Basics literally so basic that it won't give users what they are actually looking for?

Another interesting study by Deloitte states, "Social media and entertainment (Music & Video) are the two activities on which the Indian mobile internet users spend their time the most followed by games, general search, and emails." While Free Basics will definitely provide users the much wanted social media connect, the rest is conveniently forgotten about, or as Zuckerberg said, "It's not sustainable to offer the whole internet for free."

Moreover, Facebook has tied up only with Reliance Communications, a network which according to the recent Mint-instaVaani survey, is the worst telecom service provider in India.

What will Facebook get by propagating Free Basics?
Free Basics will give more power to Facebook that ever. Even though the company says that Facebook on Free Basics will not have any ads, its developer guidelines clearly mentions, "Your name and logo may be included in Free Basics, product screenshots of the service and press releases, but we won’t use your brand in a larger marketing promotion without first asking for your approval."
Now, who wouldn't want "a larger marketing promotion" by Facebook? If you are a business, would you ignore this opportunity? If I tell you that I know the most influential business leaders of the country, wouldn't that automatically increase your trust and reliability on me? If I give you a platform where users can access your content for free and on priority, would you not pay me more to advertise on my associate platforms as well? Not to point out the obvious, but doesn't this seem familiar to a marketing pitch?

Will your Free Basics' data be secure?
Last but certainly not the least, security can also be a big concern when it comes to Free Basics. Facebook's guidelines for developers state that a website's content "passes through Facebook's servers." It goes on to explain, "When people use the Free Basics mobile website, information is temporarily decrypted on our secure servers to ensure proper functionality of the services and to avoid unexpected charges to people. We preserve the privacy of that information while it's decrypted by only storing the domain name of your service and the amount of data being used—the same information that would be visible using end-to-end encryption—as well as cookies that are stored in an encrypted and unreadable format."
If information passes through Facebook's servers and is temporarily decrypted, can it really be safe? If someone willingly hands you a treasure chest, would you only take one gold coin? The statement on security seems quite ambiguous as of now and makes for yet another question Facebook needs to answer.

So there you have it, everything you did or did not know about Free Basics by Facebook. Do let us know what you think of the service and if you are in support or against such a platform in India.