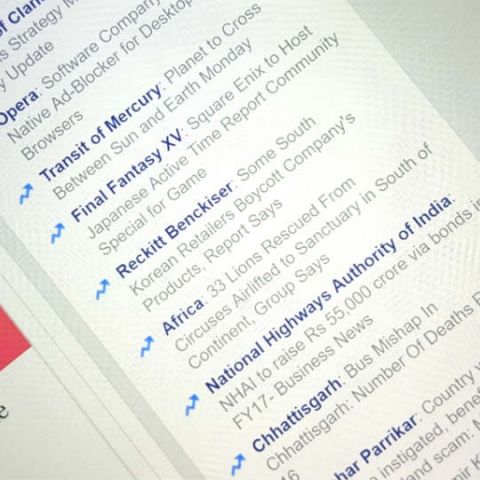 Short of owning his own media outlets, Facebook’s CEO Mark Zuckerberg is quickly becoming as much of a media baron as Rupert Murdoch. Why? Because you’re getting most of your news from Facebook, through the various pages that you follow, and through your friends. A report by the Pew Research Center from last year shows that more than 60 percent of Facebook and Twitter users said they use the services to access news. Given that Facebook has over a billion users, that’s a pretty big number.

The recent introduction of Instant Articles is Facebook’s attempt at keeping you on the social network, while you view content from various sources. Being the biggest social network in the world gives Facebook an unique opportunity at controlling the news. Enter, the Trending section.

Facebook’s trending section sits at the top right corner of your homepage, telling you what everyone’s interested in. It’s considerably slower than the trends you see on Twitter, but that’s also because Facebook has real humans sitting and sorting through the trends, alongside an algorithm. The idea is to combine the efforts of a machine learning algorithm and the human brain to bring trends that you can actually depend on. At one level, it’s based on clicks, but at another, it’s not.

Here’s where it gets scary..
But is that how it will continue? Not quite. In a recent report by Gizmodo.com, the website talked to five journalists who used to be part of Facebook’s trends team. According to Gizmodo, the journalists described their time at Facebook as an exercise in training the social network’s algorithm(s).

Is that wrong? Not really. After all, as a corporate, Facebook has every right to employ people according to its requirements. What draws more concern is something else that one of the Gizmodo’s source said. “We choose what’s trending. There was no real standard for measuring what qualified as news and what didn’t. It was up to the news curator to decide,” the source told the technology blog.

So, how does Facebook account for a news curator’s biases? In fact, how can Facebook guarantee that it's trending section isn’t going to be biased towards certain outlets? Further, if these news curators are indeed training an algorithm, isn’t that algorithm also inheriting their biases then?

This brings us to the worst possibility of all. What happens when Facebook takes a side? Sure, the company will keep telling us that it never does so, but what if, right? It’s the same question that has been asked of Google, for its stranglehold on what you’re searching for, so why not Facebook? Also, assuming Gizmodo’s sources are right, what happens when these biased algorithms are in the hands of a biased Facebook? Machine learning algorithms aren’t easy to tweak, but it’s still possible. A journalist who worked on the trending section, told Gizmodo, "This individual says that workers prevented stories about the right-wing CPAC gathering, Mitt Romney, Rand Paul, and other conservative topics from appearing in the highly-influential section, even though they were organically trending among the site’s users."

Interestingly, Facebook ignored questions from Digit about these. Here are the questions that we asked.

Wait, there’s more..
Consider Facebook’s news-related products recently. You have Instant Articles, Live Video, 360 Video and Chatbots. Instant Articles are great, right? They load really fast, make things more attractive, and are easier to read. So is live video, you get to interact with us, get your questions answered on the spot instead of waiting for a review, and so on, and everyone knows 360-degree content and VR is the future. 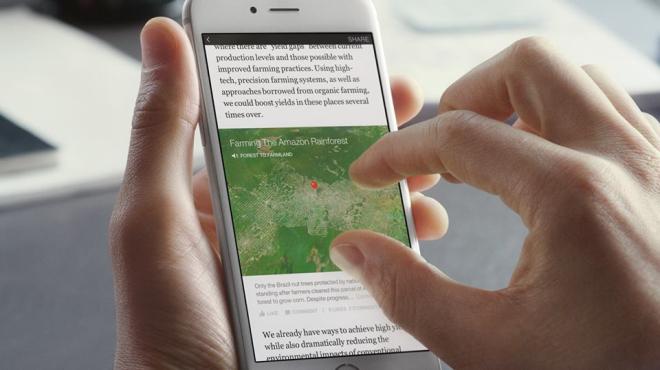 All of this sounds very good, but here’s the real, much graver picture. When Facebook introduced Instant Articles, media outlets (us included) rushed to integrate the platform. It gives us more readers, and more engaged readers at that, so why not, right? When Facebook said it will give preference to live video, we started doing a lot of lives on Facebook. It made sense to us, because we could interact with our readers and disseminate information faster, and better. The same will happen with 360 videos soon, at least from the publications that can afford it.

But all this was instigated by Facebook. Why didn’t Digit and all the others not do this earlier? Because there weren’t any means to do it. Facebook provided the means, but in doing so, it also tightened its grip on content. The Digit Facebook page has a total reach of over one million, and we’re mighty glad that most of it is organic. But lately, we get massive reach when hosting live videos, while reach on other posts is lesser. 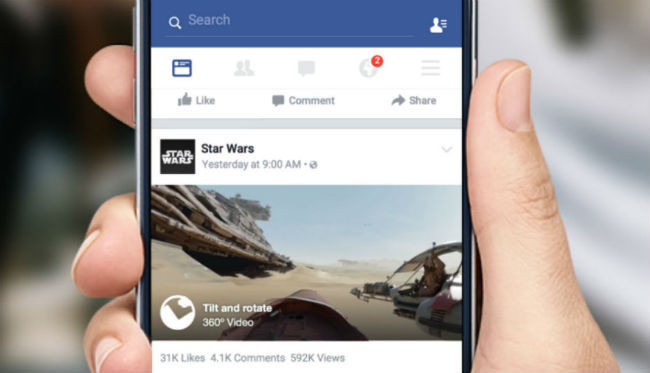 Look around your news feed. If you follow many publications that are part of the Instant Articles initiative, then that’s what you’ll be seeing the most. Facebook prefers that content creators use its new products, and given that it’s such a huge source of traffic, we do.

Back to trends..
So, we’ve established that the readers/viewers are seeing what Facebook wants them to. Of course, we, the publishers, do have some control over the content still, but that’s where other factors come into play. In a recent change to its algorithms, Facebook said it would give preference to in-depth content, over click-bait. That’s really good, but one can’t ignore the company’s control over the kind of content that publishers publish. In fact, that means less leaks and more longform content.

And all this will also affect the trending section. If we’re creating content that Facebook prefers, then that’s what you get to see, and since more people see it, that’s what starts trending. Amidst all this is a news curator, who perhaps prefers New York Times over others, and picks that over other publications. There’s a reason why NYT, New Yorker and others are known for their journalistic prowess, but that doesn’t really mean that they’re always right.

While things like Instant Articles and Live Videos are good, innovative even, they allow Facebook to gain control over content in a way that you may not want. Essentially, Facebook is becoming the publisher of publishers, and its power over content grows by the day.