Doug Suttles, CEO & Co-Founder of Ookla, sheds some light on the internet use in India during the pandemic

To say COVID-19 changed the way the world functions would be an understatement. Since the pandemic hit, staying and working from home has become the norm. As such, this put a greater need on internet services as more and more people turned towards online services for their social and professional needs. This, of course, got us thinking, what was the change in internet traffic before and after the pandemic? What was the trend in India? Will internet consumption ever go back to the way things were?

To get these answers, we got in touch with Doug Suttles, the CEO and Co-Founder of Ookla. While the company is probably best known for its Speedtest platform, it also offers a host of analytical data which can help us get the answers we wanted.

Digit: Can you shed light on the growth in internet usage during the pandemic?

Suttles: At Ookla, we’ve seen a massive increase in the number of tests taken with Speedtest by Indian users that coincide with the pandemic and the need of Indian users to secure adequate bandwidth during lockdowns. At the onset of the national lockdown in India, in the third week of March 2020, the Cellular Operators Association of India (COAI) claimed that operators had recorded a 30% jump in traffic. Most of the traffic was from people streaming video. This is equivalent to the scale of increase you’d typically see over an entire year. It prompted the COAI to write to streaming services and ask them to reduce the bitrate of their content. According to Nokia, India saw mobile data traffic growth of 36% in 2020 and now sits at approximately 14.6 GB per user per month.

Digit: Was this global trend followed in India? What was the change we saw in terms of fixed-line and mobile internet speeds?

Suttles: We saw internet speeds decline in many parts of the world during the onset of the pandemic, which was linked to lockdowns and the resultant surge in the demand for data. Internet speeds in India were no different, declining in the early stages of the pandemic. For example, according to Speedtest Intelligence, median mobile download speeds, which were 8.11 Mbps in February 2020 before lockdown, fell to 6.02 Mbps in April. Fixed internet speeds also fell, but to a lesser degree. The good news is that performance has picked up since then, which is a testament to continued operator investment. Median mobile download speeds increased from 10.64 Mbps in Q1 2020 to 15.67 Mbps in Q2 2021. 4G Service (the % of an operator’s known locations where a device has access to 4G LTE service) hit 97% in the same quarter, which is up from 93.5% at the end of 2020. 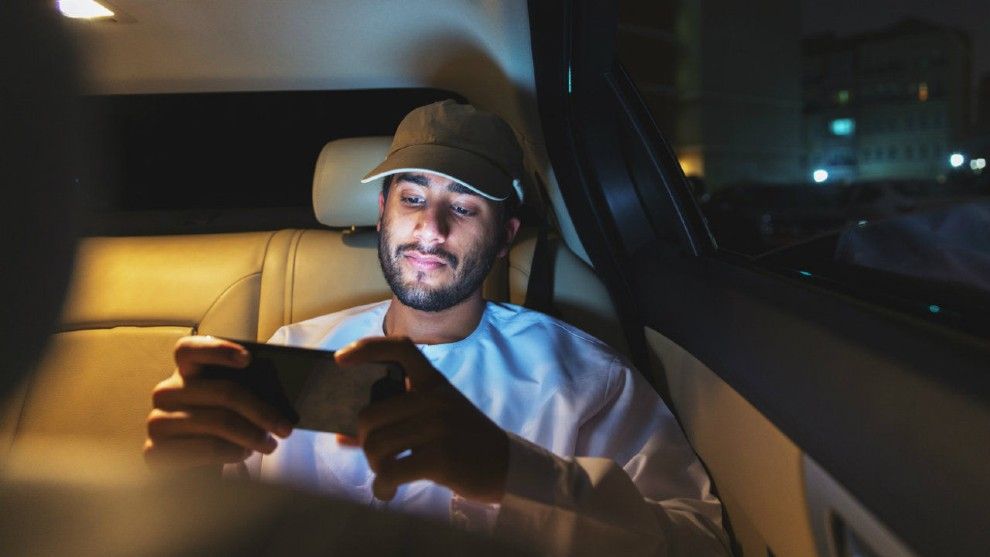 Digit: Did broadband penetration increase? Can you share some data on the same?

Suttles: Broadband connections fell during the first nationwide Indian lockdown, as economic headwinds led to SIM consolidation and shock to the smartphone supply chain impacted 4G adoption. Since then, broadband connections have continued their relentless march according to TRAI, increasing month by month to hit 792.8 million at the end of June, with broadband teledensity increasing from 85.9% in June 2020, to 88.1% in June 2021.

Overall teledensity levels don’t tell the full story though. A recent Deloitte report highlighted that the digital divide between urban and rural India remains stark, while fixed broadband penetration remains very low in the market. TRAI recently submitted a wide range of recommendations to the DoT, as part of what it calls a 'Roadmap to Promote Broadband Connectivity and Enhanced Broadband Speed.' These include a change to the definition of broadband, increasing the minimum speed from 512 Kbps to 2 Mbps, and introducing definitions for speed categories of basic, fast and super-fast for speeds beyond that. In addition to a slew of other measures designed to help improve the nation’s broadband infrastructure, TRAI has also recommended adjustments to the way AGR fees are calculated. This is to encourage broadband provision by the nation’s numerous cable operators, as well as a pilot scheme to provide subsidies to encourage broadband adoption in rural areas.

Digit: Was there a difference in internet speeds during the COVID-19 pandemic between urban and rural internet users in India?

Suttles: The pandemic has really underscored how critical access to the internet is in enabling economies to continue functioning while locked down. Nevertheless, there’s now a strong focus on the fact that the digital divide is still present in many markets, and India is no different in that respect. In the largely rural state of Meghalaya, median mobile download speeds in Q2 2021 were 5.47 Mbps, but for the 10% of users who typically experienced the slowest speeds, that figure was a mere 0.72 Mbps. However, compare that to Delhi, where median mobile download speeds were 12.43 Mbps, with the lower 10% standing at 2.35 Mbps. It’s clear that internet speeds for many users in rural India fall short of TRAI’s new 2 Mbps threshold. So it will be interesting to track the impact of its proposed measures on performance going forward.

Digit: Do you have data on what Indians were using the internet for during the pandemic?

Suttles: While this isn’t something we track, it’s apparent that stay-at-home orders pushed all of our lives online, from our work to our social relationships and entertainment. I’ve had to manage Ookla remotely from home since the pandemic started. Like many businesses, we’ve had to adapt to not being in an office together, and all the challenges that it brings. It’s clear that lockdowns have driven an explosion in the use of video calling as people work from home and stay in touch with family and friends. It’s also driven a massive increase in video streaming and online gaming. I know I’ve personally been watching more movies over the weekends. I suspect many people in India had the same experience. Additionally, these are all activities that demand a lot of bandwidth, so it puts the spotlight on operator networks and their ability to manage network congestion. To that end, we recently announced video testing from Speedtest (available on both our iOS and Android apps), allowing users to measure the quality of their video streaming experience. 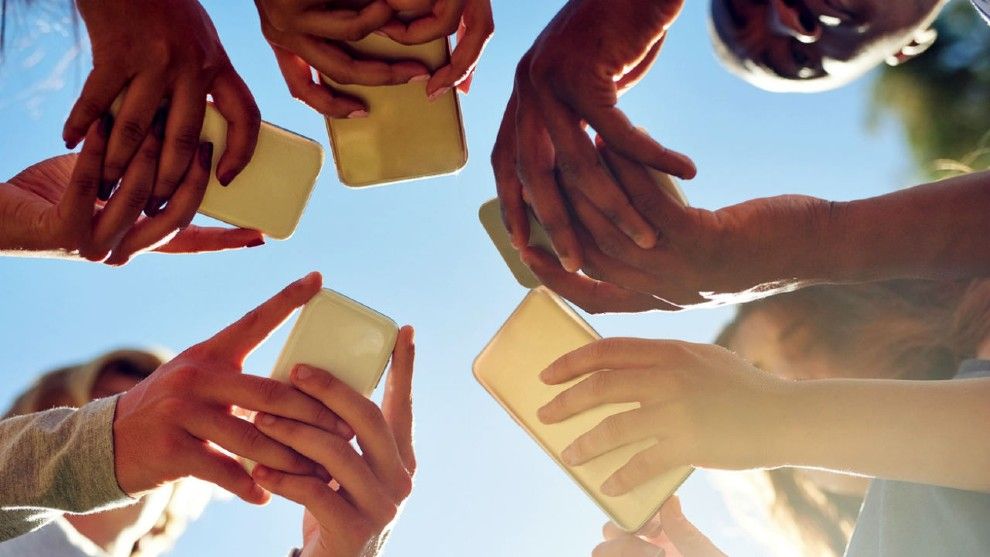 Digit: Does Ookla expect this change to remain post the pandemic, or will things go back to pre-pandemic numbers once things return to a semblance of normality?

Suttles: We’ve already seen internet speeds recover in India following their decline during the first lockdown. I think this points to two things - one, that operators have increased capacity in their networks to handle the increased demand for data, and two, that we’ve seen demand equalize as the economy opened back up. The longer-term reality will likely be somewhere in the middle. The pandemic has lasted long enough to ingrain many of these new behaviours, while businesses have invested heavily in order to cater to this changing demand. Think of the slew of streaming services that are now available in the market as an example. On the other hand, as things return to some semblance of normality and travel rebounds, we’ll see the impact of the pent-up demand for in-person meetings and social gatherings.

Digit: Streaming services reduced the bitrate of their stream during the pandemic. How much do you think this helped people with limited monthly bandwidth?

Suttles: Streaming services are constantly looking to improve the bitrate efficiency of their video content, as it directly impacts the quality of experience. Late last year, Netflix announced that it was re-encoding its library to adjust the bitrate based on the type of content being shown, which it said would reduce the average bitrate by a staggering 50%. These kinds of advances, alongside forced reductions in streaming bitrates during the pandemic, have helped to relieve network congestion. At the same time, this also means that anyone on a metered internet service will likely see their monthly allowance go further than before.

Suttles: We saw operators around the world implement a range of measures to help people stay connected during the pandemic. These measures included providing extra data and upgrading them to faster speeds, migrating to online recharging for prepaid customers, and even distributing devices to those most impacted by the economic fallout. Providing extra data to customers helped Indian operators cater to the increased level of demand. As a result, it will have helped reduce the potential for churn. It’s no secret that data tariffs in India are among the lowest in the world, so any initiatives like this need to be accompanied by increases in tariffs. This will ensure that the sector is sustainable.

Also read: Where does India stand in the race for the fastest internet? Ookla Co-Founder, Doug Suttles answers