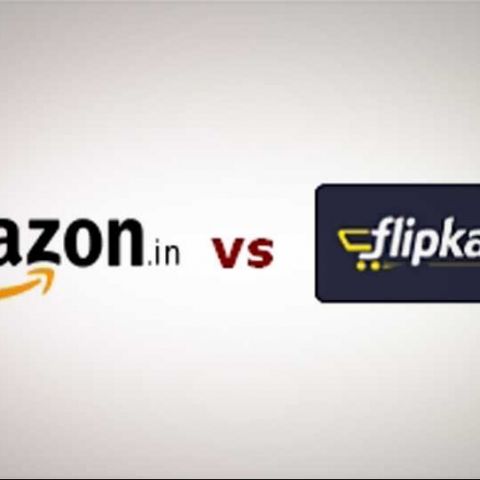 Amazon has officially announced the expansion of the Amazon.in into new categories – smartphones, mobile phones, cameras, accessories and the Kindle E-readers. These are in addition to books, music and TV shows, which were available since launch. This is certainly good news for gadget lovers, particularly the deal hunters among them! We checked out the new gadget categories and found that the deals are rather enticing.

10% Off: Smartphone lovers will love this!
For starters, Amazon.in is offering flat 10% off on select smartphones and feature phones. Unlike some deals we have come across that include the not-so-popular phones in that category, Amazon.in has actually included the recent launches and the popular phones – HTC One, Apple iPhone 5 and Samsung Galaxy S4.

Shopfloor: A congregation of the popular sellers
In what is a major coup for Amazon.in, the e-commerce giant has managed to get popular sellers on board. The fact that sellers like UniverCell, Croma Retail and JJ Mehta are on board, they also bring their own loyal customers and a well-cultivated reputation with them.

Amazon Fulfilled: Taking charge of the order
Though not all, a lot of products in the store carry the label “Amazon Fulfilled”. This means that irrespective of the seller, Amazon takes charge of your order till it reaches your doorstep. These orders are dispatched from Amazon’s own fulfillment centre, after procurement from the actual seller. Amazon.in says that the delivery in most pin code areas will be done in 2-4 business days, and certain regions may see extended delivery times of 5-10 business days.

The Deals: How they stack up
To give you a better idea of how the deals stack up, we picked up a few products and compared the prices with what was on offer on Flipkart.com, the current popularity stakes winner among the e-commerce stakes in India. To get a wholesome comparison, we have taken a few smartphones and tablets and compared the price tags on the two stores, version for version.

After the 10% discount offer, the prices of certain devices on Amazon.in are neck and neck with the prices that Flipkart has been offering already. A couple of phones, the Nokia Lumia 720 and the Micromax A116 Canvas HD are less expensive on Amazon.in by quite some margin though. However, it is clear that Flipkart is right up there in terms of the pricing battle, and in fact, has been offering these prices before Amazon.in’s offer started.

In this category as well, the battle is pretty much neck and neck, but Amazon.in offers considerably better pricing on the Sony Xperia Z Tablet and the Samsung Galaxy Tab 2 P3100.

Is there a winner?
At the moment, no! It is still too early to take a call on whether any one of the two – Amazon.in or Flipkart.com, will really take any sort of lead. We appreciate what Amazon is doing to make the India store popular, and we really hope the specials from the original store – the Black Friday Deals, Gold Box Deals, Back to School offers etc. soon make their way to the Indian store.

Everything you need to know about 5G in India
Advertisements