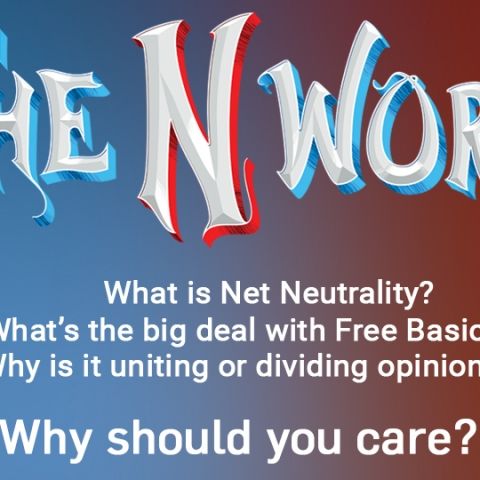 Throughout the past couple of decades since the Internet came to fore, we’ve always accepted it as something that just is. Whether you connect to Wi-Fi at a coffee shop or access the Internet on your smartphone’s cellular 3G connection. During all these instances, you always accessed the unabridged Internet. Or did you?

We never thought about the possibility that the Internet could be off limits, that it would have a mind of its own when it served websites you requested. Not counting government censorship or the disconnection of your Internet broadband due to non-payment of your monthly “Internet bill” (or subscription cost), you never realized that the Internet that manifested itself on your PC’s monitor screen could be behaving unnaturally. Whenever our Internet connection fluctuated for better or worse we either smiled or agonized, using the opportunity to either download a large file through BitTorrent (with plenty of seeds) or picking up the phone and yelling at your ISP’s customer support operator. When a website loaded slowly or a YouTube video wouldn’t play stutter-free, we always thought the problem was on the server side, that our Internet connection was largely not at fault and for the most part above suspicion – unless it was below 2 Mbps.

This fundamental perception of the Internet changed dramatically in 2015, as a national debate that had been raging only in the US till 2014 found a voice amongst public advocacy groups and Internet stakeholders here in India. Net Neutrality reared its controversial head in a battle to control the sanctity of a free and fair Internet in India.

What is Net Neutrality?

While there is no standard definition for the term Net Neutrality, according to Tim Wu, Professor at Columbia Law School, credited with coining the term, it’s “best defined as a network design principle. The idea is that a maximally useful public information network aspires to treat all content, sites, and platforms equally. This allows the network to carry every form of information and support every kind of application.” In essence, Net Neutrality dictates that all data is to be treated equally. This means that your ISP will treat your request to access Facebook.com or Google Plus, Flipkart.com or Amazon.in, Google.com or Bing.com, Netflix.com or Erosnow.com, ThePirateBay.se, Pastebin.com, or Mega.nz without distinction and on equal priority. The ISP won’t play favourites when it comes to serving one site better than the other.

According to this view of Net Neutrality, the ISP cannot and should not differentiate between or prioritize different types of data (Email, VOIP, Video, etc) travelling through the network, and that all data being served to the ISP’s customer (the end user) should be done on a “best effort” basis with no exceptions. This should be done in a transparent and bias-free manner. 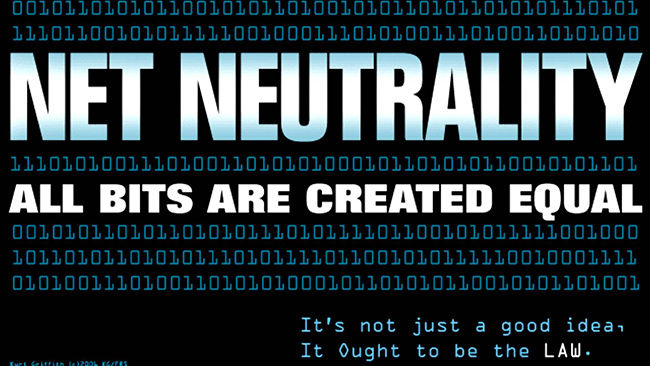 Just like the electricity being served into our homes doesn’t differentiate between powering up an oven, toaster, refrigerator, washing machine, air conditioner or television – it reaches all of them in a fair manner as long as there’s unrestricted supply – so should the ISPs look at data packets being served to its customers over the Internet highways. Data should be served as best as possible with a fixed (monthly) cost for access to the network without questioning where the data is coming from or what type of data it is or preferentially charging for some types of data services over others. Period.

Another aspect of Net Neutrality, according to its proponents and advocates, is that every user who is connecting to the Internet must have equal access to all of the data services delivered through the network. If a farmer is connecting to the Internet over a low-speed EDGE connection through his smartphone’s cellular network to get essential data like weather patterns, market rate for goods, etc., if he wants to stream a YouTube video or access any random website on the Web, technically he can access the Web and other Internet services as long as he hasn’t hit his FUP data cap. It’s possible. Why? Because data is served to him regardless of where it’s coming from (Weather.com, Accuweather.com or Youtube) without any discrimination and in a transparent manner. When that farmer connects to the Internet, it should be an unrestricted, unabridged connection. Not doing so is denying him the opportunity to connect to the same Internet that you and I browse.

This could fracture the very ethos of the Internet as it now exists. Instead of one overarching network which doesn’t care where you connect from, we will have several different Internet “islands” that provide gated access to services to serve vested interests, as Net Neutrality proponents have alleged. Case in point: Free Basics.

What is Free Basics?

What was earlier Internet.org, Free Basics is Facebook’s effort to connect as many people who aren’t online (heck, who haven’t even heard of the Internet in the first place!) to the Internet. Facebook is tying up with telcos (Reliance Communications in India) around the world (Africa, South America, etc) to provide “basic” Internet services like Wikipedia, ESPN Cricinfo, Bing Search, BBC, Aaj Tak, etc. A noble cause, right? If Mark Zuckerberg wants to connect the next billion people online without charging them a dime, what’s so wrong? And why isn’t everyone applauding the effort?

Only because Free Basics is directly in conflict with Net Neutrality principles. As it exists now, Free Basics is discriminating against services and prioritising one service over others. For instance, under Free Basics, users will have access to Facebook and Facebook Messenger but not Whatsapp or Telegram, Bing but not Google, OLX but not Quikr, and so on. Facebook is controlling which services to offer and not everyone is fully convinced it’s due to the largesse of its founder’s philanthropic heart. The move is also anti-competition and monopolistic in nature. 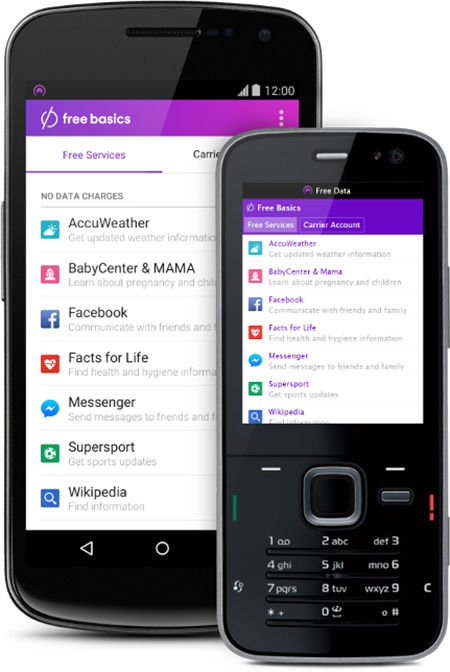 The greater damage caused by Free Basics, according to Net Neutrality proponents, is the people who access the service may end up experiencing a curtailed version of the Internet and not realise its full potential. This will essentially carve up the Internet into several small islands, which is detrimental to the Internet as a whole.

TRAI is tasked with hearing both sides of the debate and finalize the Net Neutrality principles as it’s best applicable in the Indian context. So far, TRAI has received over a million emails asking it to uphold Net Neutrality principles in its entirety with no compromise over differential pricing of OTT (over-the-top services, which is how most Internet traffic is categorized) and certainly walled Internet gardens (like Free Basics). Is this the right approach to connect hundreds of millions of impoverished Indians online in the quickest possible manner?

What we need to decide and decide quickly is the following: Are these corporate efforts out to fracture the very ethos of a wide, uninterrupted, bottomless expanse of the Internet as it exists now? Can the net truly be neutral? What needs to be protected and what needs to be implemented? What are we fighting for here? The consequences of our actions may alter the very fabric of the Internet. It may never be the same from this point on.