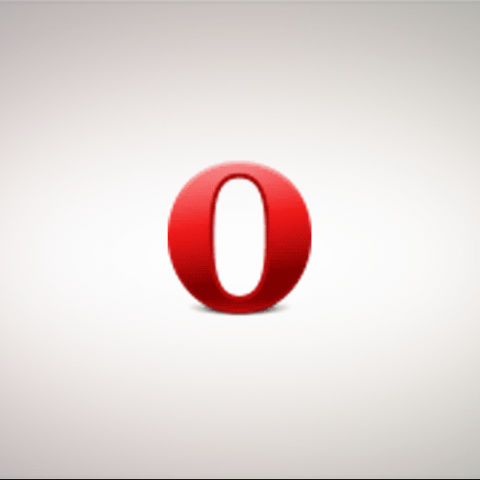 Today Opera Software has managed to pull off a remarkable feat, they have got 10 versions of their popular Opera browser for mobile phones and tablets out the door.

Not only have they released new version of their Opera Mobile (11) and Opera Mini (6) software, but they have also embraced new platforms, further enhancing the browsers reach in the mobile segment. Opera may lag behind other desktop browsers in market share, but when it comes to mobile devices, it is by far the most popular browser.

What is the secret to its unique portability? Well we asked Mr. Christen Krogh, CDO at Opera Software, who explained the history behind the browser engine, and the that Opea's portability stemmed from the browser's heritage. Opera was developed in the very beginning under a small team of talented developers working for a small company with limited resources. The company could not afford to spend on mere feature bloat, and instead concentrated on the core of the browser. What resulted was an efficient and small browser that could fit on a floppy disk. What Opera realized was that they had a browser small enough, even back then, to fit in non-PC platforms with constrained resources. As such, the drive to port Opera to different platforms began much earlier than it did for other browsers. As such Opera was the first full browser on a mobile device, coming with the Nokia 9210i. Today it doesn't take too long to port Opera to different platforms, all that needs to be done is to optimize based on the memory and cache available.

Developing a browser engine that works across platforms and operating systems, from the slowest Symbian OS devices to the fastest Android ones and with appreciable performance is no small feat. One also needs to consider that the Opera browser also runs on devices such as the Nintendo DS and Wii, and is present on a number of TV sets that are based on platforms other than x86 (popular on PCs), and ARM (popular on mobiles).

Opera used to use platform dependent toolkits for the user interface, but lately they have developed their own platform-independent user-interface technology; the interface is written in an in-house language called Bream, that allows reusability across platforms. This allows them to reuse even more of Opera across platforms. The results are also clear to see, Opera looks quite similar on very different platforms such as the iPad and Android. This holds true to an even greater extent in their latest release of Opera that unifies the interface of the browser on different platforms even more. When porting Opera to a new device, the developers now work to integrate the core into the device (network access, geolocation etc) and work to integrate the UI with the conventions of the platform.

Since Opera was quite involved in the web standards process, we asked how difficult it is to develop standards that have to be implemented on devices that could range from the lowliest of feature phones to the fully hardware accelerated desktops. Stuff like WebGL and CSS3 transforms, shadows etc will be especially difficult. Mr. Krogh explained that while it is true that quite a few lower end devices would not be capable of some of the latest features — especially since some of these devices don't even have the memory requirements to run a browser —  Moore's Law meant that it was only a matter of time, before such things became feasible, and standards of course, are built to last. He gave gaming as an example, where new games are coming for both mobile and desktop hardware, but the gaming experience is very different due to the huge gap in performance. All devices will never be created equal, and such differences will remain as time goes on, what matters is building for the lowest common denominator.

He gave Opera Mini as an example. Opera Mini does not have a traditional browser engine, instead, the engine itself lies on the server, and Opera Mini downloads compressed, pre-rendered content from the server allowing even very low power devices incapable of running their own engine to consume internet content. This includes cheaper Java phones. For very old phones that aren't able to run the latest Opera Mini 6, Opera has also released Opera Mini 4.5 that aught to run just fine. Since Opera Mini does not include an any client-side runtime, it is in the unique position of being the only non-WebKit browser on the iPhone!

Opera Mobile on the other hand includes a full-fledged Presto engine, thanks to which Opera Mobile gets a full score on Acid 3, and has a score of 234 (the highest for any mobile browser) on html5test.com.

What is entirely new this time is support for Tablet computers, and touch-enabled PCs. Opera Mobile 11 includes MeeGo tablet builds that have an interface optimized for larger screen touch devices, but that is not all! Opera Mobile 11 is also available for Windows 7!

Microsoft touted the touch capabilities of their Windows 7 OS, but few applications have taken full advantage of that. Opera Mobile 11 for Windows 7 allows one to use the Mobile version of the browser on a touch enabled Windows 7 computer or tablet.

For one, the interface across devices seems a lot more unified now, with a nice big Opera menu button on all devices that can be used to access the most of Opera's features (much like in the desktop version).

The new Opera versions offer a smoother scrolling experience, and support for pinching gestures for zooming on multi-touch devices. The new versions of Opera also include support for sharing on social networks using a the new share button. It integrates with whatever sharing mechanisms you have installed on your device, allowing you to use the social networking app and service of your choice.

The new versions also update the Opera engine, which is now actually ahead of the desktop version!

Excited?! Download Opera Mini and Mobile for your mobile platform from here.

Look out for our review of Opera Mobile, coming shortly.