5 things Netflix told us about their streaming plans in India 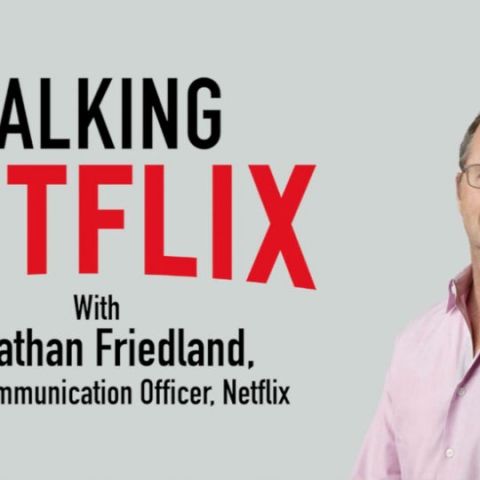 Netflix really wants Indians to like them. This was reiterated by Jonathan Friedland, Netflix’s Chief Communications Officer at a recent interview with Digit. Netflix launched in India just three weeks back and we caught up with the management to take stock of how the streaming service plans to evolve in a country like India, where piracy is second to religion and audiences are hungry for quality content. Here are 5 things we found out about Netflix’s future plans for India.

Naturally, the first question we asked Netflix was about the content on the platform or more appropriately put, the lack of it. From its inception in India, Netflix has had a gun to its head because of less content on its streaming platform in India. Just to give you an idea, if you haven’t already seen this splashed across the web, Netflix in India houses only 7% of what’s available in the US. So, what’s the reason for this exclusion, we asked.

As Netflix’s Friedland explained, “We have been streaming in the United States for 10 years, so we can afford a lot more in United States. Whenever we start out in a new country, we have a pretty small catalogue and then we add to it consistently over time. The reason why we do that is because we want to know what people are watching and we do away with the stuff that people are not watching. Licensing is still pre-internet. Studios license content per territory to one broadcaster. So, with House of Cards for instance, We made HoC in the US 3 years ago and we could not afford it in other countries. So, somebody else licensed it in India.”

Friedland makes a valid point here as later on in the interview he would compare Netflix to television channels, and point out that since the licensing regime has not evolved over the years, certain content cannot be provided in India at this moment because of pre-existent licenses owned by other television channels such as Zee Cafe, Star World etc. Although, in a ray of hope for HoC fans, Friedland told us that the stirring political drama will “soon” find its way on Netflix in India.

“We are trying to build out the service in a way that it’s right for India. The fact of the matter is we Indian consumers are going to like yet,” said Friedland. What users need to understand here is that Netflix does NOT specialise in Indian content. Expecting Netflix to be the next Hotstar or Hungama or Eros Now is not only unfair but it’s actually stupid! It’s like expecting Facebook to be like Linkedin. That will never happen because each has it’s own niche.

Netflix specialises in original content. To forget that Netflix is also a production house and not just a streaming service is a mistake most of us are making right now. Highlighting the same, Friedland said, “We are primarily focussed on English speaking, Credit Card holding people who live in urban centres and mostly what they are interested in at this point are Netflix’s original content. We have quite a bit of Indian content and we will be adding more. It’s too early to say when we are going to localise and when we will do a Hindi UI. It’s just very early.” We agree competition is tough and it’s too early to expect 5000 Indian movies on Netflix, but then again, the company has no qualms in accepting its core strength and not wavering from it, just to please Hindi content watching audiences. Friedland sets the record straight once and for all by saying, “We are never going to be a streaming service with this much Indian content as Indian streaming services.”

Yes, seems like Netflix is shopping for content from India. The company has just acquired indie filmmaker Q’s film - Brahman Naman at the Sundance film festival. “We have a content licensing team that is constantly looking at different things. Brahman Naman is interesting. A bunch of us saw the movie and we made an offer for it and luckily they accepted. So, it will be available not only in India on Netflix, but everywhere in the world,” said Friedland.

A recent blog post by Netflix talked about the company’s efforts towards blocking VPNs used for accessing all Netflix content available in the US. This of course is something the company continues to struggle with as more and more people want access to Netflix’s full library of content. Friedland pointed out, “Anybody who is using a VPN to access Netflix has been against our terms of usage and what we’ve done is we’ve upgraded the technology alongside Hulu, BBCi and all the other streaming services.” So yes, using a VPN to access Netflix is going to become tougher, if it already hasn’t. We have also witnessed bugs in services such as SmartFlix, which essentially act like VPNs and make all of Netflix’s content accessible.

Does Netflix implement local caching servers at the ISP level in India?

Yes, they are already doing so. Although Friedland refrained from naming ISPs, he confirmed that Netflix has open connect servers in India and that they have been working on them for quite some time.

So that was Netflix’s take on its streaming service and its future in India. Catch the whole interview on the Digit YouTube channel below.

Everything you need to know about 5G in India
India wants to go digital, but it ranks amongst the countries with slowest average internet speeds
Today at Apple programme commences in India with Indian artists leading the sessions
Advertisements