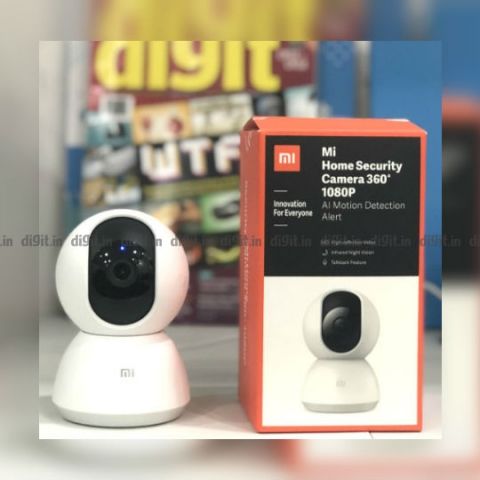 The Mi Home Security Camera 360 is capable of recording 1080P videos and can turn its head 360 degrees to give you a wide view of your surveillance area. However, it is a wired solution and can easily be plugged out to avoid monitoring.

I never thought I would need a security camera at home, at least not for the reason that finally made me buy one - My dog. A year ago I adopted a Beagle puppy and given my 9-to-5 lifestyle, it was difficult for me to leave him behind when I went off to work. I thought a dog sitter would solve all my problems, but then came the question of trust. How could I leave my baby and my home for 8-9 hours a day to the mercy of a complete stranger. That is when, despite the perfectly secure housing complex I live in, I decided to get a home security camera.

A cheap Rs 2,000 camera from a Chinese company called Yoosee helped me get basic surveillance up and running at my place. The Wi-Fi enabled camera could show me 360 degree views in 720P and I could talk to and hear my dog through the accompanying app on my phone, since the camera unit at home had a built-in speaker and microphone. However, despite meeting my basic security needs, the Yoosee security camera came with its own set of troubles. The app took too long to load the real-time surveillance footage and the camera panned around slowly to my instructions. There were no customisation options on the camera and the app was pretty basic. To clarify, I was still pretty satisfied with its performance because for its price tag, it even included night vision. But my need for a more refined version of the gadget, something that works fast and without interruption, remained strong. 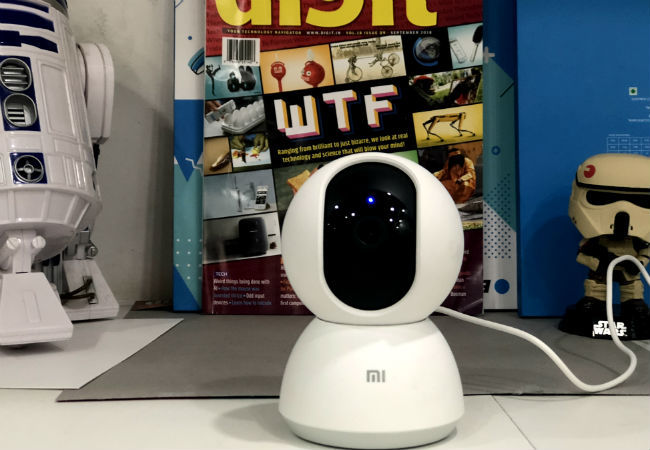 Along comes the Xiaomi Mi Home Security Camera 360, which is priced at Rs 2,699. On first impressions, the Mi Home Security Camera in everything I was missing in my Rs 2,000 Chinese counterpart. The surveillance camera has all the frills - 360 degree swivel, Wi-Fi connectivity,1080P video recording, microSD card support (up to 64GB), Infrared Night Vision up to 9 meters assisted by 8 infrared illuminators, the ability to playback recorded footage from a remote location, speaker and microphone, and Motion Detection. It’s a complete package for a home security solution in terms of specs and even comes in a matt-white finish which makes it blend in with the walls.

The best feature of the Mi Home Security camera, something that makes it stand out, is the accompanying Mi Home app. The app is pretty intuitive - from setup to finish. It needs to be signed into using a Mi account or one can even log in through their Facebook account to initiate the setup. A voice on the camera and instructions on the app make it an easy, guided setup process. One thing to note here is that the camera does not work with 5GHz bands so if you have a dual-band router make sure to select the 2.4GHz broadcast.

Once the camera is up and running, the Mi Home app can be used to customise monitoring settings. Users can choose to surveil for 24 hours, daytime (between 08:00 to 20:00, nighttime (between 20:00 and 8:00), or a custom time frame of one’s own choosing. During these selected time slots, the Mi Home Security Camera will send alerts to the user’s phone (Android or iOS) if it detects any motion. We tested this feature and it works pretty seamlessly. Although, we would recommend setting the Alert Sensitivity to low so as to only detect large movements, else the camera will send notifications for the slightest of movement it detects, rendering you paranoid. Users also get an option of setting intervals between alarms to reduce interference. I personally think these customisation features are very handy to take control of your surveillance. It's good to see that Xiaomi just didn’t just stop at giving the camera motion detection capabilities, but also matched it with software that compliments the hardware. 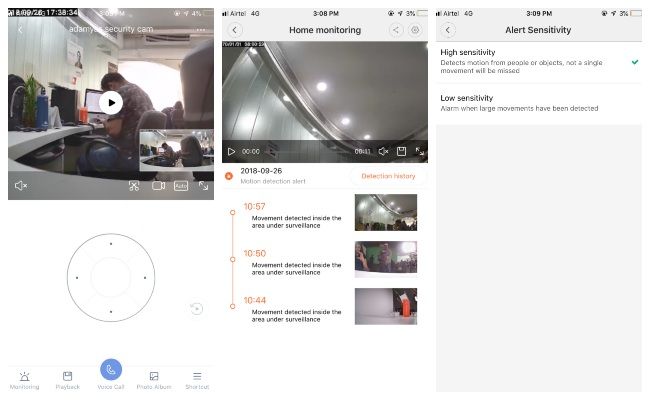 Other useful features of the Mi Home Security Camera include the ability to calibrate and put the device to sleep remotely, turn on/off the status light on the camera unit in case one wants to hide their surveillance activity, a feature to activate data usage warning which allows for video playback only if your phone is connected to Wi-Fi, ability to set a password for the app so no one except the user can access the surveillance footage, ability to add a shortcut to the camera on the home screen of the phone for ease of access, and more. The addition of these small features is proof of the intelligent thought that has gone into designing the functionality of the Mi Home Security Camera. As a user, I truly appreciate the fact that Xiaomi has not ignored these minute but important details. 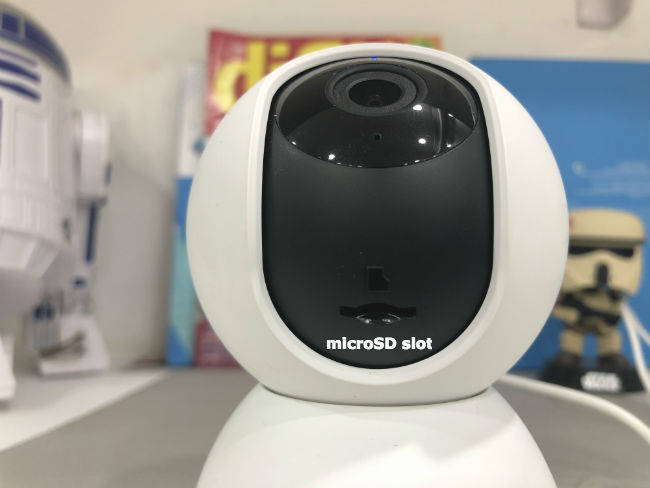 When it comes to picture quality, one gets the promised 1080P recording. However, owing to the fact that the camera only supports microSD storage up to 64GB, one has an option to adjust the quality of the video and duration of recording to best optimise the storage. Users can choose from HD, Low and Auto settings to store videos and if limited storage is an issue, the camera can also be configured to work with a NAS drive.

Further, users can also activate a Wide Dynamic Range mode which allows the underexposed and overexposed areas to become clearer. However, we are yet to test how well this works. Another unique mode for Night Vision is the ability to see full colour low light images. Unlike the night mode on my Rs 2,000 surveillance camera which only shows black and white images in the dark, the Mi Home Security Camera can also convert these images into full colour, however they will remain grainy and not so clear. 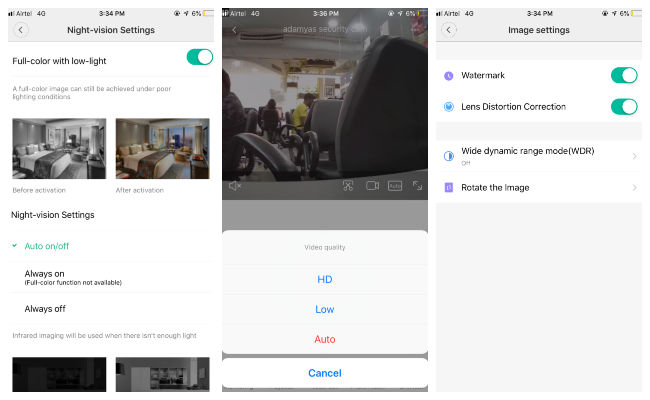 The Xiaomi Mi Home Security Camera can be wall mounted or kept on a flat surface. It comes with a standard micro USB cable and adapter that connect the device to a power source. You would have to go beyond the call of duty to get an in-wall connection if you really want to hide that wire so no one can just unplug the device to cut off your access. That, perhaps, is the only major qualm I have with these wired security cameras. Anyone can just unplug them to avoid being monitored. If you need a completely wireless setup, you will need to call an electrician to mount the camera up high and give you a hidden in-wall connection.

All-in-all, the Mi Home Security Camera is a pretty useful and effective surveillance device, that is if you are okay not cutting the cord. It definitely is a good buy for someone who does not want a very complicated CCTV setup as it's priced quite well at Rs 2,699. We'll update this article after testing some of the modes that we did not get to try. If you do end up purchasing the camera, be sure to watch the quick unboxing and setup video below.