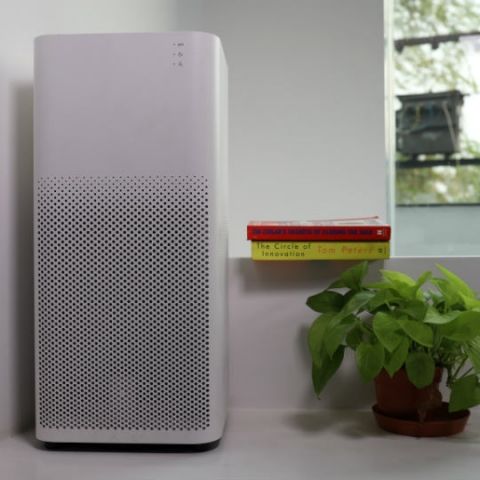 The Xiaomi Mi Air Purifier 2 is a good device for those with families at home, but skeptics will still need more convincing.

I’ll be very honest here - when I first found the Mi Air Purifier 2 on my desk (quite literally), I wasn’t too impressed. It wasn’t about the product itself, but the idea of air purifiers in general did not really appeal to me. The cynic in me could not make sense of breathing supremely polluted air all day when I’m out for work, but spend money on an air purifier for my home. It’s been about a month with this considerably small IoT gadget at my home, and my goal was to see if it changes my mind about such devices.

I must mention that I had two of these - one at my workplace and the other in my home. Incidentally, my office also underwent renovation, making the arrival of the air purifier most opportune. 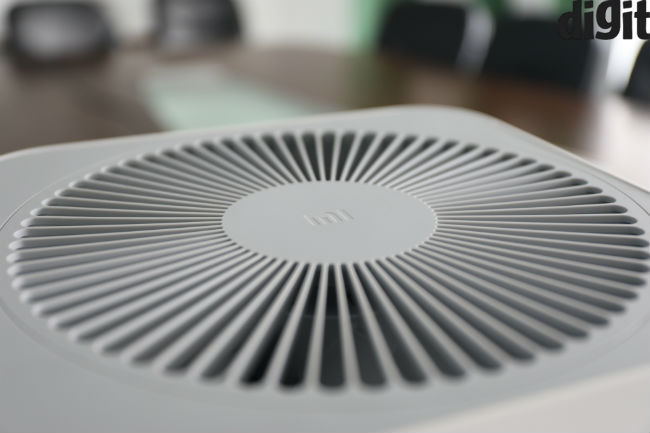 None of us at office really noticed the Mi Air Purifier’s effect till the smell of wood polish took over our office. When we walked into the office in the morning, our entire office was smelling of thinner, but about half-an-hour after turning the air purifier on, we realised that the smell had disappeared. Of course, the entire office space wasn’t within the Purifier’s coverage, but our work area of approximately 160 square feet was free of odour. This quality is, in fact, one of the claims that Xiaomi makes with the Mi Air Purifier, and it seems to work.

The next test for odour removal was another coincidence. I left my home on a trip for a few days, and forgot to clear out the garbage bin when I left. My absence of five days from home was enough to leave a faint smell of rotting waste in some parts of my home. I switched the Purifier on after returning home, and it took about 10 minutes to remove the smell. Of course, the odour was faint in this case, but it does show that the Air Purifier can purify stenches, at least mild ones. I do not always accept company claims on face value, but in this case, I can’t deny real proof.

An attempt to purify the washroom of its smell had to be made. The Mi Air Purifier could clear than smell as well, although it took considerably more time to do this. As opposed to about 10 minutes for the mild smell, the Purifier took nearly 40 minutes to leave an essential difference in the washroom. 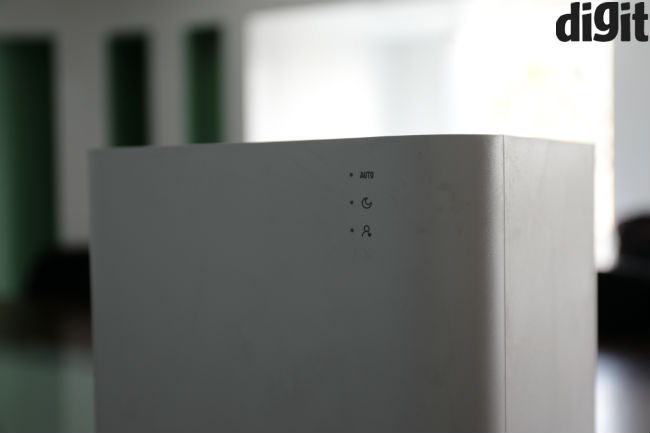 Clearing odours are easy, though, and there are plenty of ways to remove them that do not involve air purifiers. What you may need them for, though, is particulate matter. According to Xiaomi, the Mi Air Purifier cleans PM 2.5, PM 0.3~0.5 and Pollen. The Mi Air Purifier has three layers, consisting of a primary filter, an EPA Filter and an activated carbon filter, to clean various particles such as dust, pollen and fibres, human hair and more.

It is also worth noting that although Xiaomi does not actively market it, the Mi Air Purifier 2 does clean some PM10 particles as well. Dust, pollen etc. fall under this particular kind of particulate matter.

Let’s start with PM2.5 and other air particles that none of us see but are warned against. The EPA filter is primarily responsible for purifying PM2.5 particles. Cigarette smokers are a prime source of PM2.5 particles, and I didn’t realise how much impurities they produce with each cigarette. Until, the Mi Air Purifier came in.

You see, the Mi Home app that controls the Purifier gives real time data on air quality (AQI). Whenever the Purifier was around anyone smoking, it roared into Turbo from Sleep Mode every time a new cigarette was lit. Checking the AQI on the app, the PM2.5 level rose from around 100 to 232 and even more, which is quite alarming.

Xiaomi claims that the Mi Air Purifier can circulate and clean the air in a 750 square feet room in about 20 minutes. However, in our tests inside rooms of similar area, it took much longer to make an impact. The AQI is eventually brought down to 10-20 micrograms, but the Air Purifier takes about an hour to bring it to that level, especially when tucked away in a corner.

Alternatively, at my home, the Air Purifier has so far managed to bring down PM2.5 levels to 80, at best. This, though, is during Diwali season when particular matter is at higher levels. On Diwali, I saw readings as high as 700 at one time, and the Air Purifier seemed to give up after a point. It ran on Turbo Mode for almost 20 minutes, settling to a lower speed for an hour after that, and finally settling to Sleep Mode (where it’s still on, but working slowly), with the PM2.5 levels at around 100. In its war against Diwali, the Mi Air Purifier put up a tough fight, but couldn’t really win.

Depending on how your home is, you can strategically place the Air Purifier for maximum coverage. In my home, it can cover two connected rooms with a total area of about 50 square meter (500 square feet).

In case of PM2.5 particles, you have to take the Mi Home app’s reading as proof, unless you have access to industrial air quality monitors. However, dust is easily visible, and more irksome. In five days that the Air Purifier has spent at my home, the two rooms do seem less dusty. The mirror doesn’t have visible dust on it, and neither do tabletops, or the floor.

However, you should clean your rooms once before switching the Purifier on. In office, it couldn’t clear settled dust, even after hours of running. Give it a clean room, and the Purifier will take it from there.

I see less hair and dust in the two rooms, and that’s a welcome change to my living conditions. 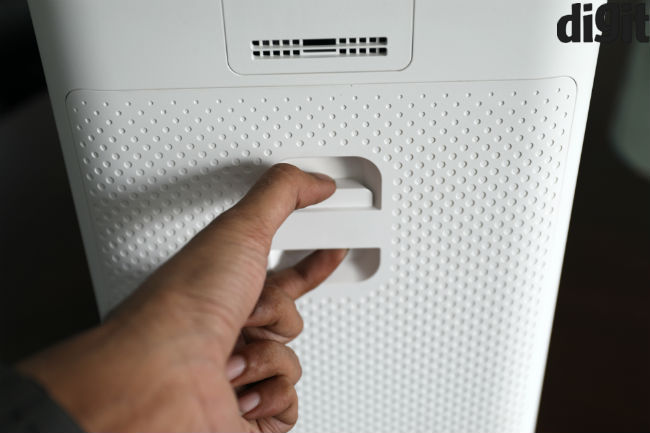 The Mi Air Purifier is obscenely easy to set up. Download the Mi Home app, power up the Mi Air Purifier 2, and wait for the app to recognise it. If you have an Android phone, the app will pretty much do everything for you. All you have to do is enter your WiFi password.

On an iPhone, though, the setup process stops in between to connect the Purifier as a WiFi device. You’ll be familiar with this if you’ve ever set up a Chromecast device on an iPhone. The Mi Home app will first ask for your home WiFi password, following which it’ll ask you to go to the phone’s WiFi Settings and the Air Purifier 2 shows up there as a WiFi connection. You have to connect to this, and return to the app to complete the connection.

Once set up, you can interact with the Purifier via Cloud. This also allows you to connect to other WiFi networks. The app is all that you need to turn the Purifier on and off, as long as the main power switch is on. You can also schedule turn on/off times via the app, and access the purifier when you’re on other WiFi networks or on mobile data.

Note: The Mi Air Purifier 2 only connects to 2.4GHz WiFi bands, so you’ll need one of those to set it up.

Part of the setup process also includes the filter. While the Mi Air Purifier 2 comes with one filter installed, you’ll eventually have to set a new one up, and it’s very easy to do so as well. You simply open the flap on the back and pull out the filter to replace it with a new one. A new filter will cost you Rs. 2,499 and you can buy it from mi.com. 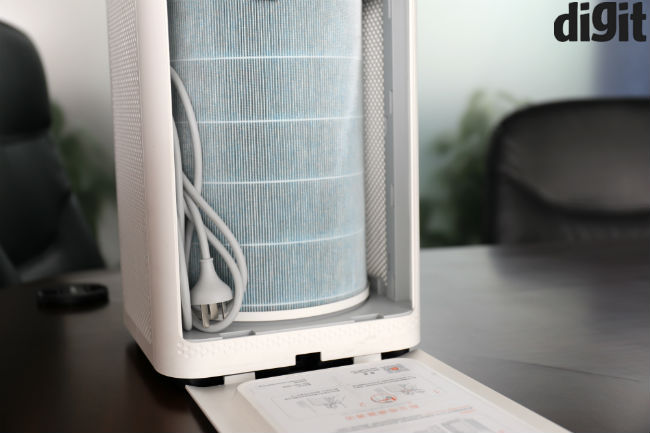 The filters have a lifespan of six months, according to Xiaomi. However, this will be based on where you use it and how long it runs on average. I am shown an expected filter life of 142 days on the app, after only 5 days of usage. The filter in the office, which has run much longer but dealt with cleaner air, still has about the same time left. The filter life should range between four to six months, for the most of us.

It’s been only five days since using the Mi Air Purifier 2 at my home, so I cannot really tell you the effect on my electricity bill. According to Xiaomi, the Purifier consumers anywhere between 1.5W to 31W, depending on the intensity it runs at. This means that the Air Purifier 2 will consume less than one unit per day, even if it runs at 31W for a full days. Your air conditioners and room heaters will consume more. 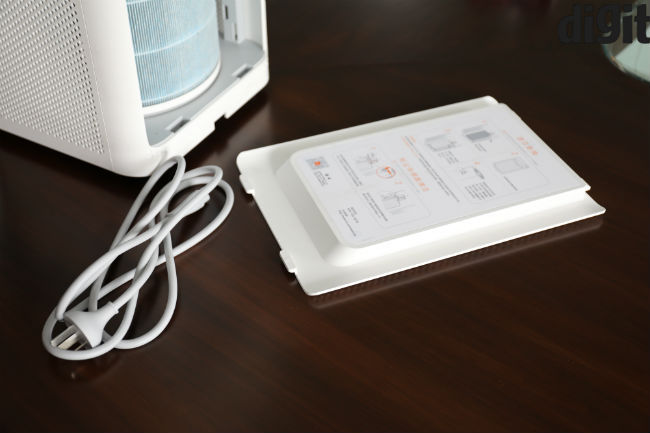 I haven’t seen much of an impact on my meter readings, and I don’t expect to either. It seems like the quarterly expense of Rs. 2,500 is the only big one that you’ll need to consider.

That’s the ten thousand rupee question, isn’t it? The Mi Air Purifier 2 is the cheapest smart device of its kind in India, but Rs. 9,999 is quite a hefty sum to pay. The current PM2.5 levels in Delhi, according to the New Delhi US Embassy, is at 443, which is hazardous. This, of course, is a direct effect of firecrackers during Diwali. However, Delhi’s air quality is never close to the permissible limits. According to guidelines by the WHO, PM2.5 levels should be at 20 micrograms (annual mean), while PM10 levels should be at 10 micrograms (annual mean).

The conditions are the same in most Indian metros, which makes an Air Purifier seem a necessity. For your family and children, who spend most of their time at home, the Mi Air Purifier 2 is the cheapest IoT product that you can buy. Under current conditions, it can help you achieve the annual mean of 20 micrograms (of PM2.5). So, for those who spend a lot of time indoor, this is indeed a good product.

However, skeptics will need more convincing. The Air Purifier seems to give up on tougher conditions, and that's exactly what cities like Delhi, Mumbai etc. present. The Air Purifier hasn't been able to bring PM2.5 levels below 95 in my home, and the only time I've seen low enough numbers is in more controlled conditions.