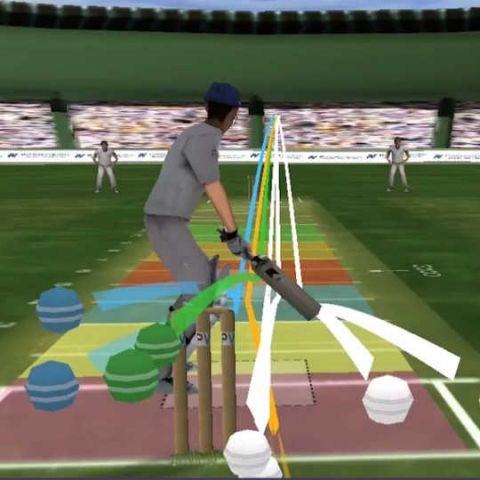 PitchVision is a coaching system assisted by 2 cameras, a sensor and a proprietary software to give complete player analysis to professional & budding cricketers. Here's how it works.

Imagine you are playing a 20-20 practice match with your school team at a local cricket ground in your city. Now, imagine if you and your teammates could share all the ball-by-ball action with each other in the form of videos. Furthermore, imagine if you had access to a professional detailed analysis to help improve of your bowling, batting and fielding techniques.

Unless you have been hiding under a rock, technology has started to play a crucial role in professional cricket. With the help of advanced cameras and sensors on the field, the game of cricket has become foolproof. Be it catching a spinner delivering a no-ball or finding that exact moment when the ball hits the stump, technology on and for the field is rapidly becoming a necessity for the game.

With all the crucial play-by-play data, the PitchVision coaching system aims to bring that very technology along with aggregated player analysis to your fingertips.

Simply put, PitchVision uses a set of 2 Microsoft HD cameras, one for the bowler and one for the batsman, along with a sensor and a laptop to give you technology that can capture, analyse and graphically represent player data.

“The idea was to track the ball and where it is landing, and from that idea we created sensors that could actually capture this entire game. If you watch Star Sports or ESPN, all the data about the trajectory and prediction of the ball, all those are common terms and data points for us. How fast the ball was bowled, what is the batsman’s strong zone or weak zone, we are used to those kinds of statistics being thrown at us by television channels. So, what we have done is that we have developed this entire technology to make sure that this very same data is tomorrow available from the likes of Azad Maidan or Shivaji Park, where local players will be generating this data during practice matches,” explains Rohan Timblo, Chief Executive Officer (Asia and South Africa) for miSport- the creator of PitchVision.

Explaining the technology behind the system further, Timblo tells us that the ‘Activation sensor’ included in the kit is placed on the bowling crease line before the play begins. With the help of this sensor and the two cameras, the accompanying software called ‘PitchVision Coach’ then generates 25 different analytic reports “accepted internationally by the likes of England Cricket Board & Cricket South Africa.” 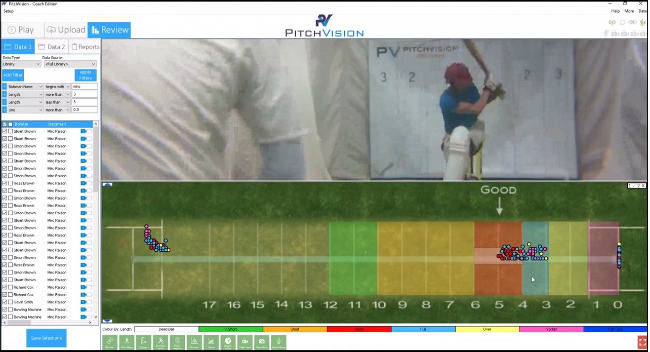 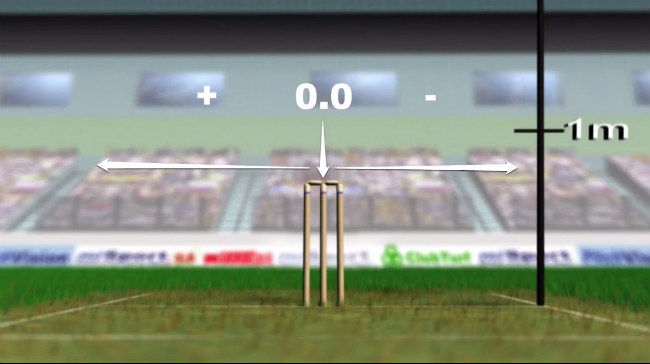 The best part about the PitchVision kit is that it can be deployed anywhere. Be it a garden or a rooftop, the entire PitchVision setup can be completed within 10 minutes and it can also be disassembled in 10 minutes.

What’s more? Creating a PitchVision account can also give you access to the company’s large library of player analysis videos as well as the ability to share your own practice videos with the community of players & coaches on PitchVision.com. The videos generated by the kit are 5-7 seconds in length, giving you enough room to upload and share these clips on the PitchVision website.

“If you go on pitchvision.com and want to find out ‘who is the fastest 12 year old bowler in Bandra on Monday morning’, those data points will be available on the platform,” says Timblo.

Now, even though PitchVision sounds like a dream for budding cricketers, the system is not exactly cheap. A starter PitchVision kit with video recording & sharing capabilities costs Rs. 3.5 lakhs and goes up till Rs. 6.5 lakhs for an advanced kit that provides the above mentioned 25 data points. Because of its heavy pricing, the company is aiming to sell these systems to cricket academies or other training institutions.

According to Timblo, “In this case, the capex investment is done by different bodies, schools, academies and other groups of people who can manage to interact with a bunch of players to come to that facility and they, in turn, would be charged on a membership basis.”

PitchVision systems are Already being used in 14 countries by clubs, schools and academies, notable amongst them being Cricket South Africa (CSA), the MCC Academy at Lord’s, the ICC Global Academy, Dubai, Cricket Ireland and the Essex Cricket County. Timblo tells us that the company has already sold PitchVision systems to Karnataka State Cricket Association and have 3 other undisclosed associations are in the pipeline, with eventual sights set on the Indian Cricket team.

We at Digit also be experienced the PitchVision system. You can see it in action below.