Security in the world of IoT (Internet of Things) 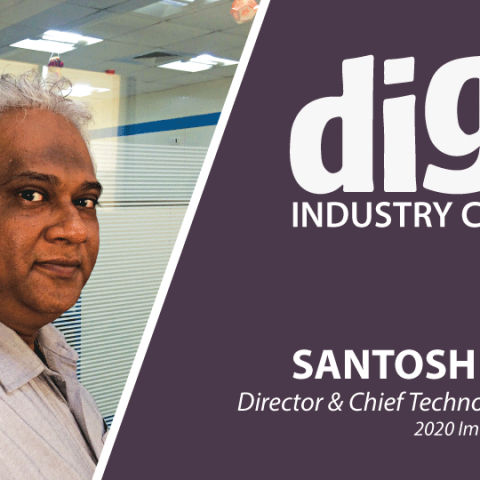 IoT happens to be the latest buzzword but there's a lot more to it than just a fancy name. We talk to Santosh Pillai, Director and Chief Technology Officer of 2020 Imaging India Ltd., about the more pressing matters around IoT, mainly focusing on its security aspects.

Digit: Looking at the IoT landscape in its current form, it is quite evident that there is a lack of standardization in terms of security protocols. Every device manufacturer is coming up with own implementation. To offset costs, compromising on security seems to be an avenue since there is nobody to keep an eye out. Even the FCC only recently overhauled RF rules (link) after 17 years. How long do you think it will be before a proper framework is established?

Santosh: IT networks have been evolving over the last three decades and IoT networks will also go through an evolution cycle. The transition of IoT networks from closed network to enterprise network to public network has already started. However, the traditional networking standards will need to be adapted to the IoT requirements, especially when it comes to security. For example, device-based digital certifications from boot-up to handshakes to operations will greatly reduce the security threat in IoT networks. A seamless interface with enterprise firewall applications, for instance, will be a near-term essential. I think it will take another three to five years to setup IoT frameworks and security will be a major part in that.

Digit: Will the IoT bubble burst? If so when? The reason behind this question comes from a recent survey (link) which indicates that 50 per cent of the customers surveyed were skeptical about IoT devices due to security concerns and about 90 per cent of developers had similar concerns as well. If the customer pool seems undecided over a technology, why would developers focus their energy towards the same?

Santosh: The IoT bubble may burst in its current format, only to evolve into a more business centric framework. The IT revolution has successfully converted data into intelligence, now the IoT revolution is converting intelligence into actionable intelligence. Many customers that we are talking to, especially in the manufacturing sector have already started to execute IoT projects. Security concerns may continue to remain for a longer time than concerns on business use cases. However, it is only a matter of time before these concerns are trashed out, at least to get the ball rolling. The fact that Gartner continues to have IoT as a top technology trend, the fact that IT giants like Cisco continue to have IoT as a business focus, the fact that device leaders like Schneider Electric have IoT in the heart of their ecosystem, and the fact that IoT continues to reign a major proportion of technology start-ups across the world means IoT as a concept is here to stay.

Digit: How will Li-Fi impact the nascent IoT landscape?

Santosh: Wi-Fi does present a limitation in terms of number of devices and systems at the aggregation level, hence a faster Wi-Fi on a different technology as that of Li-Fi will positively impact the number of aggregation devices. However, the business use cases are more important right now for IoT’s growth story, than the bandwidth limitations. Li-Fi will be needed when IoT transforms itself into IoE (Internet of Everything).

Digit: Other than the glaring security issues, what is the biggest obstacle along the road for IoTs?

Santosh: Creation of definitive use-cases that create business impact is the biggest obstacle right now for IoT. Once that happens, the other challenges like adoption and standardization will take care of themselves. But one suggestion that we have for IT leaders adopting IoT solutions for their enterprises is to follow a bi-modal approach where they continue to run their existing business on their current systems and switch over to an IoT framework for new business requirements. This way, they not only mitigate the risks of new technology but can also create validations for business leaders to sponsor more such initiatives.

Digit: With security companies asking for more and more back-doors in everything that has an IP address, wouldn’t you say IoTs are the biggest threat to privacy?

Santosh: Any IoT device that captures personal information will be under scrutiny and has to be rightly so for the bigger good of sovereign security. While encryption of data in motion can prevent misuse, authorized security agencies should have access to the IoT system pretty much like any other IT system. That said, companies and common man should not have to worry about this, because there is a greater benefit in IoT and snooping on IoT systems can always be governed by strict global protocols.

Digit: How do IoTs come into the picture in a rural environment? Especially in a country like India.

Santosh: Let us pick four top sectors that impact the rural environment through IoT technology – agriculture, education, health-care and banking. Imagine a situation where sensors on the field are able to communicate information to a central authority about soil quality, pest levels, moisture content, etc. Now agriculturalists can dynamically change their farming pattern based on information guided through real-time advice. Mobile phones can become the means of intelligent marketplaces. Take education, we can have remote classrooms with smart devices that are connected over the internet. Same for health-care too. When it comes to banking, mobility can greatly change the way the rural population deals with money. So, IoT will be a great technology for a country like India to take lead in terms of innovation.

Digit: Additionally, will IoTs widen or narrow down the socio-economic divide?

Santosh: IoT will certainly narrow down the socio-economic divide. The BoP (bottom of pyramid) will greatly benefit from IoT. Mobile technology, in a way is the pioneer of IoT technology. Today we have referendums being sought through mobile devices. From agriculture to banking, from citizen participation in governance to online marketplaces for live produce, mobile technologies are being touted as the next wave of IT revolution. It is only a matter of time before IoT expands beyond mobile phones to further narrow down the socio-economic divide.

Digit: What are the best areas (peculiar to India) for making the most of IoTs?

Santosh: Manufacturing, BFSI(Banking, Financial services and Insurance), Healthcare, Logistics and Agriculture will be the best areas to start IoT in India. Considering the vast expanse of the country with different location-specific challenges, sensor based intelligence combined with mobile integration over the internet will be the best use cases for us to create an economic impact.

Digit: Where does 2020 Imaging fit in all of this?

Santosh: 2020 Imaging has created a forward-looking framework for aggregation, collaboration and action. Through normalization and contextual visualization of data, 2020 Imaging has greatly innovated in the space of IoT to help customers optimize, operate and experience data. We connect to security, facility, IT, production and business systems to give a common operative picture to our customers. We are leveraging the principles of management by exception to help enterprises minimize disruptions, reduce losses and secure operations. We are leveraging the principles of mobility to help cities connect with its citizens, resources and entities. We have beautifully weaved in video along with all of these to help governments and businesses look at data effectively. We are using IoT to provide situational awareness to our customers to visualize and act proactively.