Qualcomm says India can scale IoT like no other country, predicts 20 billion connected devices by 2020 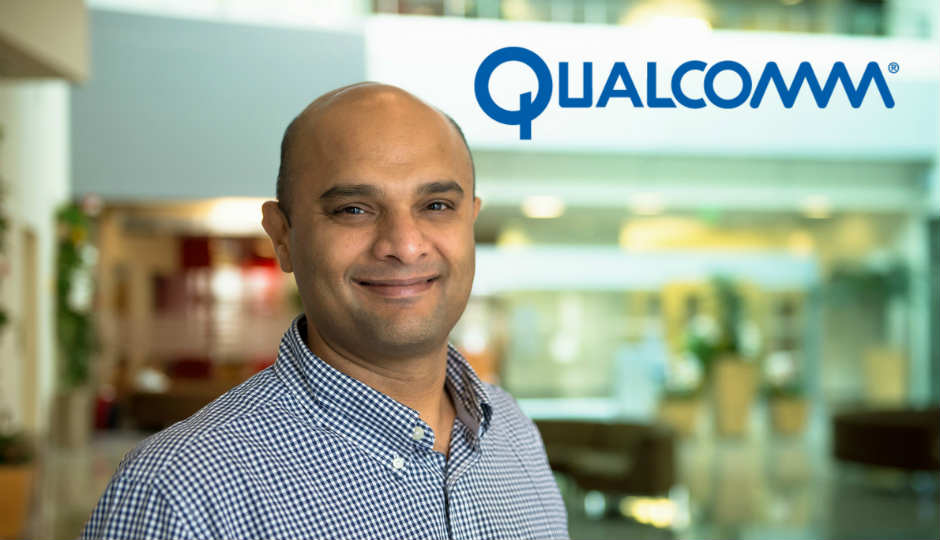 It is quite apparent that the Internet of Things (IoT) is the next big push for mobile chipset-maker Qualcomm. The American semiconductor company already commands the lion’s share of the mobile SoC market, and is now one of the largest patent holders in the IoT space, followed by Intel and ZTE respectively. With new IoT focused mass-market chipsets in the offing and a market like India to play with, Qualcomm is bullish about IoT adoption in India. We spoke to Uday Dodla, Director of Product Marketing, Qualcomm India and picked his brain on the subject. Here’s what he had to say -

Digit: What are your IoT plans for India? How do you plan to be involved in the Indian Government’s Smart City initiative?

Qualcomm: Our goals for IoT in India are fairly clear. We want to concentrate on some of the verticals such as surveillance & security for our IP camera platform, our wearables, essentially anything that’s either connected to your smartphone or directly to the network with different use cases. It could be the casual wearable user, it could also be healthcare. We just announced a partnership with Philips around that last week. We are also looking at the growing ecosystem around video boxes, IP boxes and Augmented Reality (AR), Virtual Reality (VR). Again, last week we announced the Snapdragon VR 820 (a VR headset). So, these are the key areas we want to focus on.

On the second part, yes we are working with a few of our partners, not directly with the government, but through our partners. For example, we have a current engagement in Jaipur, with CISCO. We’d like to expand that to other regions as well. The Jaipur one is a very small scale lab setup, like a proof of concept. So, the idea is to understand the use cases that affect smart cities. What are the use cases that the Government is looking for and how we can scale those use cases for those problems. It’s an ongoing engagement and everyday there’s a new platform that comes up. We have our own platform that’s going to go live in Q4. It’s called the Edge Management Platform (EMP offers a series of hardware reference designs, software capabilities to address the connectivity, edge intelligence and interconnect requirements).

Digit: India is yet to catch onto the IoT buzz when it comes to home products. What according to you are some of the limitations on the widespread adoption of IoT products?

Qualcomm: Each of the solutions that are coming up are still very early. There’s quite a bit of work that’s being done for the outside markets, but for domestic India market, I believe solutions are still being developed. One of the reasons why the adoption of IoT is slow is because we don’t have a ready reference platform to build on. If you have something that’s already built, then companies can replicate. We now have reference designs for wearables, for surveillance cameras, for smart cities, for video boxes. These reference platforms make life easier for a design house to startup in India, to basically get the hardware in place.

Digit: I know Qualcomm is already working with startups and providing them with reference platforms to build on, but that’s not where I am getting at. I am getting at the fact that the final adoption of what these startups build and the final adoption of consumer IoT is not happening in India. Even with wearables, the market is there but it’s not really a huge market in India. What do you think is the problem?

Qualcomm: I believe the policies are there and there is encouragement by the Government, both state and central. I believe it has got to do with the maturity of the solution. That includes both hardware and software, and the effectiveness of those solutions.

Digit: Do you think people in India effectively know about IoT and what it can offer? That sort of knowledge base also does not exist here, right?

Qualcomm: That’s correct. It will take time for us to get to that awareness level. But, take something like surveillance and security, that’s something that people don’t have to be told about. That’s a key use case and a need, and we are addressing it. You are right about wearables, but we are seeing an uptake in the wearable adoption globally. Not specifically watches, but stuff like kid watches and elderly care watches, they are gaining traction, and we see that similar thing happening in India too.

Digit: If you were to put a number to it, how many years do you think will it take India to understand and implement IoT in our daily activities?

Qualcomm: It’s a constant evolution of how we are solving problems locally. I believe it won’t take long. First of all, you see how 4G has aggressively rolled out right? Now almost all the national operators have 4G

Digit: Yes, 4G is going to be a cluttered network right? All operators are on 4G and there are many mobile devices on 4G. What about specialised networks for Iot, like the LoRaWan network in South Korea?

Qualcomm: Good question. In fact, one of the things that will help increase the connectivity is the availability of what we call Narrow-Band IoT (NB-IoT). So while LoRaWan is one such solution, 3gpp is leading the effort to standardise what’s called NB-IoT, which will make IoT devices communicate very efficiently with a Wide Area Network. So, it’s actually an adaptation of an existing 4G network to support NB-IoT. Think of it as a highway, where a small portion of the highway is dedicated to IoT traffic, whereas the rest of the highway is dedicated to cars and trucks (figure of speech). So, that’s how it is going to look like. It is not a brand new highway, it’s essentially cutting out a sliver of that highway for IoT. We are anticipating networks to launch NB-IoT sometime next year, once the standardisation is final and products start coming out.

Digit: You know India is a price sensitive market and when you actually talk about consumer IoT products, they are not exactly cheap. Do you feel that  home IoT products will always be a niche category in the country?

Qualcomm: I believe there’s not only technological advances, but also, scale. India can scale like no other country right. So, once you get those volumes in place, your economies of scale will take the cost down. Look at everything out there, 4G smartphones, they’ve become so low cost now. I believe with scale, you will get very very affordable solutions.

Digit: The most important issue in IoT these days is that of standardisation and security. How important is it to standardise IoT devices from a security standpoint?

Qualcomm: Currently, the security part of it is either provided by the solutions provider, so whoever is providing the analytics and cloud is responsible for providing security. However, data collected by sensors can be protected using security mechanisms that are there on chipsets inherently. That’s an important thing that needs to be looked into and made sure no compromises are made.

Digit: Most modern IoT devices will sport LTE and we believe Qualcomm is working on specialised chipsets for IoT, like the MDM 9207-1, to increase device performance, while optimising battery. Can you tell us more about these? How will these be more cost effective? Can these bring down the cost of IoT devices?

Qualcomm: Yes, we have with us the first chipset that came out earlier this year, that enables mass market IoT adoption. What we have done is made it more efficient, made it more suitable for this NB-IoT, that I just talked to you about. We have chipsets coming out, the 9206, for example, was recently announced which will be coming out in December. There’s a follow-up to that, which will be announced in a month’s time, and will come out around 2017. All that is to make connectivity more seamless, simpler and cost efficient, while keeping power in mind.

By reducing the components that go into a device, we are able to control power consumption. At the same time, we have what is known as low power consumption on this specific family of chipsets, that will allow the device to only operate when necessary. For example, at Mobile World Congress, we were able to show the 9207 operating in the low power mode in a smart meter, reporting once a day, using two AAA batteries that lasted 10 years.

Digit: How big a bet are you placing on IoT, since you are the largest patent holder in this space? Should we believe exaggerated numbers like 50 Billion plus connected devices by 2020?

Qualcomm: You are right that 2 years ago, a big number was thrown out. That number was reduced a bit this year. So we anticipate 20 Billion devices by 2020 will be connected to the internet in some way or the other. Internally, I think this has gone out earlier also, our goal is to accelerate revenue specifically from IoT solutions. By 2020, we anticipate that IoT will be a significant portion of our revenue. Almost a 3rd of our revenue is forecasted to come from IoT by 2020.

Digit: Lastly, what’s your opinion of Reliance Jio, an all IP-based network? Do you see that helping in the IoT space?

Qualcomm: We firmly believe that Reliance Jio is a game-changer. One of the things it will enable is that it is not only digital 4G for everyone, I believe it will also be a platform for us to expand IoT.