Is Xiaomi finally ready to bring its ecosystem to India? 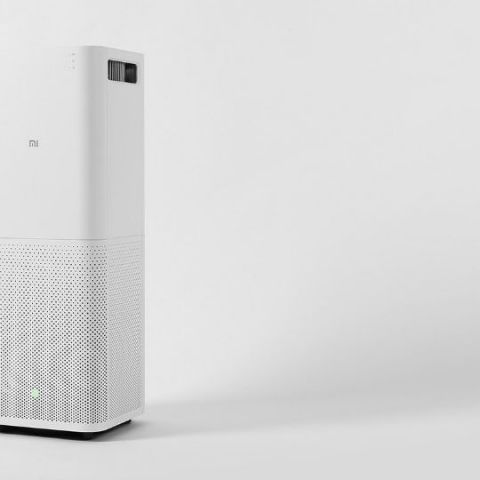 Xiaomi’s significant popularity in the smartphone space in India will be bolstered by products like its Air Purifiers etc. The company’s business model revolves around building an ecosystem of products, just like Apple. So far, though, Xiaomi has been unable to really kickstart this ecosystem in India. Apart from smartphones, Xiaomi also sells headphones, Mi LED lamps, and other products, which can all be considered smartphone accessories.

In China, Xiaomi’s ecosystem is huge, with has non-electronic equipment like the Mi Pen, a Mi-branded suitcase and more. Xiaomi wants to be established as a company that makes high quality products, while making profits through its ecosystem model. To do this, it will have to bring other products to India, while also striking deals with content partners for things like the Mi TV.

Speaking of the Mi TV, Xiaomi’s much talked about television has been missing from the Indian market forever now. In fact, when Xiaomi first entered India with the Xiaomi Mi 3 smartphone, the company had showcased the first generation Mi TV and announced a price for the same. Xiaomi has since been silent on when the TV would actually come to India, even as two more generations of the TV have passed in China. Company executives, like Hugo Barra, have often cited lack of content sources as the reason for the delay.

When we discussed the Mi Box with the company, Xiaomi said it is trying to integrate DTH TV boxes into the device. This is of course to solve the content problem, and does make sense. However, some would say Xiaomi is taking too long. Interestingly, local Chinese competitor, LeEco, has spent less than half the time Xiaomi has in India, but is now selling both TVs and smartphones here. LeEco has been able to strike partnerships with YuppTV, Eros Now and more for content, while also promising more content deliveries throughout the year.

The delay in launching other products may have frustrated Mi fans, but Xiaomi is not rushing things in India, its biggest market outside of China. The company will have to catch up to its competitors, but taking time may be the right way to go. Xiaomi received a lot of bad publicity when it had to withdraw the Mi 3 a few weeks post launch, and we have also received many complaints, on Twitter, about Xiaomi devices recently. It is understandable that Xiaomi is focussing on these issues before flooding the market with products. At the end of the day, the best product wins, but not without proper support and delivery mechanisms.