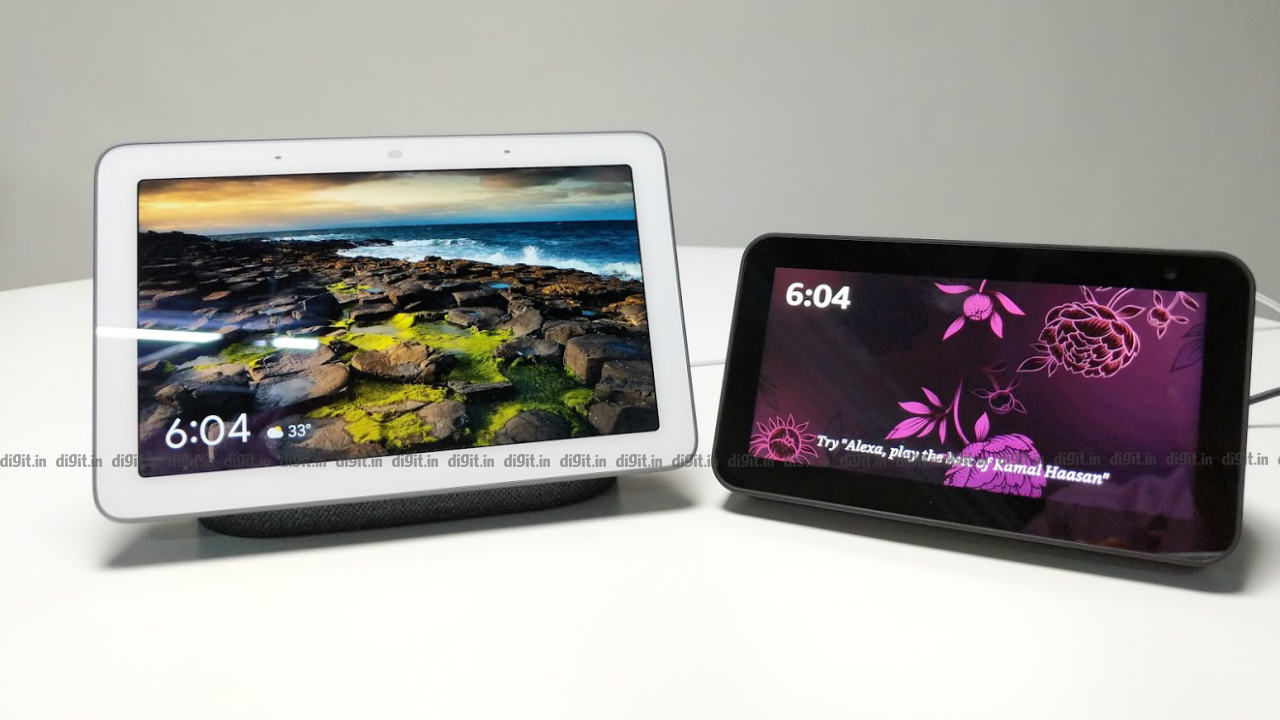 Google Nest Hub vs. Amazon Echo Show 5: Which one should you get?

Can't decide between the Google Nest Hub and Amazon Echo Show 5? Read on to get a better idea.

Google launched the Nest Hub in India a few months after Amazon introduced the Echo Show 5. Both are smart displays that cost less than Rs 10,000. One responds to Alexa, while the other responds to OK Google. One has a 7-inch touchscreen display, and the other has a 5-inch touchscreen display. But the question is: which one should you get? Let’s examine the evidence:

The Google Nest Hub(₹ 9999 at flipkart) has a 7-inch LCD screen and the Amazon Echo Show 5(₹ 7999 at amazon) has, well, you guessed it, a 5-inch LCD screen. But the difference in quality is easy to tell. Colours on the Nest Hub look more lifelike while colours on the Echo Show 5 are somewhat washed out. If you’re planning to watch a lot of online video clips on this device or use it primarily as a digital photo frame, you should consider the Nest Hub seriously. What’s more, the Nest Hub can dim its display to a near zero whereas the Echo Show 5’s bright display could bother you at night.

The quality of sound is more or less the same on both smart displays. There’s a single speaker driver inside on both devices, which is best used for casual music playback. That said, the Nest Hub manages to offer more volume while the Echo Show 5 handles low frequencies slightly better. But the Echo Show 5 has the upper hand in the audio department because it features a 3.5mm audio jack for audio line-out. With that, the Echo Show 5 can be hooked up to a pair of external speakers. 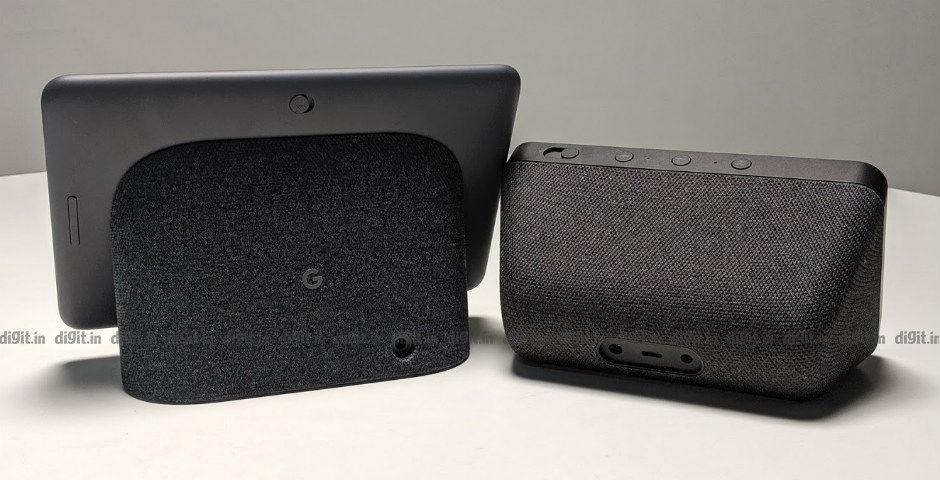 Both smart displays have a smartphone app on Android and iOS to help with setting up and adding features. The Google Nest Hub will ask you to download and open the Google Home app to get started with the initial setup. Without it, you just can't set up the Nest Hub. At the time of setup, your smartphone and the Nest Hub need to be on the same Wi-Fi network. The Amazon Echo Show 5, on the other hand, does not need the Amazon Alexa app for initial setup but needs it for adding new skills. In other words, it's easier for newbies to set up the Echo Show 5 compared to the Nest Hub.

Sadly, in the name of privacy and all that, the Google Nest Hub doesn't come with any cameras on it, so you can't video-call anybody with it. However, you can set up Google Duo on it using the Google Home app and make voice calls. The Amazon Echo Show 5, on the other hand, has a 1-megapixel front camera with a physical shutter for privacy. So, after a few minutes of setup on the Amazon Alexa app, you can use the Echo Show 5 to drop in on your contacts. 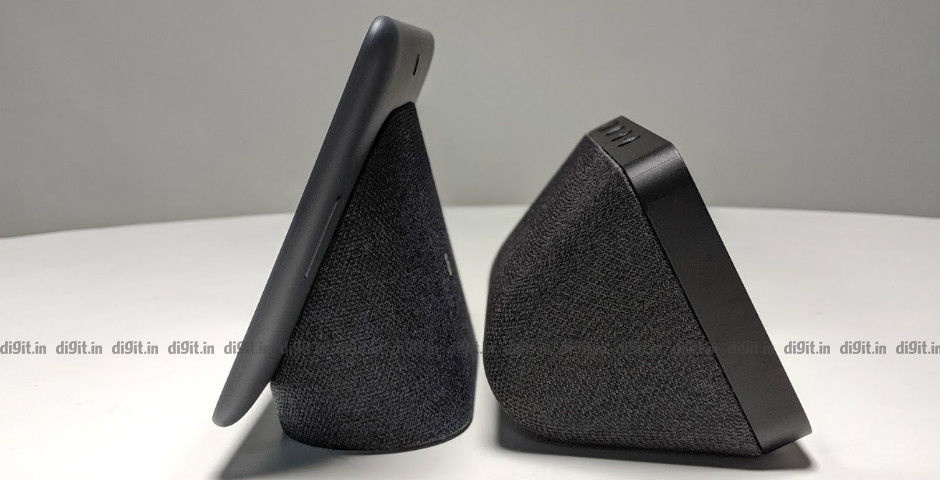 Which one should should you get?

The Google Nest Hub is an extremely well-engineered product in that it has a better display, quality materials all around, and an easy-to-use on-screen interface. But the Amazon Echo Show 5 scores more points in our books for practicality. It has a front-facing video-calling camera with the option of going private and a 3.5mm audio jack for line-out, giving you the option to upgrade your audio setup while retaining the power of Alexa. Also, the Echo Show 5 is easier to setup. So, if you're new to the world of smart displays, we think the Amazon Echo Show 5 is the one you should pick. What's more, you'll save yourself a full thousand rupees. To learn more, you can always read our review of the Amazon Echo Show 5 here and our first impressions of the Google Nest Hub here.

Amazon Alexa can now understand and respond in Hindi