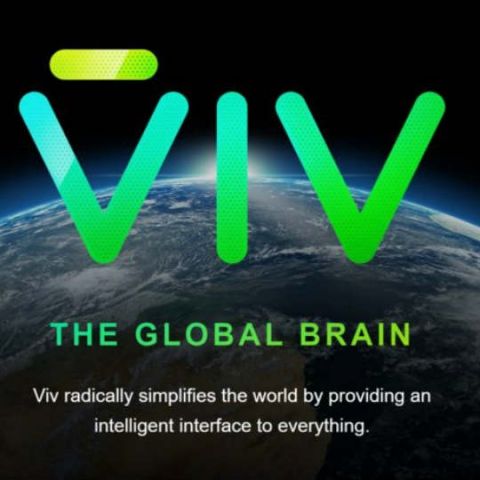 As far as intelligent personal assistants go, the ecosystem has been clearly divided between the top three AI based assistants - Siri, Google Now and Cortana. Of course, there's also Amazon's Alexa, which drives the company's Echo smarthome hub, but it still hasn't reached larger audiences because of its non-smartphone existence.

Now, Siri co-founder, Dag Kittlaus has showcased an impressive new AI based digital assistant called Viv, and it may just kick the top three personal assistants out of business, unless of course they up their game. Yesterday, Kittlaus introduced Viv at Tech Crunch Disrupt in New York, where it managed to wow audiences with its ability to handle extremely complicated commands.

“Will it be warmer than 70 degrees near the Golden Gate Bridge after 5PM the day after tomorrow?” asked Kittlaus and Viv responded within miliseconds with, "No, it won’t be that warm Wednesday after 5pm.”

According to Kittlaus, what makes Viv super intelligence is a dramatic new development in computer science called Dynamic Program Generation (DPG). This means that Viv can write complicated programs on the go, as compared to existing personal assistants which use specific formats built into them. Viv has advanced natural language processing capabilities which generates the intent for it to write a program. As Kittlaus puts it, "It's software that writes itself." It took Viv 10 miliseconds to write a 44 step program around the Golden Gate Bridge question. The real difference between current personal assistants and Viv is its ability to use DPG to scale the user's query as compared to hard coded programs fed into existing assistants like Siri. 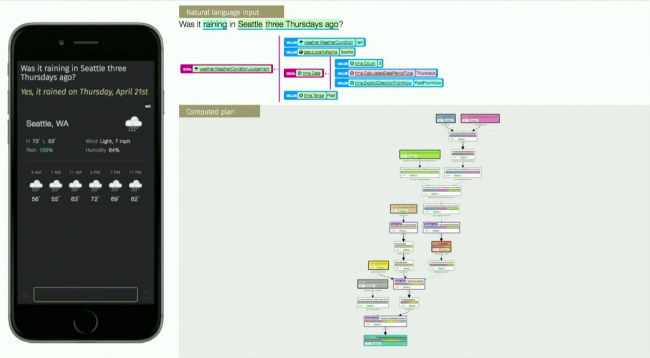 A program written by Viv

Kittlaus says, "Viv as a platform is built so that developers can come in and make things quite easily and create experiences that are fairly straightforward in a short period of time." Viv is a platform agnostic AI assistant which will allow developers to be as creative as possible in training it for various tasks. At the event, Kittlaus also demonstrated Viv's ability to place an order for flowers by finding and filling in his mother's address info on its own. He also ordered an Uber and booked a hotel with the ease of a few voice commands.

That said, we are extremely excited about Viv and can't wait to see what developers make of it in the future. What do you think?