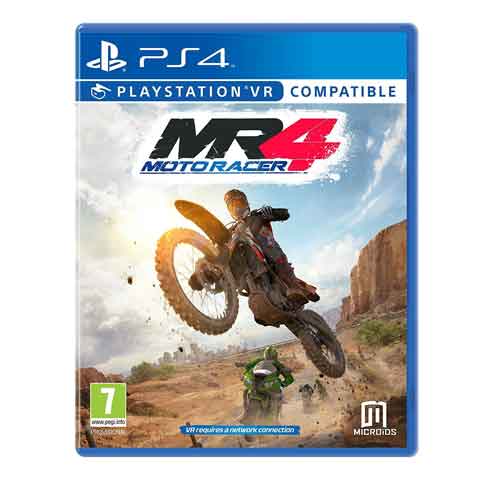 Playing a racing game using a VR headset provides a more immersive experience when compared to the traditional gaming experience. Moto Race VR is a great example of this. The game brings with it more than 100 races including motor-cross and asphalt races across different terrains. The game also tests your riding skills to ensure victory tastes that much sweeter. With 10 different characters for pilots, each of them brings their own flavour to the game. You can play different race modes like championships, single races and much more to immerse yourself.

Doom is a fast-paced shooter and playing the game in VR only adds to the immersion. Players can immerse themselves in the UAC facility on Mars and the depths of Hell. Player's skills are put to the test through intense combat and challenging puzzle-solving. Adding to the immersion is the fact that you are doing all this in VR.

If you want to play a game that will ensure you sleep with the lights on, then you need to try Resident Evil 7. Since this is a first-person game, playing it in VR adds to the immersion. Not to mention the fact that it has photo-realistic graphics and some really scary jump scares. If you would like to experience a horror story rather than watching one, then Resident Evil 7 is the one for you.

If you are a fan of shooter games, but want something other than a typical soldier story then you should check out Wolfenstein: Cyberpilot. The game adds to the lore and story of the Wolfenstein franchise. The game takes you to 1980s Paris where you aid the resistance by taking control of powerful war machines. Fighting your way through the city of Paris in the virtual world will make you feel like you are actually there.