The October Binge Guide: What to stream on Netflix and Hotstar this month 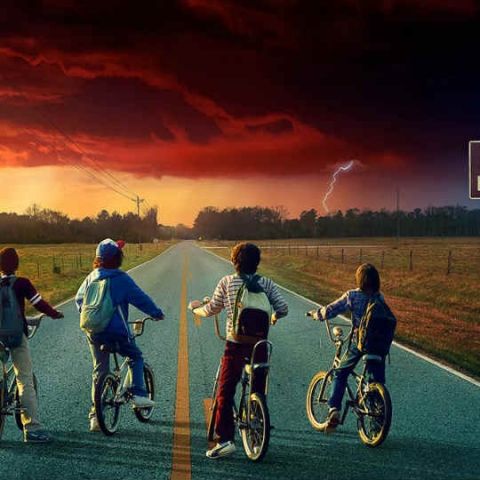 October is a great month for streaming. Not only do some fan favourites (read: Stranger Things) return for a new season, but since we just got done with the Emmys last month, there are a bunch of award-winning TV shows and movies that you can catch up on this festive, holiday-filled season. So without further ado, here’s your October Binge Guide:

Things are going to get pretty dark in Hawkins this Halloween as the critically acclaimed 80s-style sci-fi thriller, Stranger Things returns to Netflix for a second season. The upcoming season's description reads - "It’s 1984 and the citizens of Hawkins, Indiana are still reeling from the horrors of the Demogorgon and the secrets of Hawkins Lab. Will Byers has been rescued from the Upside Down but a bigger, sinister entity still threatens those who survived." Excited? We are!

High-school drama Riverdale also returns for a second helping this year. The show that reimagines the storyline of the classic Archie Comics in a darker, more sinister fashion, is all set to get even more ominous this season. The first episode of Riverdale Season 2 picks up right where season 1 left off, with Fred Andrews being wheeled into surgery after being shot at Pop Tate’s Chok’lit Shoppe. Who shot Fred? What happens when Hiram Lodge is finally freed from Jail? Will Miss Grundy make a comeback? More importantly, we hear that Jughead gets his own major storyline in season 2, which already looks better than the previous one.

From the Director of Fight Club, Seven and Gone Girl, Mindhunter is crime drama based on John E. Douglas’ book called ‘Mindhunter: Inside the FBI's Elite Serial Crime Unit’. The series tells the story of two FBI agents, Holden Ford and Bill Tench (played by Jonathan Groff and Holt McCallany) who interview serial killers in a controlled environment. Douglas himself was an FBI agent who spent his life studying criminal psychology and interviewing serial killers like David Berkowitz, Ted Bundy, John Wayne Gacy, Charles Manson and more. The show seems to draw from the writer’s eerie conversations with these murderers. This, coupled with David Fincher’s directorial brilliance, has the potential to make Mindhunter your next big streaming obsession.

Designated Survivor season 2 has already started streaming on Netflix. The series premiered on October 5 and two episodes from the show have been released so far. While we liked the first season of the show, season 2 is just more of the same. Episode 1 opens with a shabbily constructed montage and goes on to resemble every low-budget White House movie ever made. This might just be the end of Tom Kirkman and his stronghold on the political thriller genre (we all know Frank Underwood is King here). Still, the show makes this list for those of you who want to watch it for the sake of continuity.

Stephen King’s novella of the same name will soon come to a streaming screen near you. 1922 is a horror-drama set in the year 1922. A rancher named Wilfred James (Thomas Jane) murders his wife (Molly Parker) in order to prevent her from selling her inherited share of the farmland and moving to the city. James manipulates his son into helping him commit the murder. The duo are then haunted by a rat (or rats from the look of the trailer) which embodies the spirit of James’ dead wife.

Hotstar is streaming almost all the Emmy award nominated/winning shows and TV movies, and there’s no time like the festive season to catch up on some quality content. Some of you may have seen these shows already, but for those of you who haven’t, here are four of the most interesting Emmy nominated/winning stories you should watch right now!

The Immortal Life Of Henrietta Lacks

Every vaccine in the world, every major breakthrough in the medicine industry came from one woman’s immortal cells which were grown in laboratories all around the globe and which are the first and only human cells that continue to grow beyond a set number of cell divisions. The Immortal Life Of Henrietta Lacks is a movie about that woman - Henrietta Lacks. It is the story of Lacks’ life and what happened to her family after she died, only to live on inside millions of people who were helped by her cells. A must watch.

Big Little Lies bagged a total of eight Emmy awards this year, including one for Outstanding Limited Series. The show is a perfect blend of drama and suspense with a formidable star cast at its helm. The miniseries casts Reese Witherspoon, Nicole Kidman, Shailene Woodley, Adam Scott, Zoë Kravitz, Laura Dern...the list goes on. Big Little Lies follows the branching, yet converging stories of four mothers whose children attend the same school. One is haunted by her violent past, looking for a fresh beginning. Another lives with her violent present and hides it from the world. One is a perfectionist homemaker, while her arch nemesis is a high profile executive struggling to balance her professional and family life. Intertwined with all their lives, is an unsolved murder that will keep you at the edge of your seat right till the end.

Feud is one of the most well directed, cinematographed shows I have seen this year. The miniseries might have fizzled at the Emmys, but is one that’s not to be missed. The story follows the lives of Hollywood superstars Joan Crawford and Bette Davis, and a personal feud between the actresses that filled their lives with hatred, enmity, and a strange sense of friendship. The lead roles are beautifully and most romantically portrayed by two of my favourite actresses - Jessica Lange and Susan Sarandon. One for the quiet nights, with a big cup of comfort coffee.

Following pranks, Netflix will now edit phone numbers out of Squid Game
New studio called SEE claims that it will start shooting movies and TV shows in space by 2024
Amazon Prime: All the New TV Shows & Movies You Can Binge This Week
Spider-Man: No Way Home India release pushed up a day earlier, will now hit theatres on December 16
Hideo Kojima is finally looking at diversifying into films and TV shows
Advertisements