The November Binge Guide: What to stream on Netflix, Amazon Prime and Hotstar this month 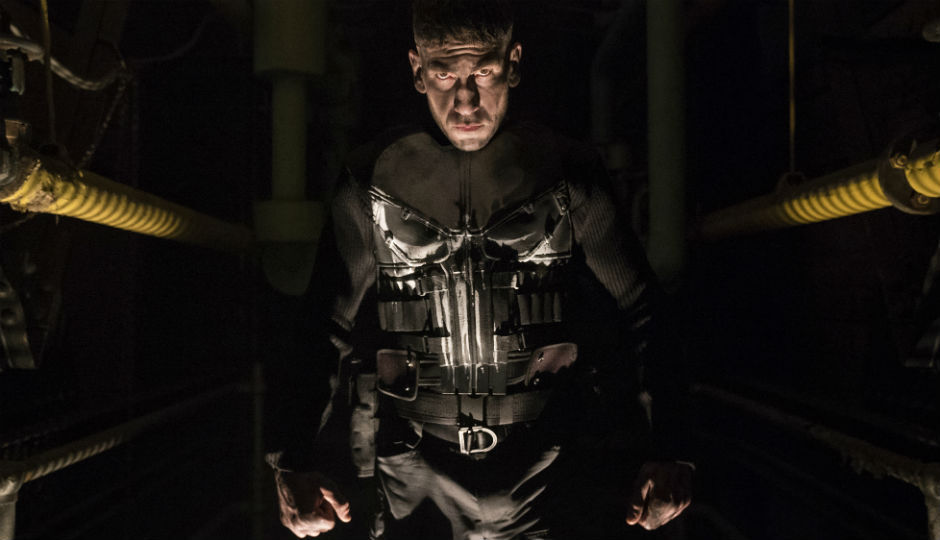 November is a big month for streaming fans. The delayed, yet much awaited Marvel’s The Punisher is finally streaming on Netflix and so is a spin-off prequel to the hugely successful Big Bang Theory. That, combined with a second coming of Stranger Things and a Jessica Biel starring murder-mystery is all you need to end the month on a high note, just ahead of the season 4 premiere of Black Mirror!

Probably one of the most entertaining Marvel shows Netflix has created so far, The Punisher has all the makings of a classic comic book-to-Live action transition. The show traces the story of Frank Castle (Jon Bernthal), an ex-marine looking for revenge for the murder of his family. The death of his family forces Castle to take on the role of the merciless Punisher. The show is packed with multiple gun battles, including one that happens completely in the dark with only gunshots illuminating the scene. There are multiple throwbacks to the comic books, including Frank’s famous White Skull-painted ensemble, scenes from his time in the war, his longtime strategizing ally Microchip (Ebon Moss-Bachrach), and friend-turned-arch-rival Billy Russo (Ben Barnes). For us, The Punisher is right up there with Daredevil and a far more superior watch when compared to the Marvel superhero team-up - The Defenders.

It was a regular sunny day. She was a typical home-maker enjoying a day on the beach with her family. Then someone played a song and she stabbed him to death out of the blue. Why? Even she doesn't know. Jessica Biel plays Cora Tannetti, a young mother and an average joe who has blocked some deeply disturbing and dark memories for good. So much so that she murders a random stranger without good reason. The 8-part murder-mystery had us hooked right from the get go and was one that we watched back-to-back without a break.

The sequel to the 80s-style supernatural thriller is here and it’s definitely bigger that season 1. It was the intention of the creators - The Duffer Brothers - to not just make a sequel, but a worthy successor to season one in the form of Stranger Things 2. With a host of new characters, a well connected storyline and new monstrosities from the Upside Down, Stranger Things 2 can be added to your list of all-time favourite premium TV shows. You can read our review of the show here.

Once you are done watching Stranger Things 2, and we mean all the 9 episodes of the show, get onto Beyond Stranger Things. The aftershow features round table discussions with the producers, directors, cast, and of course, The Duffer Brothers. The seven episode show is hosted by actor Jim Rash and features an analysis of each episode. Lots of spoilers in this onw, so make sure you don’t watch it before the actual show.

It all started with X-Men, the moment that changed Sheldon Cooper’s life forever. No, we are not talking about Big Bang Theory, but a whole new series tracing the childhood of Sheldon Cooper. The CBS original created by Chuck Lorre and Steven Molaro serves as a prequel spin-off to Big Bang Theory and is now available for streaming in India through Amazon Prime Video.

With a stellar cast that includes the likes of Paul Giamatti, Damian Lewis and David Costabile, Billions is an intense drama that traces the rise and fall of a hedge fund kingpin. The show gives viewers keen insights on how dirty investment firms make billions on the back of insider trading, extortion and financial malpractices. While Damian Lewis plays the billionaire Bobby Axelrod, Paul Giamatti plays the holier than thou US Attorney Chuck Rhoades. What follows is a classic power struggle and a never ending cat-and-mouse game stretched over two seasons. The third season of Billions is set for a 2018 premiere, so this is the best time to catch up on all that’s happened.

Netflix with Ads could arrive by the end of 2022
May the 4th be with you as Disney+ Hotstar brings you a whole world of Star Wars to travel across galaxies
Tata Sky has now changed its name to Tata Play, will now include Netflix as an add-on
Netflix cuts its subscription prices by up to 60% across all plans
Amazon Prime: All the New TV Shows & Movies You Can Binge This Week
Advertisements