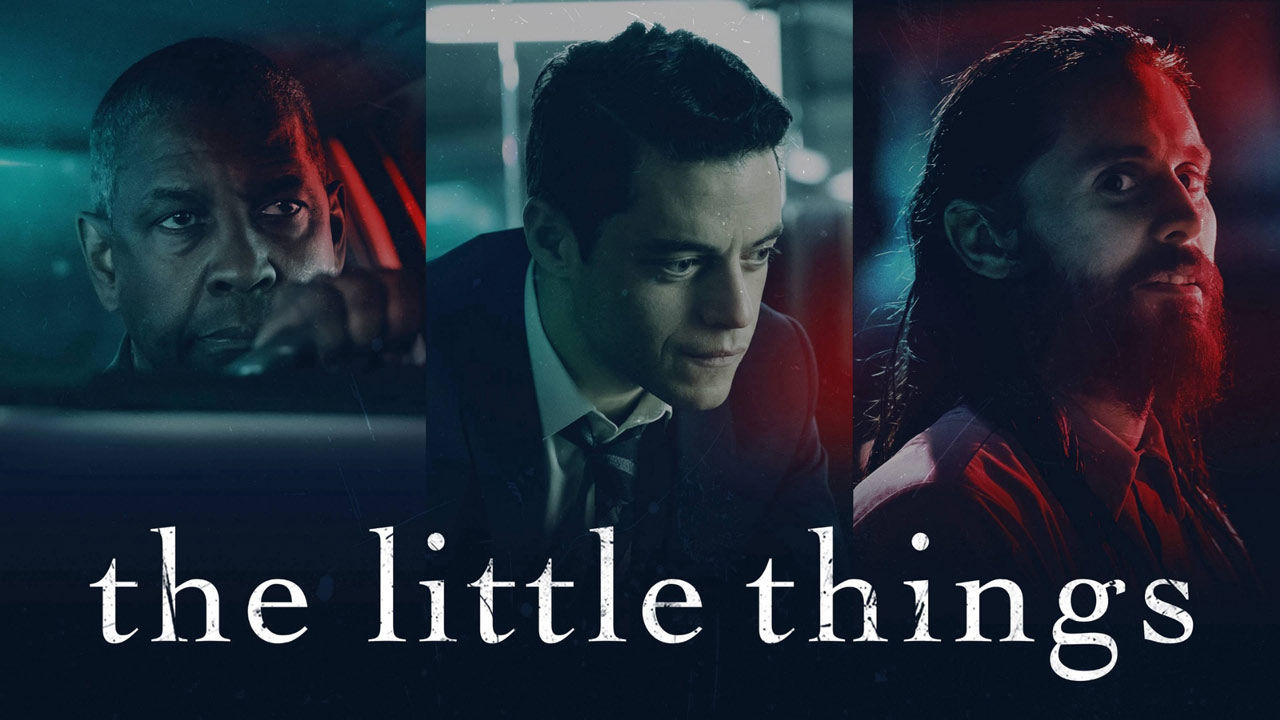 Written and directed by John Lee Hancock, The Little Things marks the first of many WB films to hit HBO Max this year, as part of their newly-formed joint venture. And we must say right away, for an early impression of what’s to come, it does set itself up for quite the disappointment. The main culprit here is the screenplay. Not so much for the content itself, but because it was written back in the 1990s. So basically, it just ends up picking on every pre-existing, worn-out clichés in existence.

Set in the vibrant city of Los Angeles, our manhunt story opens up with a rather interesting chain of events, as we are thrown into the midst of a late-night car chase sequence. A sinister scene, tightly resembling Fincher’s Zodiac, sees our menacing killer calmly stalking a young lady into the deepest levels of fear. Throughout this well-played out segment, his face is kept hidden, adding to the alluring sense of mystery and deceit, going forward. A great, riveting start to an unnerving psychological crime thriller, is what we thought. What we didn’t know at the time, was that it was probably going to be one of the better, more interesting parts of the entire movie! Sitting through the next couple of minutes, we are introduced to one of our protagonists, Joe Deacon (Denzel Washington), a burnt-out deputy sheriff with a keen eye for the tiniest details - “the little things”. As he is then sent to LA for a quick evidence-gathering assignment, he soon becomes entangled in the search for a serial killer terrorizing the city. And *surprise-surprise*, this new murder investigation happens to be eerily similar to a case he worked on years ago. So, he partners with Jim Baxter (Rami Malek), a young, hot-shot, police detective Sergeant to try and solve the case, once and for all. It’s a clichéd plot device that’s been bludgeoned to death at least a hundred times over. And it would’ve still been fine, as long as this movie had something new or compelling to grasp on to. Something that could carry the 128-minute-long dreary runtime. Sadly, it doesn’t. 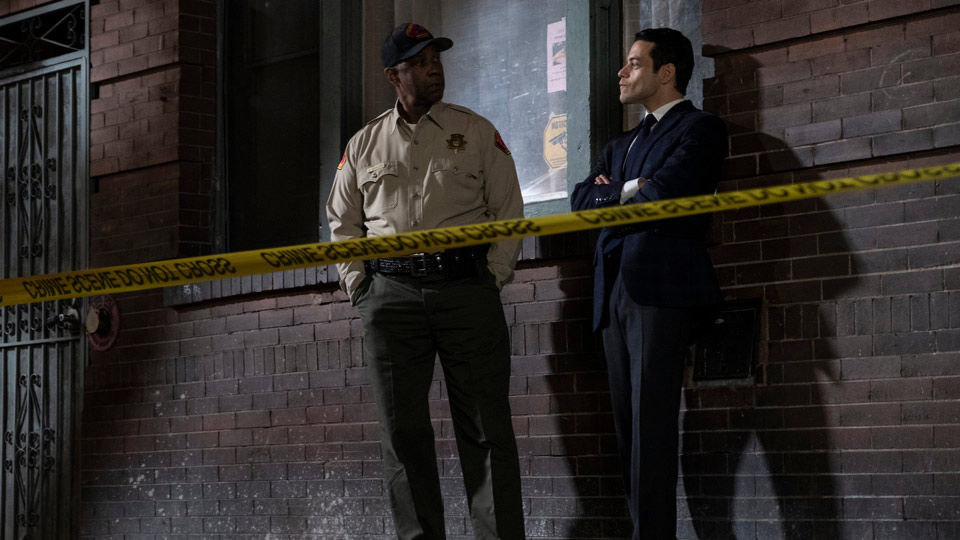 The bigger problems with the script become more apparent as the dynamic duo start working together. For starters, the kind of connection, or rather chemistry you would expect to see between a seasoned veteran and a newer, less-experienced detective, separated by an entire generational gap is totally lacking here. There is no conflict of ideas or interests, no character-defining dialogues, or a well-fleshed out motive here. Ever since their first interaction at the LASD parking lot, the two simply turn into a meagre bunch of yes-men, to whom the deductions magically appear whenever it seems convenient. Not to mention, the performances didn’t really help their cause either. Which is a shame, because the Academy Award-winning cast was the key selling point for this film. Despite fitting the striking resemblance of an old, beat-up cop, Denzel Washington, for the most part just feels uninterested and stiff, both in terms of expressions and dialogue delivery. There are a few instances where his character, “Deke”, occasionally stutters or fumbles a bit. But his mannerisms or tone does not change one bit. Not so much as a new wrinkle on his face. 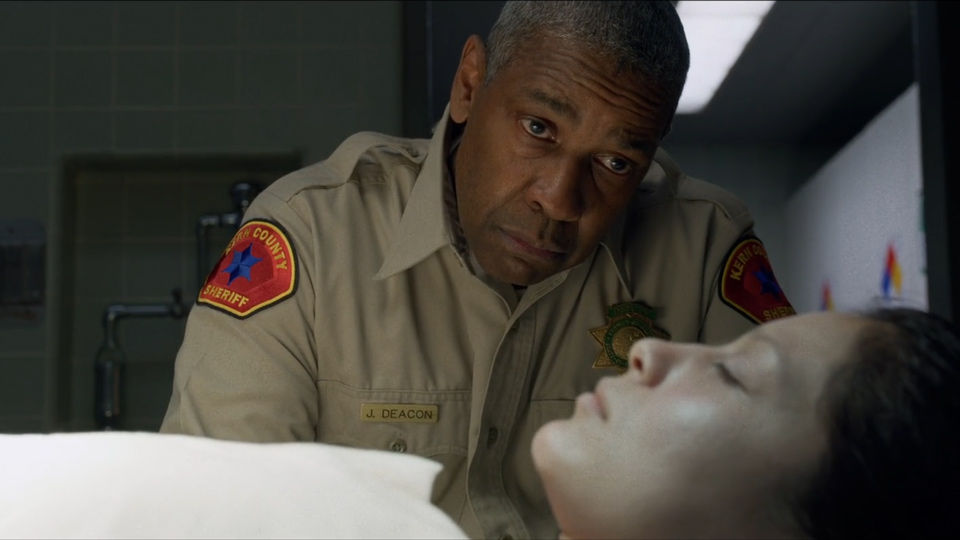 Rami Malek, on the other hand, who’s been trying to delve into more normal-ish characters in his recent ventures, feels completely out of place here. He plays the same bug-eyed outcast that you’ve been seeing in Mr. Robot. The only difference being that he has a family now. So, he lets out a creepy smile (grin), every now and then. Also for some reason, in this film, he barely opens his mouth while talking. So throughout most of his dialogues, it gives off an impression that he is lip-syncing to a pre-recorded audio. This factor constantly kept taking away from full immersion. 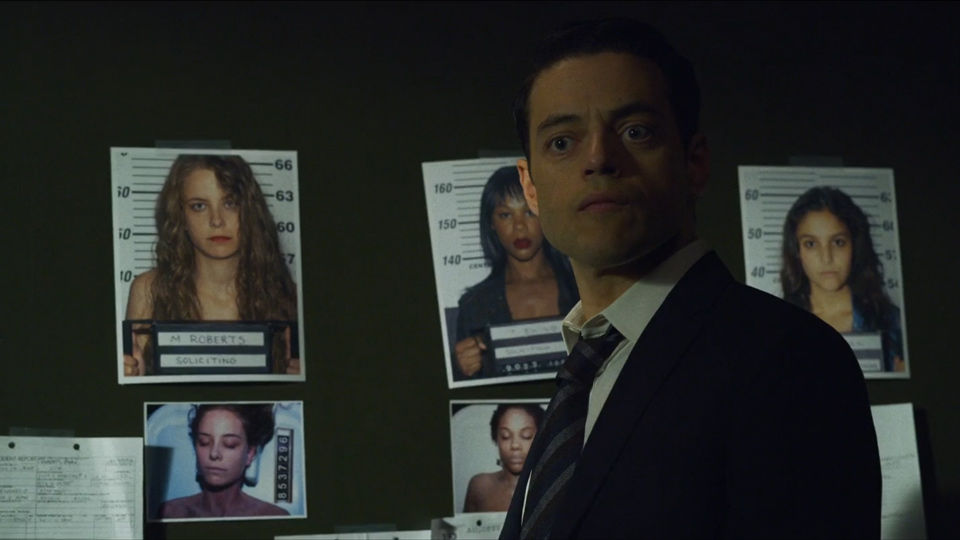 As the plot further develops, our lawmen eventually get hold of the prime suspect. Portrayed by Jared Leto, Albert Sparma (yeah, it’s a weird name) is a greasy, long-haired mechanic that gives the story a much-needed push in the right direction. He’s a conniving character that loves playing cat-and-mouse games with the police, using every opportunity to taunt them. And Leto is perfectly cast here, emanating the ideal energy of a creep, who barely blinks and speaks in a monotonous fashion. Although, it's nothing groundbreaking. His character is totally convincing, and throughout the entire story, you keep guessing whether he actually is the serial killer. Some of the best insight into his character comes from an uneventful interrogation scene, which is loaded with cheap, corny dialogues that instantly distracts you from the building tension. The unoriginal script doesn't give enough room for him, or the aforementioned cast members to marinate in, improvise or add anything special to their characters. Every event and/or act just feels “by the book”, and lacklustre. Surprisingly enough, some nicer performances actually came from the minor characters. Especially the ones played by Chris Bauer, Natalie Morales, and Terry Kinney. 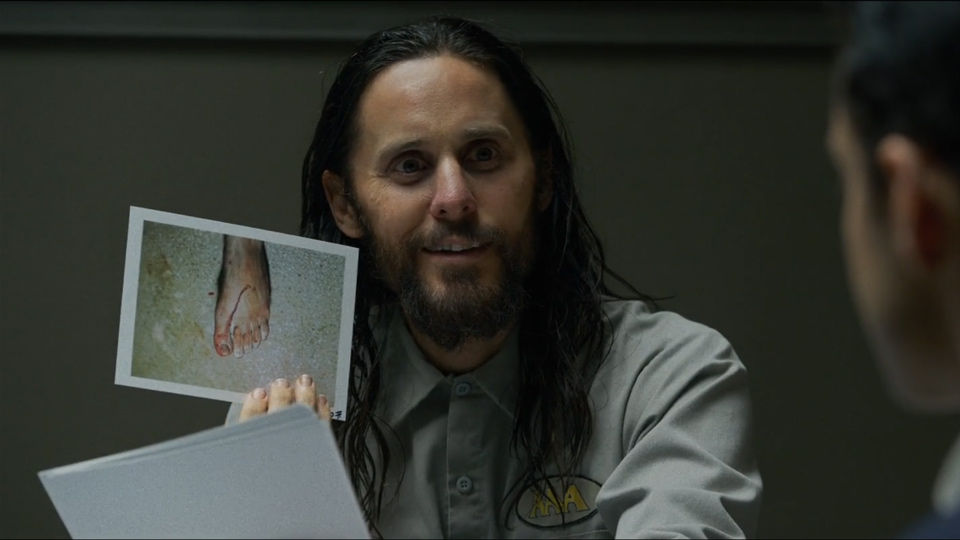 Los Angeles as a whole is supposed to serve as the fourth main character in this narrative. And it is quite evident from the stunning cinematography that captures the soul of the bustling city. The night sequences, especially, have a gloomy feel to them, which is further livened up by your average street lights and neon lights, casting just the right amount of shadows. The way the corpses are shot also play a pivotal role in setting the gritty, unforgiving nature of this film. The aerial shots look stellar as well. The editing, however, is inconsistent. Certain scenes have way too many cuts and are choppy, to the point where it actually starts getting annoying. It’s as if the editor was the one in charge of the budget, making sure that every single bit of recorded footage made it into the final draft. Near the start of the film, there’s this 30-second sequence where Deke simply leaves his house, pets a dog, and drives off in his car. This scene alone has a total of 14 abrupt cuts, switching between 11 camera angles for absolutely no reason at all! Yeah, we actually sat down and counted! Coming to the soundtrack, it definitely is haunting and pulls you right into the cerebral mood of this murder mystery. Not memorable enough, but enjoyable nonetheless. 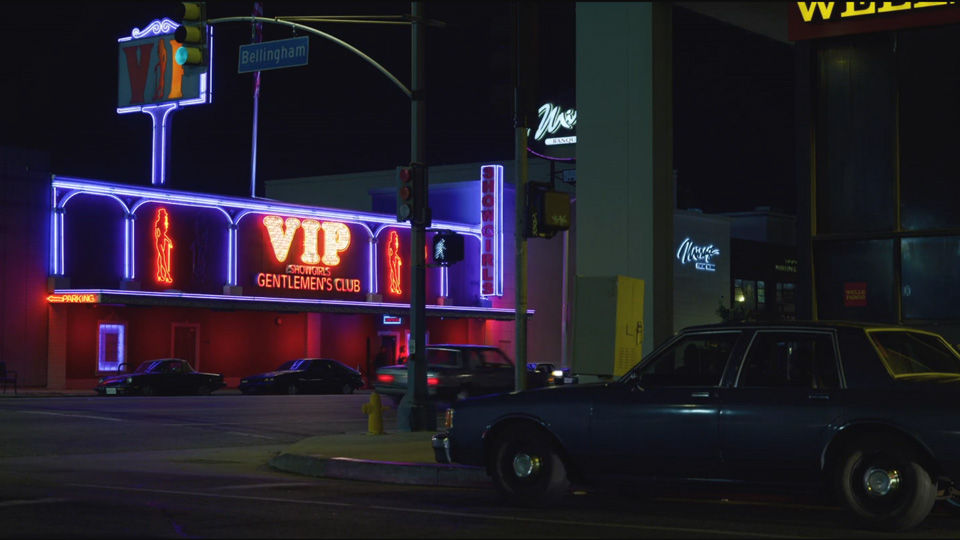 As the film draws to its conclusion, we are treated to this unique twist of an ending that touches upon the idea of police tampering with evidence. For which, we also get some much-needed context into Deke’s disturbing backstory. But by the time we get there, as an audience member, you are no longer invested. Any emotions or message that the movie is trying to convey gets completely overshadowed by all the generic clichés and the unoriginal script. The slow-burn factor feels unfulfilled, there’s a blatant lack of thrill and tension, and honestly, after a certain point in time, you’re just begging for it to be over. The Little Things has a story that was written in the early 90s, and it rightfully belongs in that time period. Maybe if Spielberg had followed through with this film back in the day, it might’ve actually turned out to be widely successful. Don’t get us wrong! It still wouldn’t be anywhere remotely close to the masterpiece that is Se7en, but you get the point!

The Little Things is playing in theatres now and on the HBO Max streaming service.

YouTube Music Season Recap 2022: How to View the Spring Recap
Marvel’s Thunderbolts Reportedly Land Jake Schreier As The Film's Director
The Sandman Trailer Out, Streaming From August 5 On Netflix
South Africa Tour Of India – Where To Watch The Live Telecast
Netflix Password Sharing Crackdown: Know The Charges And How People Reacted
Advertisements