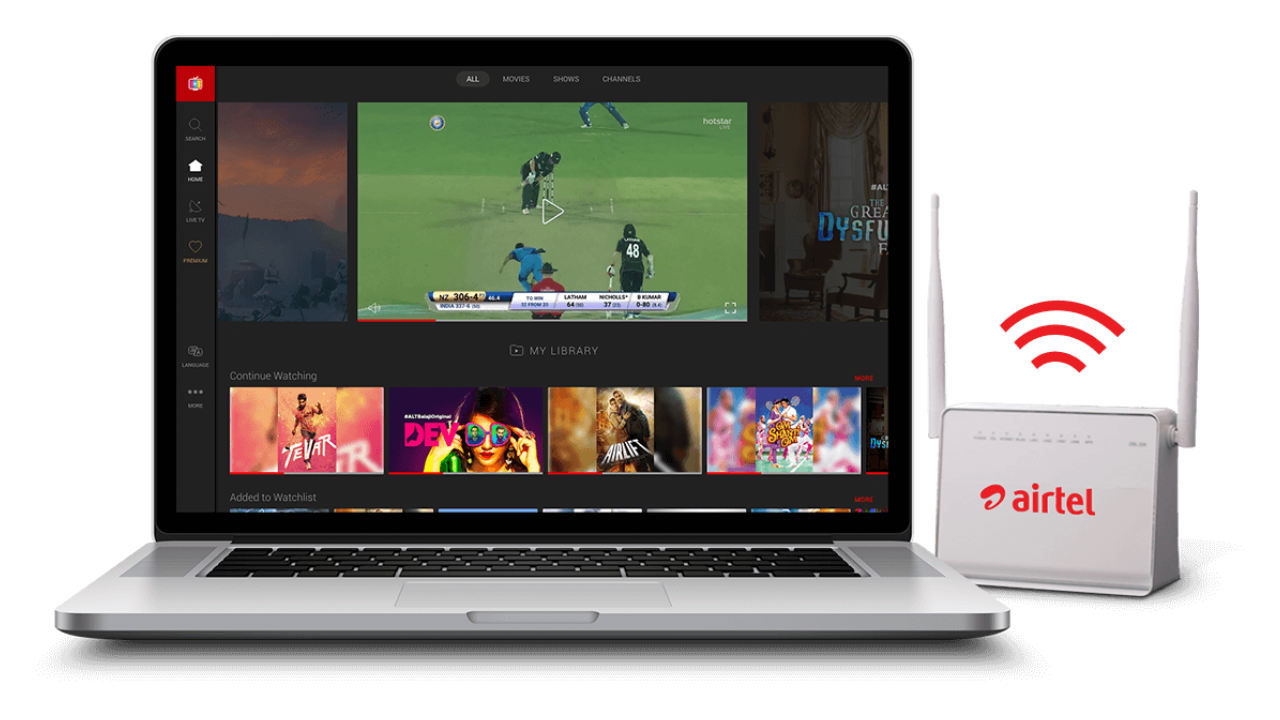 Airtel seems to be doubling down on its ‘Xstream’ platform. After updating its Airtel TV app to Xstream, the company launched new streaming devices under the Xstream brand called the Xstream Stick and the Xstream Box. Now though, the company has unveiled the Airtel Xstream Fiber, its new broadband offering.

Airtel Xstream Fiber offers subscribers broadband speeds of 1Gbps at Rs 3,999 per month. But that’s not all. Subscriber’s also get unlimited landline calls to any network in India. On top of this, subscribers are eligible for any benefits they may get from the #AirtelThanks program. This includes a three month subscription to Netflix, a year of Amazon Prime and access to premium content from ZEE5 and Airtel Xstream.

Airtel Xstream Fiber will be available to homes, SOHO as well as small commercial establishments in Delhi, Mumbai, Bangalore, Hyderabad, Chennai, Chandigarh, Kolkata, and Pune. Airtel says that it will roll out the service to even more markets over the coming months.

Airtel notes that Xstream Fiber is a part of its vision to build a world-class digital entertainment ecosystem, and make it accessible to customers through different devices and applications. The Airtel Xstream app is already available on smartphone and its content is freely available to select subscribers. Airtel claims that the app offers hundreds of satellite TV channels, as well as tens of thousands of movies and TV shows in English, Hindi as well as other Indian languages. Further, it offers users access to songs and popular OTT apps.

As mentioned before, Airtel has already launch multiple hardware as well as services under the Xstream banner. The Airtel Xstream Stick is aimed at making it easier for users to enjoy OTT services on a bigger screen. The Xtream Box is a 4K hybrid Box that combine satellite TV and OTT services into a single device. Both these devices run on Android and have the ability to turn any TV into a smart TV.

Through its Xstream platform, Airtel aims to offer its subscribers access to a whole new way of enjoying content, while still giving them the option to choose how they wish to enjoy the content.