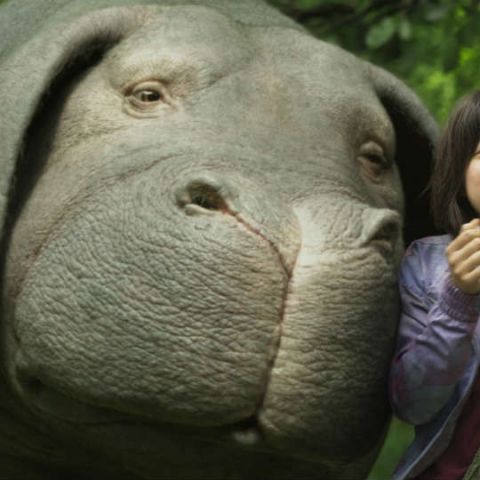 Okja is a Netflix original written and directed by Joon-Ho Bong (Snowpiercer). It is a refreshing take on the evils of biotechnology on one hand, and a moving tale of friendship on the other. Here's what we thought of the film.

I have to admit that when I first saw the trailer for Okja, a Netflix original film directed by South Korean director Joon-Ho Bong, I thought it to be a quaint mix of science fiction, action & adventure. I was wrong. Okja is quaint for sure, but it’s so much more than an action-adventure with elements of science fiction thrown into the mix.

Okja is a tale of friendship, a story of loyalty, and at the same time, a sordid expose of corporate greed and the dark side of biotechnology. It is no surprise that biotechnology has some very well kept secrets,  those that could destroy the very balance of nature. We live in a brave new world where scientists are working at artificially synthesizing organisms and giving them molecular kill switches. A world where entire nations survive on genetically modified and engineered foods; one of the biggest crises of the 21st century. While modern biotechnology is making progress by leaps and bounds, a very heavy cost is being paid by our environment, and the beings that exist in it. What has all this got to do with Okja? Actually, a lot.

Okja is a story about a teenage girl named Mija, beautifully portrayed by Seo-Hyun Ahn, and her pet pig Okja. Okja is a super-sized pig, born as a result of an experimental gene modification programme run by Mirando corp. The organisation bears an eerie resemblance to agrochemical giant Monsanto (also responsible for a majority of the world’s supply of genetically modified foods). Tilda Swinton plays the odious CEO of Mirando corp, Jake Gyllenhaal plays the role of an eccentric animal expert for hire, Shirley Henderson (Myrtle from Harry Potter) plays Swinton’s slave secretary and Paul Dano (Little Miss Sunshine) plays the leader of a secret rebellion organisation fighting animal atrocities. 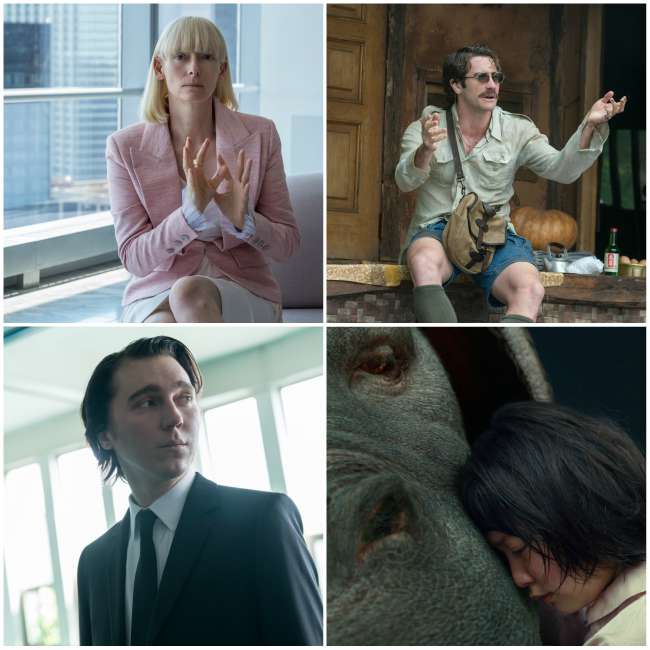 The relationship between Mija and Okja is captured with utmost detail, a bond that can only be understood by someone who has grown up with pets, or has closely observed the sibling-like connection between children and their pets. The story unfolds when Mija is separated from Okja, who is sent to New York for a pseudo super pig contest, which is ultimately a front for Mirando’s devious genetic modification programme and a death knell for the giant animal. This is followed by Mija’s various attempts to rescue Okja and her forced partnership with the Animal Liberation Front as the one and only resort to get her pet pig back home safely to the mountains of South Korea.

There are multiple moments of brilliance in the film which can melt a hardened soul. John Denver’s Annie’s Song reverberates through a scene where Mija and Okja are trying to escape Mirando’s forces, crashing through glass, walls, stalls and people. You know that moment in a movie where your heart soars and drowns at the same time, and you pat yourself on the back for taking the time to watch a good piece of cinema? That’s exactly how I felt, and there are plenty such moments in Okja.

Parts of the film shed light on the grisly reality of slaughter houses and the cold-hearted attitudes of corporate mongers, evoking a familiar feeling of guilt and hate at the same time. It’s difficult to walk the line when it comes to loving animals and killing them for food, and like the famous KFC documentary, Okja conjures up some conflicting emotions. For animal lovers, like this writer, it’s tough to watch those parts of the film, even though they add to the emotional appeal of the storyline.

Is Mija able to save Okja and pull the shutters down on Mirando corp at the end? That is something you will have to watch and find out. All we would like to conclude with, is the fact that Okja is probably one of Netflix’s best this year and is a must watch for those who subscribe to the platform.

20 shows for 20 days: Check out these 20 shows that can be streamed on Netflix, Prime Video and Hotstar