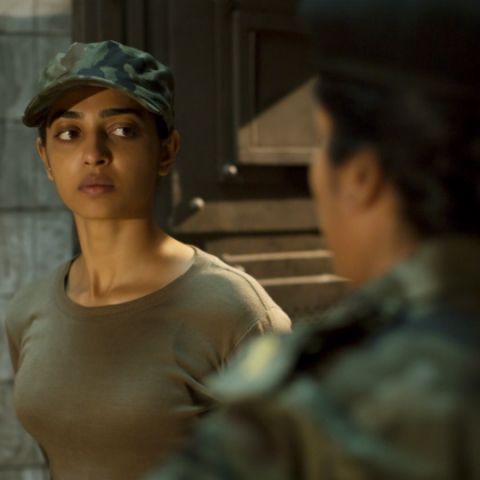 “Power is in tearing human minds to pieces and putting them together again in new shapes of your own choosing,” George Orwell, 1984.

Netflix’s Ghoul reminds me of a mix of ideas from George Orwell’s 1984 and the fundamentals of military activism formulated by David Ben Gurion during the Palestinian Intifadas. Somewhere in the middle, writer and director of the three-part series, Patrick Graham, has also plugged in Arabic folklore, making the series extremely gripping and downright creepy.

In Ghoul, India finds itself being governed by military activism, a concept that argues that the military might of a country can solve political issues with the use of force. The concept promotes a military mindset and fanatical patriotism, both of which are present in abundance in the show. The series features Radhika Apte as the lead. Apte plays a military interrogator named Nida Rahim who has a lot to prove to her ranking officers. She is shown working at a highly-secure military facility used for interrogating the most dangerous of terrorists. There is no reference to a place, a time, or a situation, but religion is no longer as powerful a force in the India presented in Ghoul. Instead, military might and anti-intellectualism manifest in the country imagined in the show. Apte’s character also faces judgement from her military peers for keeping faith with Islam at a time when coercion and force reign supreme. 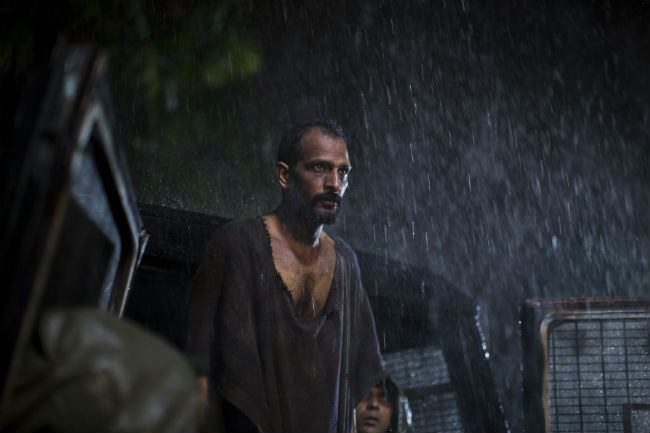 The story starts taking shape when a terrorist named Ali Saeed, played by Mahesh Balraj, is brought to the interrogation facility and Rahim is ordered to interrogate him because of her honorable track record, which was only set thanks to the fact that she turned in her own father as an anti-establishment activist in the past. The element of horror creeps in when Saeed starts showing signs of demonic possession, revealing uncomfortable secrets of his interrogators and playing with their minds, leading to chaos and spine-chilling situations. 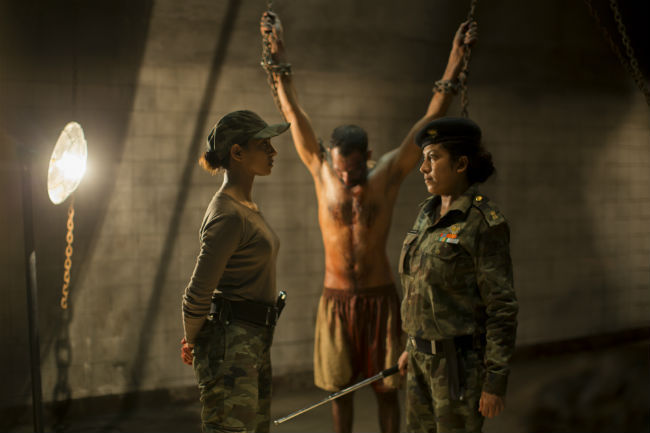 As a child of the 90’s in India, where fear was a genre dictated by the likes of the Ramsay brothers, I have never seen such clever interplay of concepts in an Indian horror/thriller series. The flavour of Ghoul is much in tune with some of Netflix’s older eerie releases like Stranger Things, that is to say the show makes one feel as intrigued as some of its Hollywood counterparts. It is not one to give sudden thrills and rely on jarring sound effects to deliver the frights, but instead, it engulfs you in the story of the characters and keeps you guessing as to what’s going to happen to them next.

To sum it up, Ghoul is a must watch for fans of quality Indian content and I am glad Netflix is making shows like this and Sacred Games to boost local offerings on its platform. These sort of shows demand the kind of critical thinking that audiences in India desperately need to sift invigorating content from the clutter of soap operas.

Ghoul is now streaming in Netflix.

Netflix reportedly testing Spatial Audio support for AirPods Pro and AirPods Max users
Netflix announces fourth and final season of Castlevania, will premier on May 13
Netflix announces live-action and anime adaptation of Keanu Reeves' BRZRKR graphic novel
Netflix is testing out a Rs 299 Mobile+ plan with access to HD content in India
Here's how you can watch the Justice League Snyder Cut in India on March 18
Advertisements