Movie and Game Trailers To Watch This Weekend: Call of Duty WWII, Star Wars The Last Jedi and more 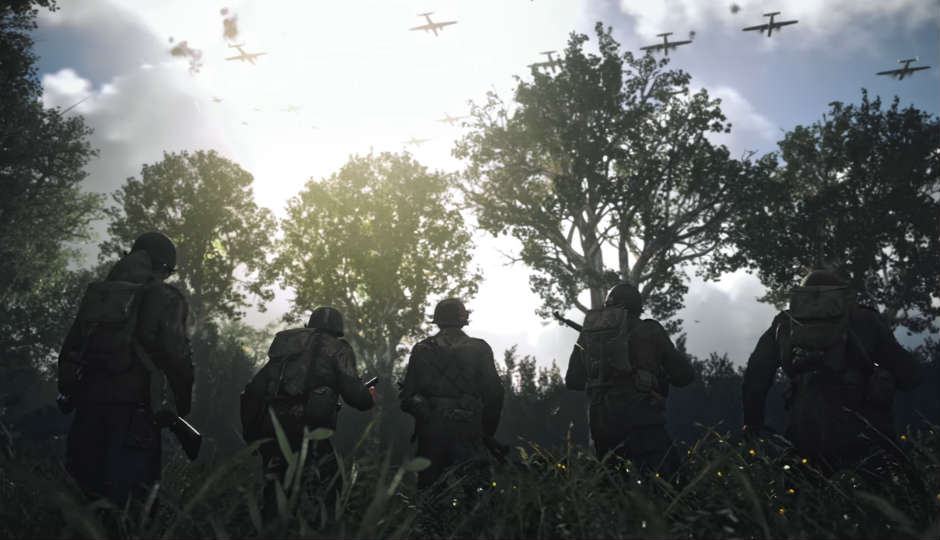 Kingsman is back and boy! does it have a packed star cast this time. Channing Tatum, Halle Berry, Julianne Moore, Jeff Bridges and yes, Colin Firth too. Didn’t he die in the first one?

Okay, watching this trailer is like watching the entire film in two and a half minutes. Who cuts these trailers? Anyhow, American Assassin is the story of a very troubled young man named Mitch Rapp (Dylan O'Brien of Maze Runner, Teen Wolf) and his quest to assassinate the terrorists who killed his girlfriend. Michael Keaton plays counter-terrorism expert Stan Hurley, who then trains Rapp to fight like...well...an assassin. We must say, Keaton can pull off some serious moves at 65. At least from the looks of the trailer.

What the cojones is happening? Why does Luke Skywalker want an end to the Jedi? After reading the script for the forthcoming sequel, The Last Jedi, Mark Hamill apparently told director Rian Johnson: “I fundamentally disagree with virtually everything you’ve decided about my character.” May we suggest that you watch this one on repeat?

Oh man! Charlize Theron can kick up a storm and look super sharp doing it! She plays a MI6 agent tasked with the responsibility of finding and killing those out to destroy agency operatives. We really hope this one is as action packed as it looks in this new trailer.

You’ve seen the teaser and here’s the trailer. Lightning McQueen is off his game and a new competitor threatens to erase his legacy forever. Can McQueen redeem himself and get back in the race?

The Wizard of Lies

He is Guilty! Guilty! Guilty! Robert De Niro plays Bernie Madoff, the famous American fraudster who orchestrated one of the biggest Ponzi Schemes in the history of the United States! This is his story...

A new week, a new Baywatch trailer. We think by the time the movie releases on June 2, we would have seen most of it in parts through the trailers. Nevertheless, here’s another one showing a bit more of Priyanka Chopra in her Hollywood avatar.

Anne Hathaway plays Gloria, a jobless party girl forced to leave her life in NY and move back home. But, wait! Is she a robot also? Or is she just controlling one with an iPad? All we know is that two giant robots are fighting and they are somehow connected to Hathaway. Take a look

Over two years in the making and we finally have a reveal trailer for Sledgehammer Games’ Call of Duty: WWII. You will get to play through the story of ordinary men turned soldiers in the 1st Infantry Division as they fight to preserve freedom in the face of tyranny.

Fans faced difficulties in watching FIFA World Cup 2022 opening ceremony, call out Jio Cinema for poor experience
House of the Dragon Season 2 release timeline revealed: Here's when and where you could stream it.
Netflix will launch a Basic Plan with Ads in November At 6.99$ in the US
Prey review: A knife to the heart of the rotting corpse that is the Predator franchise
Disney+ Hotstar and Dolby Laboratories bring Dolby Atmos immersive audio for its users on the Disney+ Hotstar app
Advertisements