Latest movie, TV and game trailers to watch this weekend: Pirates of the Caribbean, Guardians of the Galaxy Vol 2, Iron Fist and more 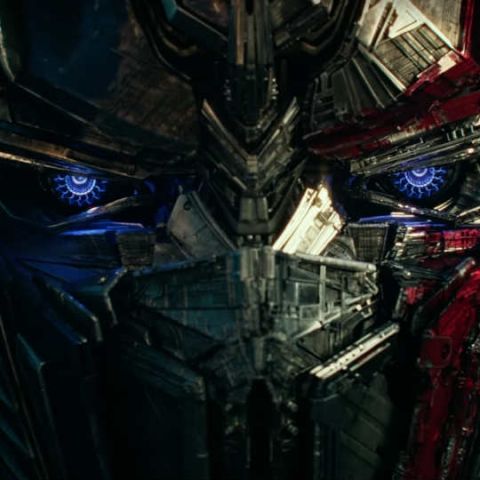 This week we have a host of awesome movie trailers from the Super Bowl weekend. Take a look at what 2017 has in store for you.

It’s the weekend and we are back with the hottest new trailers for you. This week we have a host of awesome movie trailers from the Super Bowl weekend. Netflix has also released the first trailer for its upcoming Marvel series, Iron Fist. Gamers can also feast their eyes upon the new Street Fighter 5 Kolin reveal and watch General Atriox and Captain Cutter fight over elbow space, in the new Halo Wars 2 trailer. Sit back, relax and watch.

Optimus Prime finds his home planet, Cybertron, now a dead planet. He finds a way to bring the planet back to life, but in order to do so, he needs to find an artifact, which is on Earth. Obviously. PS: This is the last Michael Bay Transformers movie.

Set to the backdrop of Awesome Mixtape #2, 'Guardians of the Galaxy Vol. 2' continues the team's adventures as they unravel the mystery of Peter Quill's true parentage.

The Fate of the Furious Super Bowl TV Spot

When a mysterious woman seduces Dom into the world of crime and a betrayal of those closest to him, the crew face trials that will test them as never before. PS: They have a submarine skidding on ice in this one!

In the near future, a weary Logan cares for an ailing Professor X in a hide out on the Mexican border. But Logan's attempts to hide from the world and his legacy are up-ended when a young mutant arrives, being pursued by dark forces.

Two unlikely prospective lifeguards vie for jobs alongside the buff bodies who patrol a beach in California. Catch a glimpse of Bollywood diva, Priyanka Chopra in this one.

After returning to the criminal underworld to repay a debt, John Wick discovers that a large bounty has been put on his life.

An international space crew discovers life on Mars, and all goes haywire.

An ambitious young executive is sent to retrieve his company's CEO from an idyllic but mysterious "wellness center" at a remote location in the Swiss Alps but soon suspects that the spa's miraculous treatments are not what they seem.

A woman lands a job at a powerful tech company called the Circle, where she becomes involved with a mysterious man. The company in question will eerily remind you of Apple. Let's see if you notice the subtle hints.

Six young ninjas Lloyd, Jay, Kai, Cole, Zane and Nya are tasked with defending their island home, called Ninjago. By night, they're gifted warriors, using their skills and awesome fleet of vehicles to fight villains and monsters. By day, they're ordinary teens struggling against their greatest enemy: high school.

Kolin, the Phantasm of Snow and Ice, joins Akuma in Street Fighter 5.

Fifteen years after being presumed dead in a plane crash, Danny Rand (Finn Jones) mysteriously returns to New York City determined to reclaim his birthright and family company. However, when a long-destined enemy rises in New York, this living weapon is forced to choose between his family’s legacy and his duties as the Iron Fist. Marvel's Iron Fist premieres March 17, 2017 exclusively on Netflix.

Netflix APK version 7.82.1 hints that the service could add a sleep timer