Inside Animation: A studio tour of Polygon Pictures in Japan 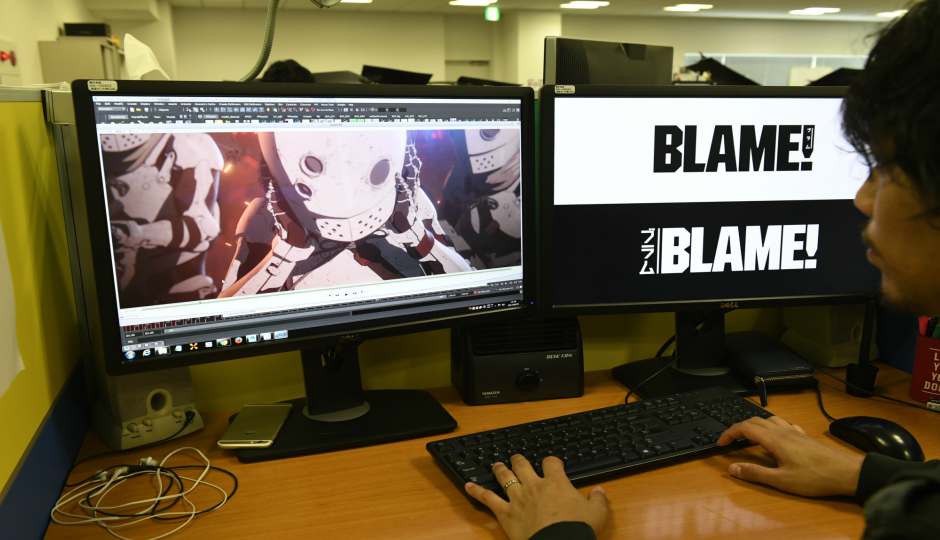 An inherent debate Anime fans have often found themselves indulging in is the superiority of traditional animation over 3D computer animation. The 2D cel animation style, or the traditional style of animation, usually involves each frame of the film intricately drawn, inked and painted by hand on physical paper cels, while 3D CG animation makes the computer a canvas for digital artists and the entire process of animation is done within a three-dimensional space. While there are many who prefer the attention to detail and the personal touch of hand-drawn animation, 3D computer generated animation has its own merits. It gives animators a chance to play with camera angles, create complex characters and elements, generate stunning visuals and more.

Today, most animation studios use the non-traditional CGI style of animation, including big names like Pixar, Disney, BlueSky and Dreamworks. Titles like Toy Story, Monsters Inc, and Shrek cemented the success of computer animation, but there still exists a large community of fans that remain nostalgic and loyal towards hand-drawn animation.

It is definitely more tedious to produce hand-drawn anime, but computer animation is not exactly easy. This, we learnt during our visit to Polygon Pictures in Tokyo, where over 300 creators come together to produce some of the finest works in animation. Polygon Pictures is known for numerous marquee animation projects, including the Emmy award winning full CG animated series ‘Transformers Prime’, the second Ghost In The Shell anime film, Tron Uprising TV series, multiple episodes of Star Wars: The Clone Wars, the ending cinematics of Dead or Alive 4, the opening animation of Street Fighter X Tekken and numerous other titles. Polygon is currently working on producing Godzilla: Monster Planet for Netflix and Lost In Oz for Amazon Prime. The studio, with its army of creators, is able to produce a mere 2-3 hours of content every month. Yes, this is owing to the sheer hard work and complexity of the job at hand. 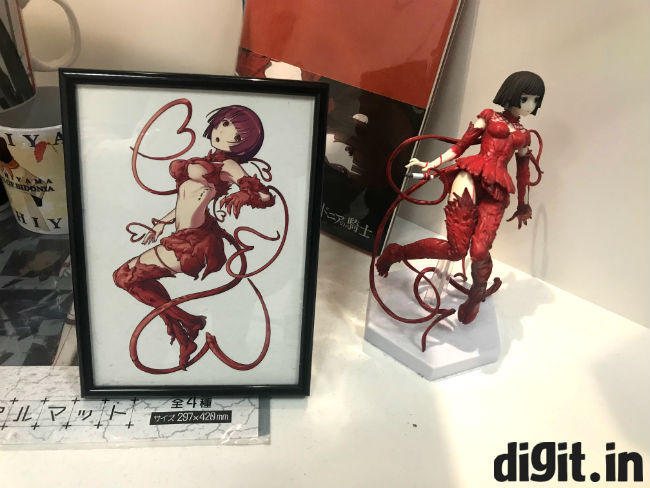 There are several steps to producing animation at Polygon, starting with the inception of the plot, screenplay, script, and storyboard, all under the supervision of the Anime Director. This is followed by the design of the characters and the set, wherein a 3D model of each character, as well as the set, is created using computer animation software Maya. 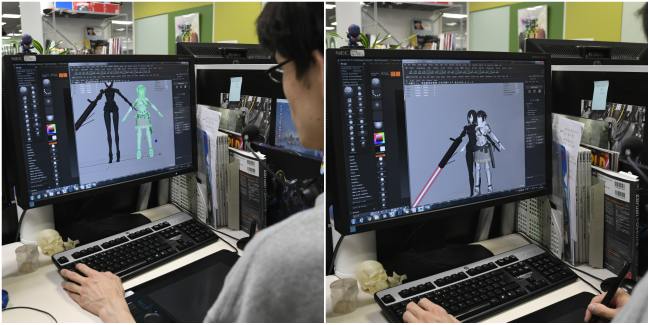 Sometimes, animators are able to reuse certain elements from previous projects, which are saved and available for recall through Shotgun, a production management system used by VFX and Animation studios. The software helps studios track, schedule, and iterate on their own work. For instance, elements such as cars can be reused across different animation projects, and Shotgun makes it easier for artists to recall these elements. But, Polygon tells us that such practices cannot be followed in science fiction animes, since all elements in a sci-fi have to be unique to a particular title. 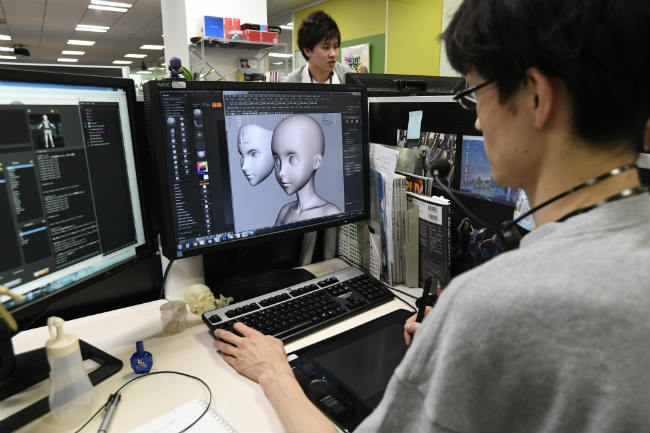 Artists at Polygon tell us that creating these characters is not different from sculpting clay, except, they have the advantage of using software to do so. After characters are created, they are handed over to the animator. It is the animator’s job to give each character its unique movements. Maintaining the shape of various body parts of a character, as modelled originally, is an extremely complex and difficult process for animators. They try and create as many natural movements for a character, be it a human or an animal. For animating human characters, the animator uses a software controller based on actual movements of human body parts. 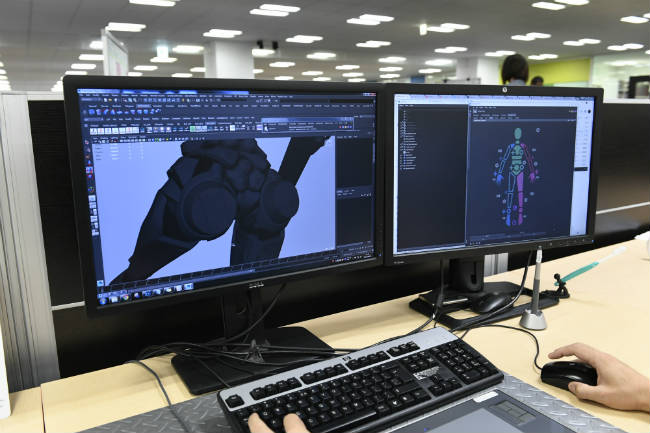 The way a character is animated is an important step in the entire process, as only after a character’s range of movements is determined, can the director create actual scenes and sequences of the animation. Depending on the character, it takes anywhere between 3-4 weeks for character design and modelling. Another 4-5 weeks are spent in animating the characters and giving them natural movements. 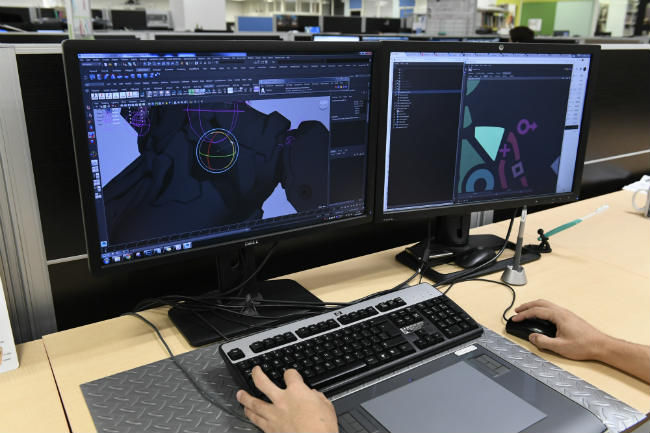 Hereon, the Animation Director takes charge and is responsible for staging the scene, creating various camera angles, making characters act and interact with each other, and deciding frames for rendering the animation. For instance, a fast action sequence might be animated on 5's, while a slow, emotional scene might be animated on 2 or 3 frames. The frame rate remains dynamic throughout a CG anime production. At Polygon (and most other computer animation studios), animators use keyframing to specify the key points of animation manually. This required hours of manual labour, after which the computer automatically fills in the missing frames between the key animation points. 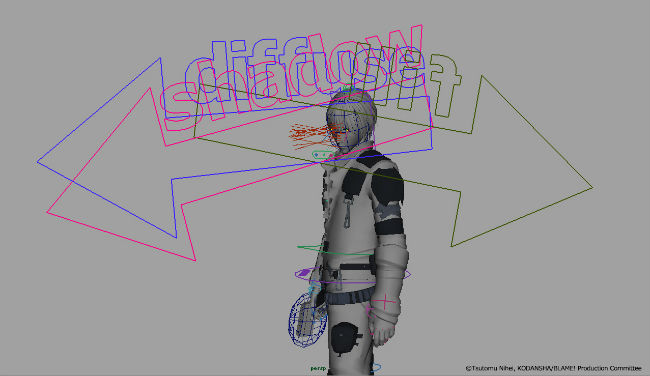 The final stage of the entire animation process is lighting. Lighting artists work on a software called Maya Lighting to create various hues, shades, colours and effects of the anime. Lighting in a scene is adjusted on a 3D level and colour is applied from various palettes available to the artist. Lighting artists are not able to finish more than three cuts a day given the complicated nature of the job.

For creating visual effects, the lighting/technical director uses a software called Houdini FX, which uses a procedural generation method of creating data algorithmically, as opposed to manually. It results in smaller file sizes for large amounts of data. Houdini has also been used to create effects in many older animations such as Frozen, Rio, Ant bully and more. After the lighting and visual effects are finalised, sound design and dialogues are the last steps towards completing an animation project.

The process and costs of production become even more strenuous if titles have to be delivered in HDR formats. Polygon is producing the upcoming Godzilla: Monster Planet anime for Netflix in HDR, which gives the studio different levels of dark and light to work with. This makes the process longer, but produces starkly different picture quality. Obviously, a non-HDR version will also be created for Godzilla: Monster Planet as the series will see a theatrical release in Japan, which has no HDR-ready screens as an exhibition or cinema level. 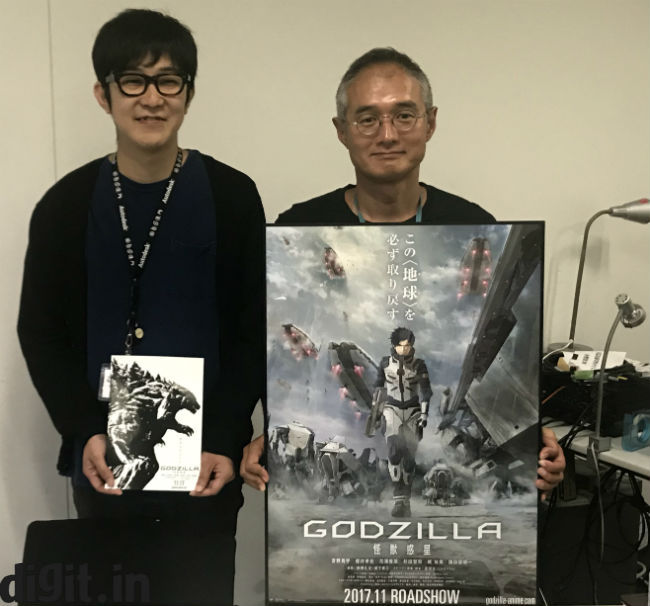 So as you can tell, computer animation is no cake walk. And at Polygon, it is not just a technique, but art itself. An art that can truly immerse one into the imagination of the animator.

94th Academy Awards: How to watch the Oscars 2022 winning movies and reactions to Will Smith's slap and speech
Turning Red review: Pixar’s first real dud is an ugly mess of disparate ideas
New studio called SEE claims that it will start shooting movies and TV shows in space by 2024
5 reasons why Spider-Man: No Way Home is not your regular MCU film
Netflix with Ads could arrive by the end of 2022
Advertisements