Facebook is planning a grand entrance into TV this June: Here’s what we know so far 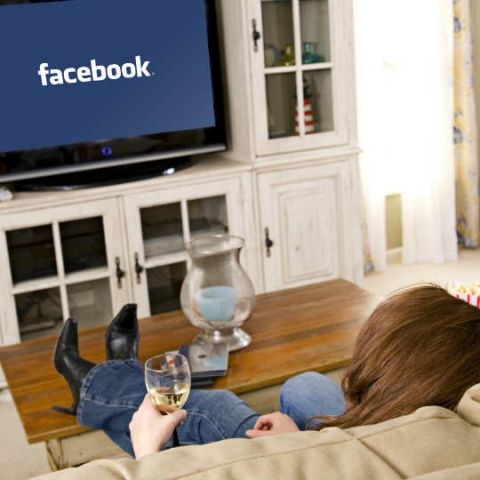 Facebook has already roped in a quarter of the world’s population onto its highly addictive social network. That’s nearly 2 billion people who interact, engage, comment, share, watch videos, play games, chat, discover content, and read news on the Facebook platform. With such a strong set of dedicated consumers of its services, Facebook is naturally upping its game in the streaming space to take on the likes of YouTube and Netflix.

We’ve been getting bits and pieces of information about Facebook’s big videos push for a while now. However, a new report from Business Insider gives a much clearer picture of what the social networking giant has in store for us.

For starters, we now know that Facebook is looking to make its big streaming splash somewhere around mid-June. Facebook will debut its television offerings with 12 new shows, split into two tiers. The first tier is that of longer, premium shows with an approximate duration of 30 minutes per episode, while the second tier of shows will offer shorter, 5-10 minute episodes. As per BI, College Humor Co-Founder, Ricky Van Veen is leading efforts to source these shows and his team has been meeting with content creators and production companies who wish to pitch their projects to Facebook. Because, who wouldn't want nearly 2 billion people watching their stuff?

The report mentions that Facebook is thinking Netflix’s House of Cards-esque programming for its premium feature shows. The company is believed to have signed on Conde Nast Entertainment to create a Virtual Reality dating show, where people go on first dates in VR. “A-List celebs” will star in some of Facebook’s upcoming shows, with one agency confirming a big Hollywood name attached to one of the projects.

Sports is another avenue Facebook seems to be targeting its streaming efforts at. For now, a tie-up with Major League Baseball (MLB) is on the cards. Another area of focus for Facebook is teenager-friendly content. We are seeing streaming giants like Netflix also position themselves in the teen-TV market with shows like Riverdale and 13 Reasons Why; those that appeal to younger audiences. Given that Facebook’s strategy of luring more young people by copying Snapchat features is already bearing fruit, one can understand the reason behind this content thinking.

Where to watch these shows?

Imagine scrolling through your newsfeed and having shows randomly autoplay with sound. We hope Facebook is not going to do that just to amass views. What we hear is that the Facebook app will get a revamped videos tab to store all this new content. It is very easy to go wrong with a streaming interface (note to Apple TV), we sure hope Facebook has plans to present its video content in a user-friendly manner.

Meanwhile, Facebook’s new TV app is also expected to feature all these new shows. To recall, Facebook launched its TV app exclusively on Samsung Smart TVs in February. The Facebook videos app for Samsung Smart TVs requires a single sign-in, post which it displays videos from a user’s friends, pages they follow and videos recommended by Facebook.

Currently, Facebook is expected to unveil its television bonanza in June, in time for the Cannes Lions advertising festival. However, BI notes that the date was initially set in April, during the F8 developer conference. Since we didn’t see any Facebook backed shows in April, the June launch date could also be pushed further.

Facebook has been rethinking ads for sometime now. The company has been rigorously testing mid-roll ads, those that appear in the middle of a video. These mid-roll ads are expected to bring in a majority share of advertising dollars for the new video streaming effort as well. Although, if one goes by what Facebook’s Chief Financial Officer David Wehner said a few days ago, the company might not be expecting a big jump in ad revenues this year.

Facebook needs to get in line as competition is hot. Streaming has been YouTube’s baby since the past decade and the Alphabet-owned service just announced free-to-watch ad-supported programming, featuring the likes of Kevin Hart, Katy Perry and Ellen DeGeneres. Apple also has plans to go big on pop culture and introduce original programming on its Apple Music platform. There are, of course, the existing streaming biggies who follow a subscription model instead of an ad-based one. Then again, those services are far from matching Facebook’s user numbers.

We are excited to see what Facebook has in store for us binge-watchers. Are you? Let us know your thoughts in the comments section below.

Netflix is testing out a Rs 299 Mobile+ plan with access to HD content in India
Netflix dives headfirst into the anime craze with 40 new shows coming in 2021
Netflix has hit 200 million subscribers: Here are 5 ways the streaming giant changed the game in India
Amazon Prime Video Watch Party launched in India: Here’s how to use it
Lionsgate Play streaming service officially launches in India for Rs 99 per month
Advertisements