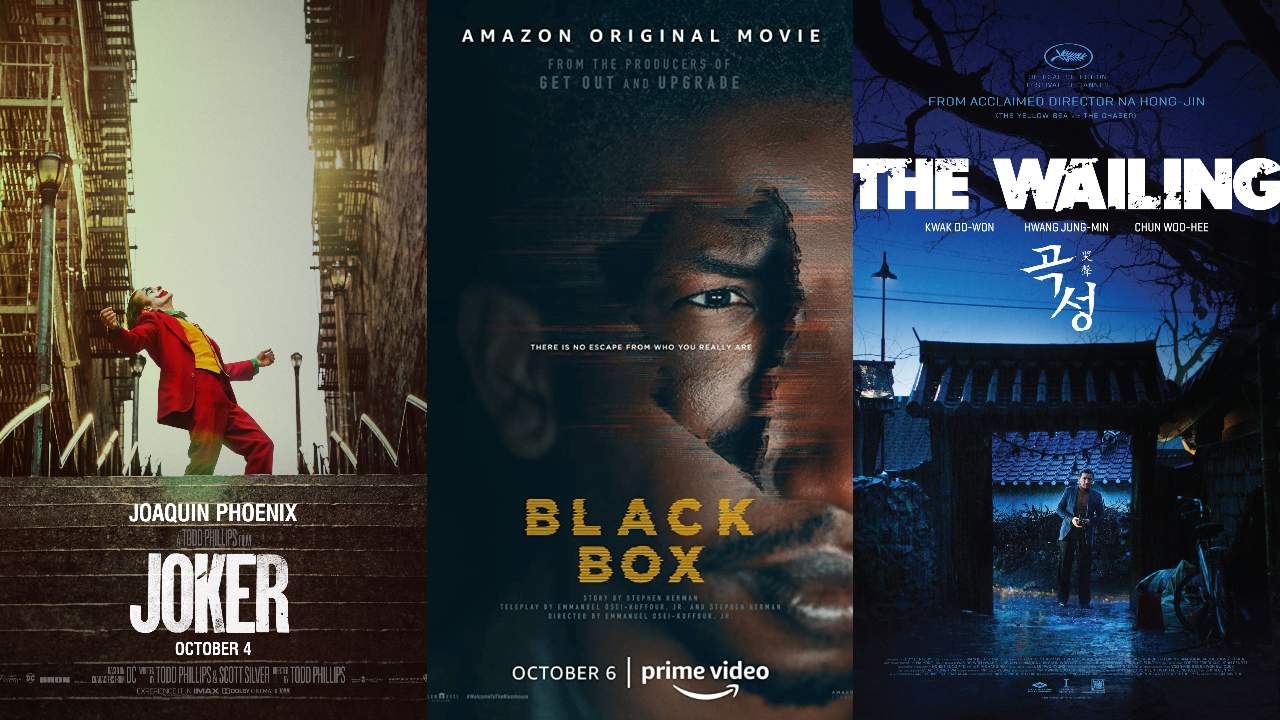 One more week, and we're almost down for the count down! We’re sprinting towards the winter and what better month to indulge in a bit of a binge that October? It’s Halloween season, and you know what that means. Its time to kick back and check out some of the best films and shows on our list. You know you won’t be disappointed by these choices, right? Here we go.

One of the few films that is essentially a superhero flick without a comic book origin, Darkman stars Liam Neeson as a man whose face is melted off and has to rely on high-tech disguises to get by. It’s also directed by Sam Raimi of Evil Dead and Spiderman fame.

A bit of a guilt pleasure, Sparring tells the story of a boxer with a losing record who is bought in as a sparring partner for a world champion fighter. It’s a story about losers and guys who do not even get close to the spotlight. Sparring is a hard-hitting film about a man who only knows how to take a hit and keep on going.

The Haunting of Bly Manor

If you liked the Haunting of Hill House, then this show is right up your alley. Featuring a creepy mansion, the show tells the tale of a young governess hired by a man to look after his niece and nephew at the family country house after they fall into his care. Arriving at the Bly estate, she begins to see apparitions that proceed to haunt the premises. Spooky, right?

A true sci-fi horror film, Black Box deals with a man who has lost all his memories and must go through an experimental procedure to try and get them back. But, what he doesn't know is that something sinister is waiting for him in his memories and is desperately trying to get out. Black Box is thrilling, scary and features a great story.

If you haven’t watched the Joker, you’ve missed out on one of the best DC movies, ever. The film strips away all the sheen and shine if a superhero film and replaces it with a dark and gritty Gotham that is literally on the verge of collapse. Joachim Phoenix shines as the titular Joker as his insanity threatens to tear his whole life down. An amazing film that should not be missed.

A Korean masterpiece in the horror genre, The Wailing is what we would call a genre-defying film. At times, it’s a dark comedy, at times it’s a terrifying horror film and it balances that incredibly well with a cast that is incredibly talented. Say what you want about Asian horror but these guys sure as hell know how to get under your skin.

One of the newer TV shows by Alex Garland (Annihilation, Dredd), Devs tells the story of a young woman working at a major tech company who are upto no good. Her boyfriend is murdered by said company and thus starts her journey into corporate espionage and determinism. It may take more than one watch to get the whole show but it is worth it.

If you liked the HBO show, then you’ll love this film as well. Deadwood countries the tale left off in the TV show and drops us right in the dirty and mucky streets of Deadwood, USA. It’s a foul show with language that sailors would blush at and a pervasive tone of harshness around it but it’s as authentic as it gets and if you’re a fan of westerns, you’re going to love Deadwood.

Following pranks, Netflix will now edit phone numbers out of Squid Game
Netflix looks to gain a stronger foothold in the Indian market with these shows
Amazon Announces Prime Video Channels – a First Step Towards Creating a Video Entertainment Marketplace in India
Netflix finally rolls out its Spatial Audio feature for the iPad and iPhone
Disney+Hotstar Mobile vs Super vs Premium plans: What's the difference
Advertisements