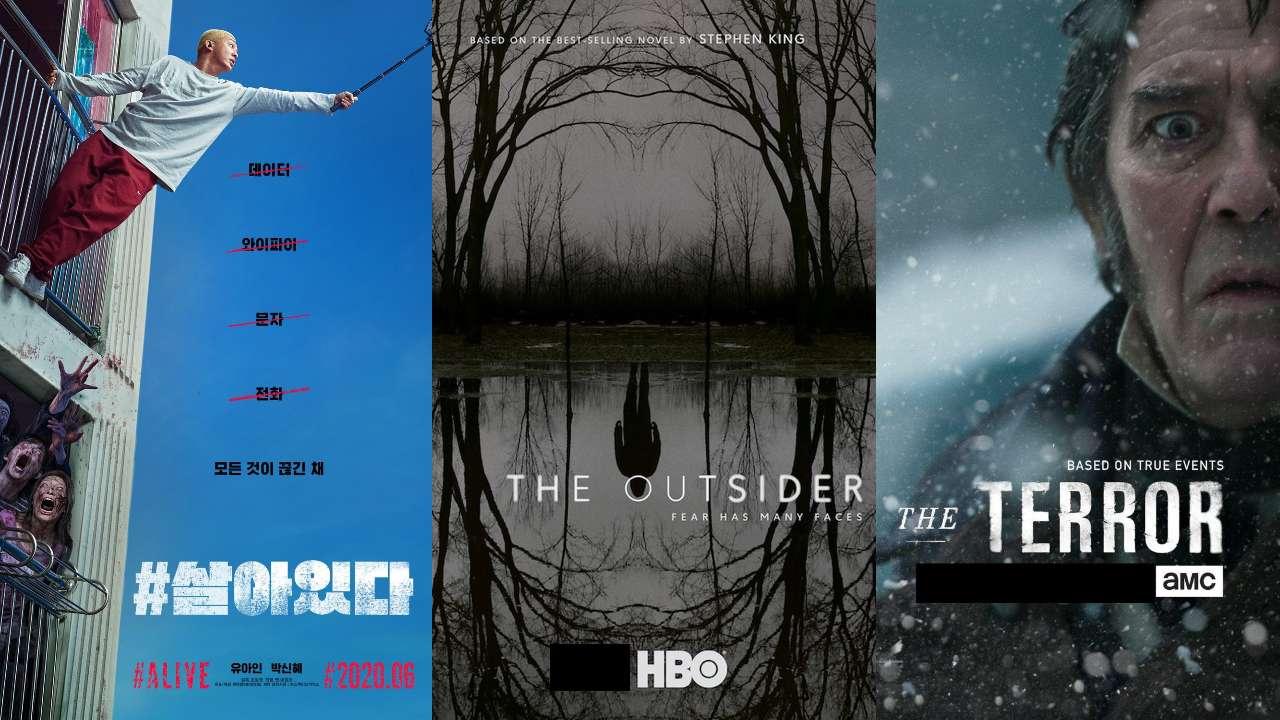 Another week, another weekend. As the second week of September draws to a close, we’re all wondering what we’re going to do during the weekend. Can’t go out to eat, can’t go to the mall? Not to worry, we’ve curated a list of some of the coolest shows and movies that you can enjoy throughout the weekend. We’ve got some sci-fi thrown in there, a generous helping of action, some horror, a bit of superhero stuff as well. So, what are you waiting for, check out our binge guide and get ready for a weekend of awesome content.

In this day and age of the pandemic, a film like Alive is very much a take on the times. It’s a Korean zombie film that follows the story of a young man trapped in an apartment building while the world turns into an undead mess. It’s a slick feature with a great storyline and even better acting. If you enjoyed Train to Busan, you’ll love Alive on Netflix.

One of the better sci-fi horror films in the last few years, Life has a stellar cast including Ryan Reynolds, Jake Gyllenhaal and Rebecca Ferguson. The story follows a team of astronauts as they encounter life on the surface of Mars. What starts out as a fascinating discovery soon ends in horror as the life-form they brought on to the spaceship is hungry and the only prey around are the astronauts. The film is thrilling and has a ton of cool effects to really ratchet up the tension.

Originally written by Garth Ennis, The Boys is not your regular, run-of-the-mill superhero show. It’s so much more than that as it looks at superheroes as corporate entities who aren’t the noble and humble heroes we’re used to. Instead, these superheroes are rude, violent, murderous and downright nasty and it’s up to The Boys to bring them down. Starring Karl Urban as the leader of The Boys, the show doesn’t pull any punches when it comes to the violence either. So best watch this with more mature audiences. The first season is currently streaming on Amazon Prime with 4 episodes of Season two ready to be binged!

One of the best shows in recent years The Terror is period piece with a twist. Based on the semi-historical book of the same name, The Terror follows the ill-fated voyage of the HMS Terror and HMS Erebus as they try and find the fabled Northwest passage in the late 1800s. Of course, disaster strikes in the form of nature and a very hungry predator that stalks the seamen. The show bleeds production value and the acting is absolutely amazing. Every detail has been painstakingly recreated to give you the feeling of true hopelessness as the men on both ships are beset by the worst nature has to offer and more. If there is one TV show that you should definitely check out as soon as you can, please let it be The Terror.

The Vast of Night

One of the most impressive low-budget films we’ve seen, The Vast of Night is an alien abduction film like no other. First off, the film is set in the 1950s and features a cast of relative unknowns. Most of the film is very dialogue-heavy but the atmosphere and characters really do sell the story. It is a unique film that if you’re a fan of creepy alien abduction films, you’ll really like.

Bet you didn’t know that there was a TV show based on one of Stephen Kings works out there? Well, now you do so head on over to Disney+Hptstar and check out The Outsider. Like all of Kings work, the story is a grisly tale of a shapeshifting cannibal who takes on the form of innocent people and frames them for inhuman crimes. It’s a slow burn show that takes its time to get going but Ben Mendelson really knocks it out of the park with his portrayal of a sceptical police officer dealing with his own demons.

From the guys who worked on the excellent Banshee, comes Warrior. Based on the writings and teachings of Bruce Lee, Warrior follows the path of a young Chinese man who has travelled to San Francisco in the 1920s to look for his missing sister. Cue the excellent fights, deep story and very compelling characters. And, for someone who is particularly Asian, this show offers up a feast of diversity without being overbearing. The first season is streaming on Disney+Hotstar so do yourself a favour and check it out. The second season comes out on October 2.

With 4 episodes ready to be watched, Lovecraft Country is a show that any horror/sci-fi fan should definitely check out. An HBO production, Lovecraft Country is based on the book of the same name and sees sci-fi author Atticus Freeman unravelling the mystery of his heritage all while fending off Lovecraftian beasts and the threat of racism in the 60s. The first episode had us on the edge of our seats, and as you would expect, has the polish and quality of HBO’s productions. The show is currently streaming on Disney+Hotstar with a new episode premiering every Sunday.

Netflix Ad-Supported Subscription Plan Will Be Powered By Microsoft
Disney Plus Hotstar Plans For Mobile And TV: Monthly And Yearly Recharge, Free Offers
Netflix Introduces ‘Spatial Audio’ – Aims To Bring Immersive Audio To Its Subscribers
Your Netflix Account Will Be Banned If You Break These Rules
Amazon Prime Plans 2022: Subscription Price and Benefits
Advertisements