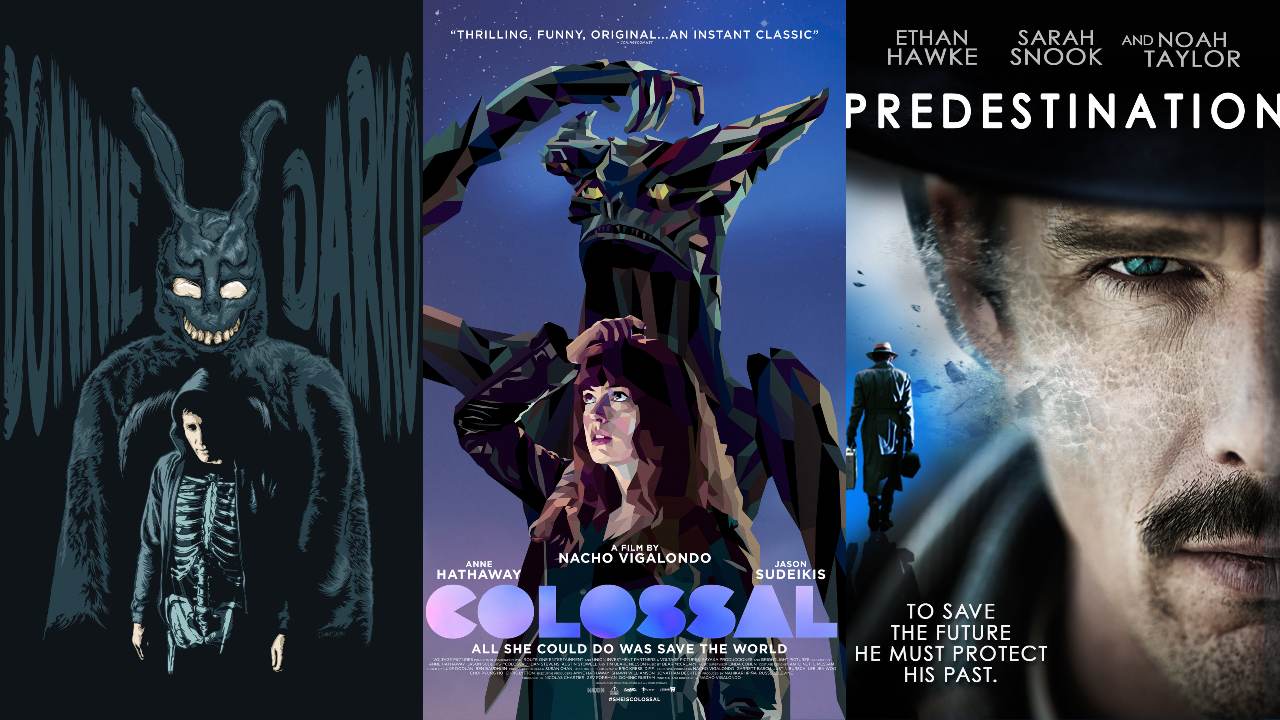 We’ve got some horror sci-fi, action sci-fi and a whole host of other films that are some of the best sci-fi films on Amazon Prime. Some of the films featured on this list have been directed by true masters of film, and it shows in the visual style and presentation of these incredible films. So, join us as we take a detour into the wonderful and enigmatic world of science-fiction.

One of the defining movies of the 2000s, Donnie Dark is unlike anything you’ve ever seen. A story of time travel, altered states and predestination, the film is a twisted look at the life of a young man who is experiencing something akin to a time jump. It’s a trippy movie that should be watched with a clear mind to really grasp all its concepts.

Another film with a time-travel element, Predestination stars Ethan Hawke as a temporal agent who must investigate a ripple in the space-time continuum. The film throws out twists like its raining twizzlers and will leave you with a headache, in a good way. Check it out if you’re a fan of smart and interesting stories.

Come on, you know you want to check out The Matrix again. The film is considered to be one of the greatest sci-fi/ action films ever made, and it truly does stand the test of time. With incredible social effects and even more insane martial arts choreography, The Matrix is the quintessential cyberpunk film of the 2000s, even though it was released in 1999.

While not a straight out sci-fi film, Colossal is quirky enough to fit into that genre due to its unusual story. Colossal follows a woman who has hit rock bottom and returns to her home town only to find that she is able to control a giant monster that appears somewhere in Korea. It’s as insane as it sounds and the performances by Jason Sudekis and Anne AHathaway are excellent as well.

Neil Blomkamp’s second film was not as big a hit as District 9 was but it did showcase some cool and innovative ideas that really push this film to the next level. Insane exoskeletons that enhance the wearer’s strength, repairing pods that can literally bring people back to life, and a host of other cool stuff make this a must-watch sci-fi film.

Not as much of a sci-fi as a giant monster film, Godzilla does have some sci-fi elements like how the humans use a machine to communicate with the giant beasts. Plus who doesn’t love some good old-fashioned monster brawls? Well, this film has got it all and if you’re like us and don’t care about the humans and really want to see giant kaiju battle each other, Godzilla : King of Monsters is right up your alley.

A more realistic take on an alien invasion, Captive State follows a young man in a world that has been essentially taken over by these urchin like aliens who live underground. Depressing and gritty, Captive State functions more like a dark spy thriller and it really adds heft to the already brooding story.

Based on the comic book published by Valiant comics, Bloodshot isn’t the most awesome film around, but it is ambitious and has some cool cybernetically enhanced characters and has some decent action. The only issue we have is that the film is a PG-13 film so there is no violence etc but it is still an enjoyable sci-fi romp.

Directed by renowned filmmaker Christopher Nolan, Interstellar is a big, budget science-fiction epic that takes a more grounded and realistic approach to science-fiction. The story is set in the near future where humanity is on its last legs and must find another planet to colonise as the Earth is slowly approaching its end. A team of astronauts are sent out on a  daring mission to save humanity but encounter something unimaginable and wondrous. If you missed out on watching the masterpiece that is Interstellar, this is your best chance to do it.

A reboot of the legendary 60s Tv show, Star Trek takes a modern, action-packed approach to the more sombre and pensive style of the original. Starring Cris Pine as Captain James T. Kirk, the film is a bit of an origin tale that covers the first meeting of life-long friends and the first flight of the starship Enterprise. Full of nostalgic throwbacks and action-packed set pieces, Star Trek is a true and worthy successor to the classic TV show.

Based on a novel by science fiction legend Phillip K Dick, Minority Report stars Tom Cruise in a tale of free will and the complete abolition of crime through a system called precognition where psychics are tasked with witnessing a murder before it happens thus allowing the police to prevent it in the first place. But what happens when that system turns on itself? Full of interesting ideas and excellent special effects, Minority Report still stands the test of time, namely because of the realistic use of technology.

In the far future, humans are now immortal and stop ageing after turning 25. They are governed by a set of time codes on their wrists. Once the time runs out, you die. As long as you have money, you’ve got time to live. Sounds dystopian, right? The story follows a young man who has to go on the run to survive. The film does have a lot of interesting ideas and does a great job of showing us the wealth inequality as now money truly equals longevity. The only weak part of the film is Justin Timberlanek but even he does not distract from an otherwise excellent film.

War of the Worlds

Directed by famed filmmaker, Steven Spielberg, War of the Words is based on the HG Wells tale on interstellar warfare played out on our planet. The plot follows an everyday man, Tom Cruise, who witnesses first hand what happens when a technologically superior force attacks humanity. Excellent visuals and a gripping story, the War of the Worlds is a true science-fiction epic that takes the best from the novel and gives it a modern twist.

Another excellent film from the mind of Christopher Nolan, Inception follows dream thief Leonardo as he attempts to plant an idea in a clients head instead of stealing it. It turns out that this is much harder than the latter and gives us some of the most inventive action and set pieces we’ve seen in years. Ambitious and larger than life, Inception is a true science-fiction epic for our times.

After the population of Earth is wiped out by an insidious plague, a lone scientist must battle vampiric creatures and his own failing mind to find a cure. Disturbing and thrilling, the film also benefits from an excellent performance by Will Smith and his awesome canine companion. The film asks a lot of important questions and by the end, it’s clear that survival is probably the only option left.

One of the more underrated films on this list, Edge of Tomorrow is based on a Japanese novel that sees the earth in a losing battle against a fearsome and unkillable extraterrestrial threat. With no way of winning, an unwilling soldier, Tom Cruise, merges with an Alpha alien after he kills it and its blood mixes with his own. He then finds out that he can reset the day as soon as he’s killed. With inventive and thrilling set-pieces and unique but dangerous aliens, Edge of Tomorrow is two-hours well spent.

If you haven’t seen this legendary film, then we’re here to tell you that you’ve missed out on the best action science-fiction epic of the last 30 years. Following the events of the first film, Judgement Day takes a more action-oriented approach and gives us an epic battle between the T-800 and the more advanced T-1000. Cue the insane stunts and industry-changing special effects.

Netflix finally rolls out its Spatial Audio feature for the iPad and iPhone
Disney+Hotstar Mobile vs Super vs Premium plans: What's the difference
Netflix now allows users to watch partially downloaded content on the platform
Spotify Greenroom is the latest interactive audio chat app like Clubhouse to connect fans with music creators
Netflix announces fourth and final season of Castlevania, will premier on May 13
Advertisements