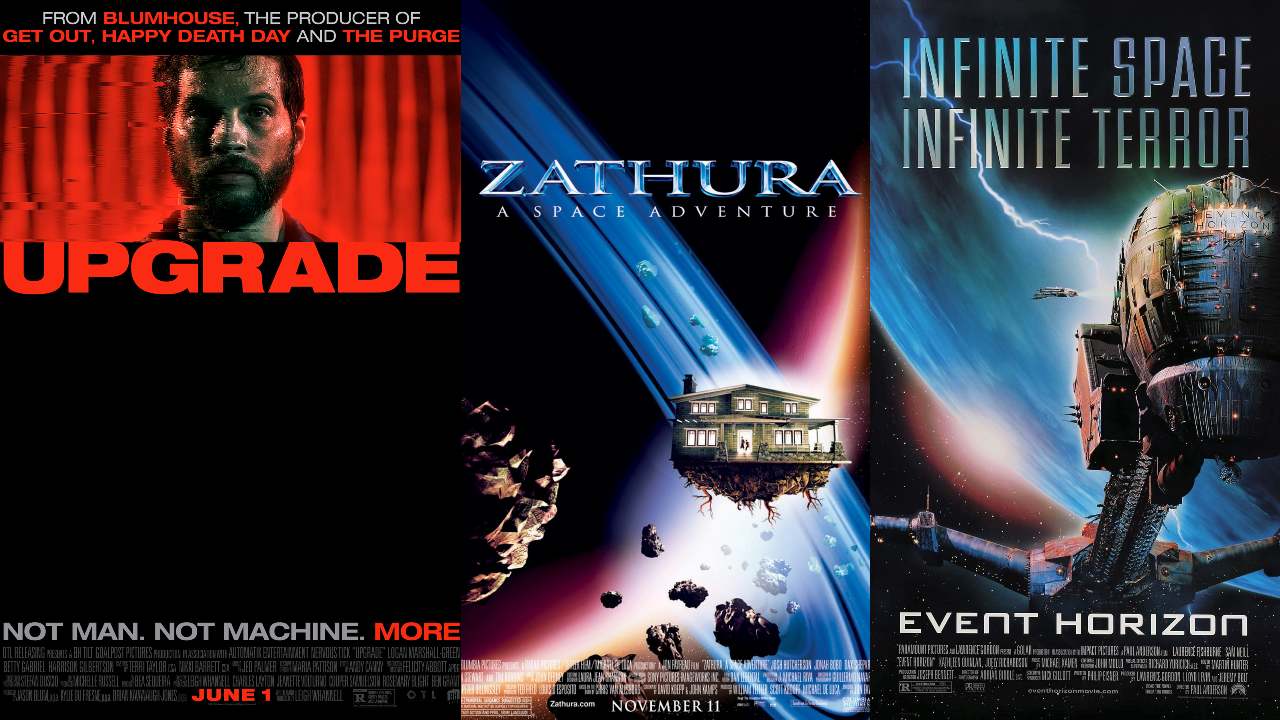 Best sci-fi films on Netflix that will expand your mind

As we near the end of the lockdown, why don't we catch up on some awesome sci-fi movies on Netflix

These include Arrival, Annihilation, Snowpiercer, Blade Runner and many more

It’s been a bit since the Coronavirus came and disrupted all our lives. A majority of us have been stuck at home for weeks now and may have been wanting something new and exciting to watch. Well, we here at Digit have just the thing for you. Check out these top Netflix sci-fi movies that’ll definitely make you think as well as entertain you. Some of these films are also Netflix original sci-fi movies but a lot of them come from other studios as well. There are also a few Netflix sci-fi movies from 2020 but again, a lot of them will be from years past.

Sci-fi as a genre is wide and vast and can often pair up with other genres like horror or even mystery and still retain a sci-fi edge. It truly is a unique genre and some of the Sci-Fi Movies on Netflix streaming also embody this very principle. So, sit back, grab your remote and check out some of the best sci-fi films on Netflix today.

And away we go:

A companion piece to the wildly successful Jumanji, Zathura was not the box office hit that many hoped for but it’s still an exciting and fun-filled sci-fi film. The story follows a family who get sucked into a space fantasy game called Zathura and must battle aliens, black holes and more.

What if we could move the Earth away from our solar system? Well, The Wandering Earth aims to answer that very question. Do ignore the sappy Chinese melodrama and you’ll be treated to a visual and metal spectacle. The film was a huge hit in China, and we can see why.

A modern re-telling of E.T of sorts, Super 8 is one of the best coming of age films out there and it's even better that it's wrapped around a missing alien in a small town. The film is well directed by JJ Abrams, and he really gets to stretch his creative muscles with Super 8.

Upgrade is ultra-violent, funny and has got a ton of heart. The film follows a mechanic in the future who undergoes a radial transformation after a mugging leaves his wife dead and him paralyzed. What follows is a nifty little revenge tale that really build the world of the film in more ways than one. Definitely do not miss this film.

One of the best sci-fi movies on Netflix, Event Horizon was also one of the better films by director Paul W Anderson. A basic haunted house in space, the film follows the crew of a rescue vessel who are out to rescue the Event Horizon, a ship that has gone missing for decades! It’s creepy, violent and really brings the scares. If you’re looking for a quality sci-fi horror movie, you can’t go wrong with Event Horizon.

Directed by Alex Garland and starring Natalie Portman, Annihilation was and still is one of the most inventive and beautiful sci-fi films on Netflix. If you’re looking for an action-packed film, this is definitely not it. More of a thinking man’s science-fiction film, Annihilation has more in common with the director’s previous film Ex Machina than it does with The Matrix. The story basically follows four women who head into a sealed-off area known as The Shimmer. Caused by an extraterrestrial being crashing to Earth, this film could even be seen as a modern retelling of the H.P Lovecraft classic, the Colour Out of Space.

Starring Antonio Banderas in an almost unrecognizable role, Automata takes a deeper look at the age-old question of android gaining consciousness. The film is a low-budget affair but don’t let that fool you as the film has some incredible special effects and excellent storytelling as well. The idea that robots could learn to become more human than humans is an old sci-fi idea but it has been given new life in Automata. If you enjoy deep sci-fi films, you should check this movie out.

Based off an extremely important and influential French graphic novel, Snowpiercer is a science-fiction epic that is almost a parable of our times. The entire film is set in the confines of a powerful globe-trotting train where the have-nots must battle from the decrepit and slum-like back of the train to the front, where they can take over. The film draws parallels to our reality where the have and have-nots pretty much live side-by-side. It’s a harrowing tale and the performance of the entire cast is phenomenal.

One of the better sci-fi horror films in the last few years, Life has a stellar cast including Ryan Reynolds, Jake Gyllenhaal and Rebecca Ferguson. The story follows a team of astronauts as they encounter life on the surface of Mars. What starts out as a fascinating discovery soon ends in horror as the life-form they brought on to the spaceship is hungry and the only prey around are the astronauts. The film is thrilling and has a ton of cool effects to really ratchet up the tension.

One of the smartest and most competent sci-fi films out there, Arrival takes a very different look at what first contact with an extraterrestrial being could actually be like. Starring Amy Adams and Jeremy Renner, Arrival tells the tale of aliens who land on Earth, seemingly benevolent and scientists are tasked with figuring out what they want. Shot and directed beautifully, Arrival is truly a thinking man’s science fiction epic.

Now for some more action-oriented fare. If you’re a fan of cool, rebellious characters who are just there to complete the mission and absolutely ooze charm then you’ll love Lockout. Guy Pearce stars as a disgraced special forces vet who is sent to retrieve the President’s daughter who has been taken hostage by a dangerous gang of criminals abroad a floating space prison! Yes, it’s as insane as it sounds and the action makes it even better. This is a true throwback action-packed, sci-fi film.

Space exploration has always been a major theme in a lot of science-fictions stories and Europa Report is one such film. The film tells the tale of a bunch of scientists who make their way to Europa, a moon in Jupiter’s orbit. The moon actually does contain water and scientists think that it could actually harbour life. Which is what this particular team in the film find out. Also, its a found footage film, so if you’re into that genre of film, you’ll have a blast.

One of the most important sci-fi films in the history of cinema, 2001: A Space Odyssey was director, Stanley Kubrick’s masterpiece/. The film is difficult to summarise as it truly is a journey through the stars. The story begins with a bunch of astronauts who have to deal with a malevolent AI called HAL and then takes a turn for the fantastical. If you haven’t seen the movie, please stop whatever you’re doing and check it out, right now!

This film just did not resonate with critics but actual movie lovers really enjoyed Illang: The Wolf Brigade. Based on the manga and anime of the same name, Illang is a tender love story in a world gone wrong. The film tells the tale of the Wolf Brigade and their star soldier and their fight against a terrorist group known as The Sect. The set pieces in this film look far better than their Hollywood counterparts with a sense of grounded realism and action. A must watch, in our opinion.

For fans of the gory Gantz anime, this CGI-animated feature is just as brutal as the anime but has a bit more edge to it. The story is simple, a bunch of people are kidnapped by a giant black orb that outfits them with these super suits and sends them out to battle uber-powerful aliens hell-bent on destroying Earth. IF that sounds insane, know that the film is absolutely bonkers! IT’s violent, action-packed and does not pull any punches. You want a mature animated feature, well, you’ve got exactly that with Gantz:0.

And finally, how could we forget to include one of the best science-fiction films of all time on the list. What’s even better is that this version of Blade Runner is the original director’s cut which means more footage and more Rutger Hauer, which is always cool. One of the original cyberpunk films, Blade Runner has had a ton of imitators over the years but none have been able to come close to the majestic dystopia of Ridley Scott’s world.

Netflix Direct launches in France, will function like a normal TV channel