8 Movie and game trailers to watch this weekend! 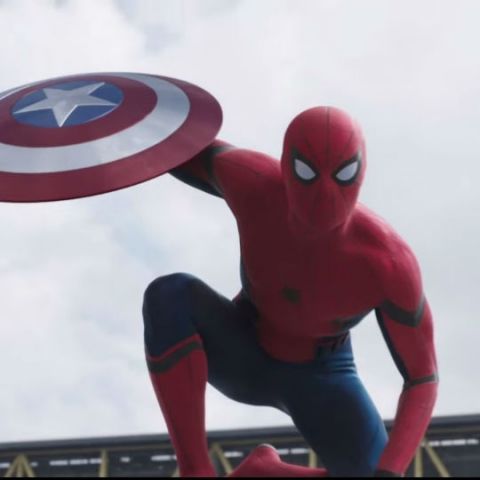 Thank God It's Friday! We are back with our weekly list of the latest game and movie trailers. Sit back, relax and watch!

Captain America: Civil War Trailer 2
The Captain is back in an all new adventure and this time he has a special friend joining in. When the actions of the Avengers lead to a political crisis, the Captain steps up and takes charge! Chris Evans battles it out with Iron Man Robert Downey Jr. The Black Widow (Scarlett Johansson) and Hawkeye (Jeremy Renner)  have to choose their loyalties in the epic action adventure flick. What’s More? Well, we will not spoil the trailer for you, just wait till the end of the trailer and watch out for the web!

Hardcore Henry Official Trailer 2
Henry is resurrected from the dead and has a new mission. When he wakes up, he finds thats his wife has made modifications to his body. Engadget calls it “a mix of Captain America, Call of Duty and Jason Bourne.” The trailer shows Henry pulling out some mind-blasting moves, which we just can’t wait to check out on April 8.

‪Mirror's Edge Catalyst Official Developer Diary: Gameplay
EA has come up with a cool new developer diary for Mirror’s Edge Catalyst. The video shows developers from DICE talking about the improvements in the game. A new combo system for dealing with enemies is also showed off. The game is expected to release in May this year and the developer diary is a must watch for all those who want to know the difference between the first game and Catalyst.

‪Dead or Alive Xtreme 3 Official Kokoro Trailer
Check out Kokoro, a new character and a young Tai Chi practicing geisha take some time to herself on the beach. Skin, skin and then some more skin, this trailer is definitely eye candy for gamers. Scorching and sexy, the DoA Xtreme 3 Kokoro trailer is one to delight.

Sniper Elite 4 - Teaser Trailer
Rebellion unveiled the new teaser trailer for Sniper Elite 4. This time around, players experience Italy, where they have to fight Nazis and aid local forces. The abandoned towns and fighter planes shown in the trailer definitely piqued our curiosity. The game releases for the PS4, Xbox One and PC later this year.

‪DOOM - Official Multiplayer Trailer
The DOOM Multiplayer is not for the faint hearted, or so say Bethesda and ID. Brutal and bloody, the game will be “Very Fast” and will put gamer reflexes to the test. For all those who love the 2 Johns (John Carmack and John Romero, the masterminds behind the first DOOM game), also check out the book ‘Masters of Doom’.

The Making of UNCHARTED 4: A Thief's End - The Evolution of a Franchise
Get a behind the scenes peek at how Naughty Dog and the Uncharted series have evolved since Uncharted: Drake’s Fortune, including the influence of The Last of Us on the team and their development process.

Ori and the Blind Forest: Definitive Edition Trailer
If you can’t get enough of Ori and the Blind Forest then fear not. The game will release in a Definitive eddition adding new areas and abilities to Ori. Considered as one of the best metroidvania games, this game is not for those looking for an easy playthrough. The game is challenging, and requires quick reflexes.

Netflix's Streamfest is back for two more days, watch free content until Friday