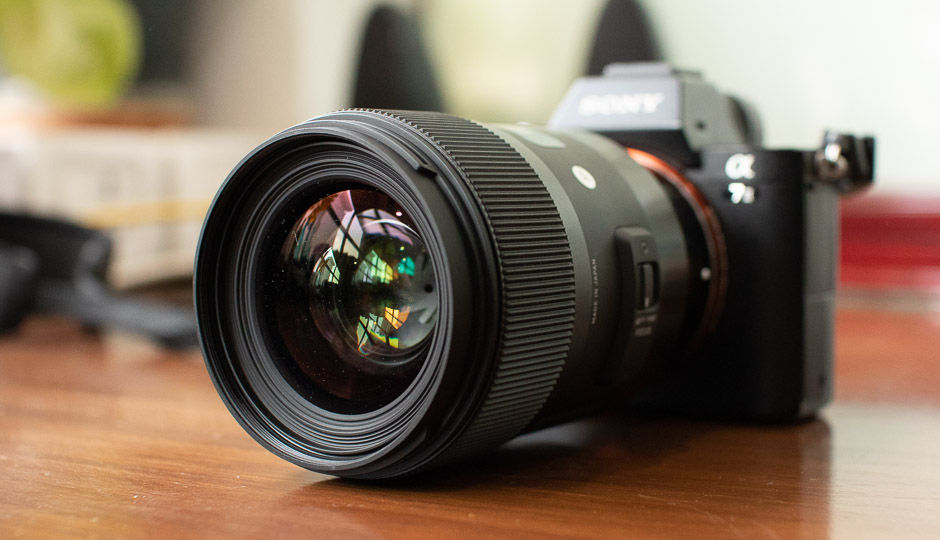 The Sigma 35mm f/1.4 was the first lens Sigma introduced in the Art series. When the lens was originally released in 2013, practically every review pegged it to be as sharp as the Zeiss Distagon 35mm f/1.4. In fact, DxOMark scored the lens significantly higher than the Zeiss Distagon and a few points higher than the newest Zeiss Milvus 35mm f/2.0. In one fell sweep, Sigma had shown the imaging world that they could make class-leading lenses and since them, that’s exactly what they’ve been up to. Unfortunately, Sony Alpha users were left high and dry because Sigma wasn’t making the Art series lenses in Sony-E mount, but that changed earlier this year. So obviously, we got our hands on the Sony E-mount version of the 35mm Art lens to see if the lens was worth all the excitement, and fuss.

When the lens was unpacked and mounted on our Sony A7 MarkII, there were two things that stood out as clear as day. First, the lens was extremely well built. Solid metal construction with a firm, but easy to rotate focusing ring with ribbed finish. The second thing that’s immediately noticeable is the lens’s unnatural length. Now I’ve used the Sigma 35mm before, but it was an EF mount version. In comparison to that, the shape and length of the Sony variant felt slightly different. Turns out, the Sony variant of the 35mm lens is indeed shaped a little differently. It has a longer tube leading to the mount and it ‘almost’ looks like Sigma fused the Canon variant of the lens with the MC-11 adapter that photographers were using to mount their EF mount lenses on Sony’s FE mount. 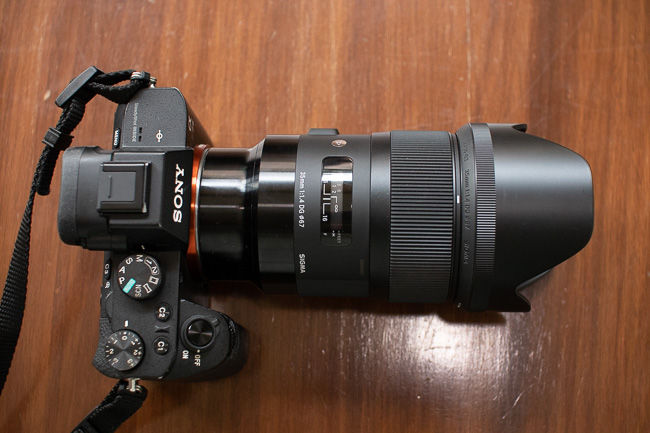 Regardless, at 1.13 kilo, the lens isn’t light by any means, but that’s because of all the glass it packs inside. There are 13 elements in 10 groups, including two FLD and 2 SLD elements to minimize chromatic aberration and internal reflections. The aperture is comprised of 9 rounded blades that would create soft, round out of focus highlights when shooting at large aperture values. The only two moving parts on the lens is a focus switch to toggle between auto and manual focus and the focus ring, which is very smooth to turn. The optical design gives the lens a rather large 11.8-inch minimum focusing distance. 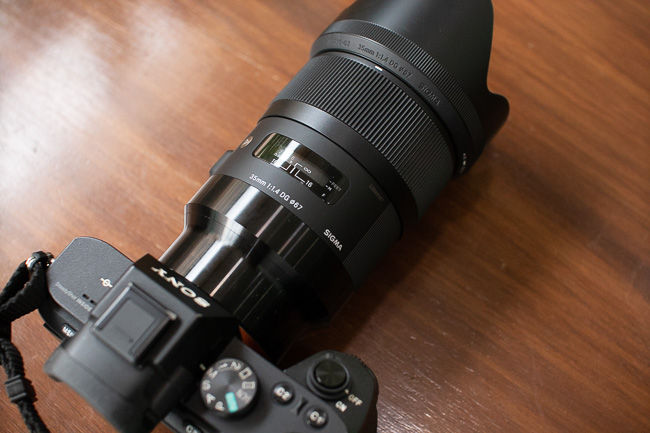 In closing, the Sigma 35mm f/1.4 Art for the Sony E-mount is built strong like a tank, however, this lens (and no lens for that matter) is to be dropped. For the price, the lens is every bit premium, but when it comes to glass, build isn’t as important as optical quality, so let’s get right into that.

The original Sigma 35mm f/1.4 Art for Canon and Nikon mounts were regarded as sharp as Zeiss’s far more expensive counterpart. In fact, at the time, reviewers said that no first party lens matched the sharpness of the Sigma. We were eager to see if the Sony counterpart was just as good. In conversation with Sigma’s Hideaki Nishioka, Chief of Marketing for India, we were informed that the optical design of all 35mm Art series lenses is identical across camera systems. This is to ensure consistent quality across platforms. When asked what was then taking Sigma so long for releasing native E-mount lenses, he said that it was working out the control chip that controls the autofocus behaviour. We’ll get into that in a bit.

To start with, we shot the lens as much as possible at its widest f/1.4 aperture. That is where this lens is supposed to set itself apart, with tack sharp images (at least at the point of focus). Needless to say, the lens does not disappoint. The below shot is probably my most favourite for the longest time, period. The focus is tack sharp on the subject and the background is beautifully blurred out. The hanging lights create surreal discs of light of various shapes, adding to the quality of the bokeh. All shots taken at f/1.4 have the subject tack sharp. Stopping the lens down to even f/2.0 makes the photos sharper. The bokeh on the lens is absolutely sublime, with rounded out-of-focus highlights. This is bokeh no smartphone in the world can emulate and few lenses are capable of this level of sharpness, especially at this price point. 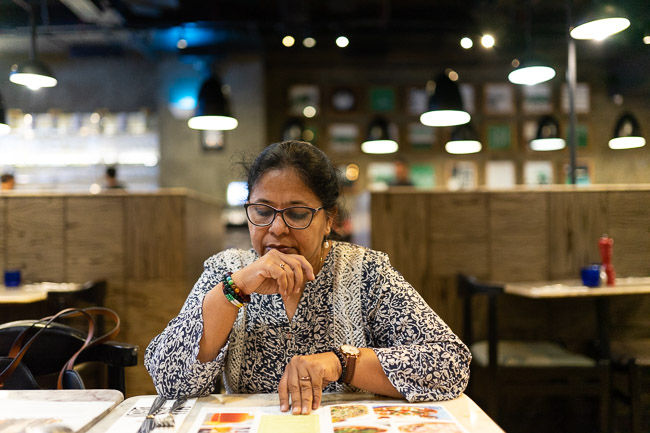 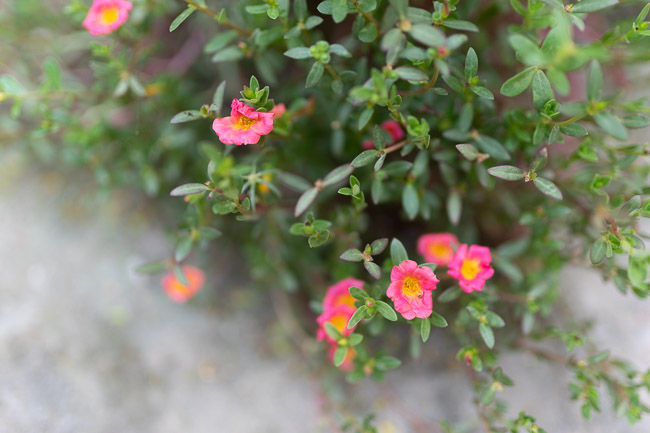 The second aspect of a lens’s performance would be its autofocus. Now Sigma claims that they’ve spent a lot of time ensuring that the focusing system of Sony full-frame mirrorless cameras works seamlessly with their lenses, including eye and face tracking. In my use, the camera and lens combination was able to pick up on people’s faces and lock focus rather easily. While using the lens in good light condition, I experienced some “breathing” on part of the lens. What this means is that every time the lens has to focus, it goes through a certain range before locking onto the subject. Sometimes, the lens would go past the focus point and then returns to lock onto the subject. This is okay if you’re shooting portraits or landscape, but can be a little challenging to work with when a moving subject, like a hyperactive Labrador, is involved. According to Sigma, this behaviour is not normal and they are going to be sending over another lens for us to verify if the focusing behaviour we saw was normal or not. 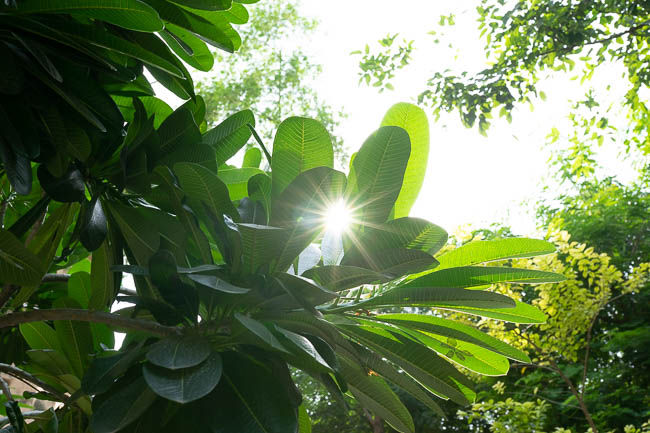 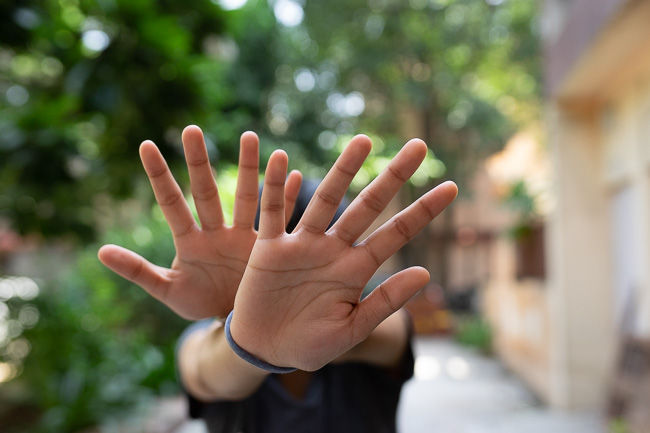 You can see plenty more full-resolution samples of the images shot from the Sigma 35mm f/1.4 Art in our Flickr Gallery

The optical performance of the Sigma 35mm f/1.4 Art is unparalleled, especially when factoring in the price. The focus could be a bit of an issue, but we are hoping that the lens we got had focus issues like Sigma says. However, even with the minor focusing hiccup, the lens will make a great addition to any Sony photographer’s kit.

Currently, the Sony E-mount system only has two 35mm lenses that work on full-frame bodies; one with a f/2.8 aperture costing Rs 51990 and the Zeiss lens with an aperture of f/1.4, costing Rs1,14,990. The Sigma 35mm enters the middle ground, bringing a huge price and performance divide, all while offering best of both at Rs 78,500. The Sony Zeiss Distagon 35mm f/1.4 is too expensive for most and the Sigma matches its performance neck-to-neck at a significantly lower price.