Shooting with the Samsung Galaxy Camera 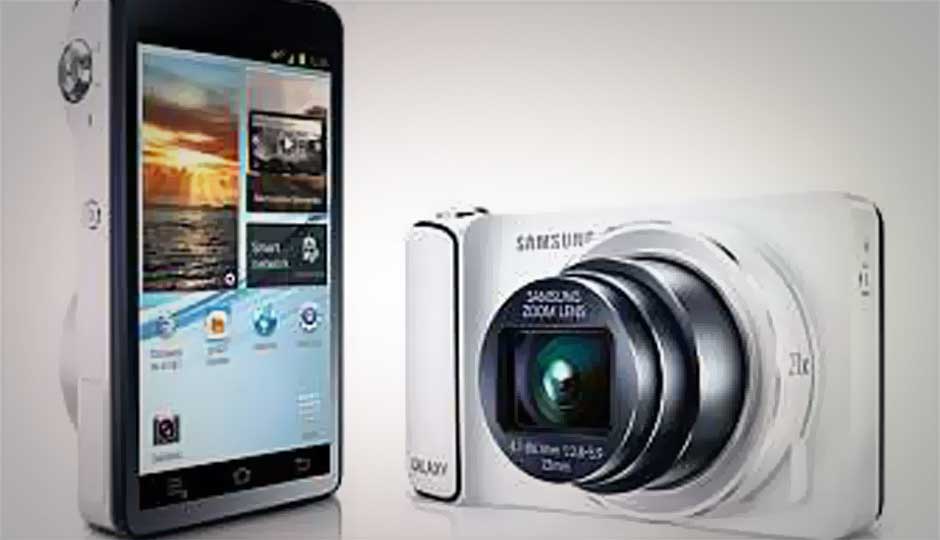 In a room full of phones, the camera stood out. I'm not sure whether the Samsung Galaxy Camera will be a best seller - it's a lot of expensive tech for a point-and-shoot camera category where people are used to prices under $300. But for me, it was the weirdest, most interesting thing at an AT&T event full of interesting things.

The Samsung Galaxy Camera is a point-and-shoot camera that runs Android 4.1. It isn't a phone, although it has a microphone and it could run Skype if you really wanted it to. We have hands ons from IFA and last month's Photokina already, but I got to take a bunch of photos with the Galaxy Camera, and I wanted to show them to you.

The first thing to realize: it works like a camera, not like a phone camera. So, you get fast autofocus, 21x optical zoom, no shutter delay, and the ability to focus on pretty much anything.

Coming from a realm of phone cameras and cheap point-and-shoots, the 21x zoom impressed me the most. Take a look at that shot of the street corner, which I took from a 20th-story hotel penthouse, through a window. (It's a foggy day and the photo is through glass, which is why everything looks very pastel.) It's sharp, and it's spy camera-like.

The camera handles backlighting much better than phone cameras do. That photo of Alex and Eugene in the demo room? It would have been so washed out on a phone camera.

I also really liked the manual and scene settings on the Galaxy Camera. There are a bunch of filters; you can pre-enhance colors, or create silhouettes on backlights. But what I liked most was the manual mode, which popped out very clear rings to let me set shutter speed, aperture, exposure compensation and ISO. Hooray! As a guy who's often been stuck using whatever camera PCMag photo analyst Jim Fisher gave me that day, it was thrilling to see a manual mode so clear and easy to operate.

The mundanity of the camera experience is what's extraordinary about the Samsung Galaxy Camera. It works just like a camera. But it's a full Jelly Bean tablet. Will that make sense to people? I'm not sure. But I like it.

The Samsung Galaxy Camera will be available from AT&T sometime before the end of the year, and I'm desperately hoping it won't require a contract. It has HSPA and Wi-Fi and could operate entirely over Wi-Fi, so it'll work even without AT&T service.

This shot was taken from a 20th-floor hotel penthouse. The Galaxy Camera is a decent superzoom.

Samsung Galaxy Camera Cityscape
Here's another shot of the foggy cityscape taken with the Galaxy Camera. Please excuse the window haze; I wasn't allowed to take the camera from the room.

Samsung Galaxy Camera Video Modes
There are some interesting modes buried in the Galaxy Camera's menus. For instance, it can take 768x512 video at 120 frames per second.