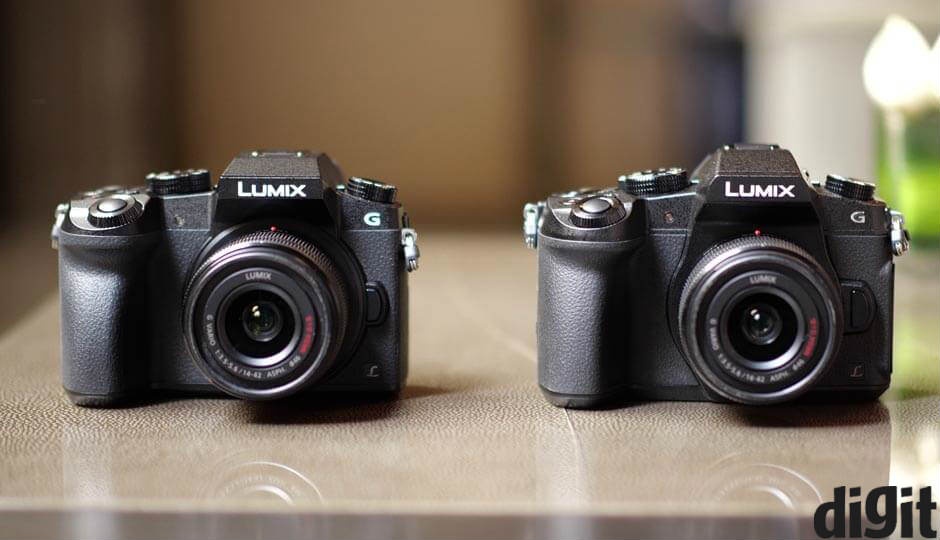 Today, Panasonic India announced two new mirrorless cameras in the entry and mid-level segment called the Panasonic Lumix G7 and Lumix G85. The G7 was originally launched in 2015 while the G85 (a rebranded version of the G80) was originally launched in 2016. At first glance, one can't help but wonder why Panasonic would launch such old cameras in the Indian market today, but their decision makes sense on various accounts. For starters, the two cameras are the only mirrorless cameras in their price bracket that can shoot 4K video internally. Also, technologies that enable 4K video playback such as TVs, monitors and even internet bandwidth to upload and stream 4K content have just started to become more mainstream in the country. So, the timing makes sense and since there isn’t anything comparable from a competitor, there really was no need for Panasonic to release newer models. What is, however, interesting is that the G85 was originally the successor to the G7. Also, the G85 is what the camera is called in India, but when it was released in 2016, it was called the G80 for American and European markets. After handling the cameras for some time, here is my first impression. Mind you, I say handling because the units I got to play with were production units and were hence missing the battery and a memory card, so no samples were shot. As of today, Panasonic now has three video-centric mirrorless cameras in the market, including the recently launched Panasonic Lumix GH5s.

Specifications
For the most part, the G7 and G85 share a very similar specification set. They both have a micro four-thirds imaging sensor, however, only the G85 comes with in-body image stabilization.  In fact, Panasonic says that the Lumix G85 actually comes with something they call Dual Image Stabilisation, a feature where the camera’s 5-axis image stabilization works in conjunction with the image stabilization of the lens to provide better results. Both the cameras are capable of shooting 4K video internally, which is pretty much the highlight for both of them. At the event, Panasonic chose to speak more about the G85, positioning it towards YouTubers and bloggers. The Lumix G85 also comes with weather sealing, a feature missing on the G7. They both have a 2.36 million dot OLED viewfinder along with a 3 inch fully articulating touchscreen on the back. The presence of a 3.5mm microphone port cements the belief that both the Lumix G7 and G85 are designed more as film cameras than for stills. 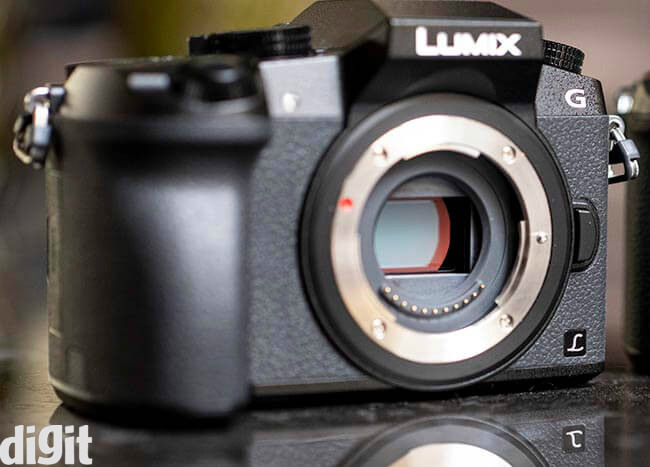 Build and Ergonomics
It was a little unnerving to see two cameras with notably different capabilities come in bodies so identical. Neither of them carries the model number emblazoned anywhere except on the base plate, which carries other compliance information as well. The only distinctive feature between the two cameras is the top plate, which is slightly more raised on the G85 while the G7 is flatter on the top. There is also the fact that the G7 has its memory card housing integrated into the battery compartment while the G85 has a dedicated SD Card slot. Other than that, the two cameras are almost identical. The cameras are extremely easy to hold and operate with one hand. The grip is generously deep and the fully articulated screen means you can exploit odd-angles as much as you would like. It is nice to note that despite the G7’s lack of weather sealing, the buttons press with just enough force so that there isn’t a lot of accidental change in functions. However, the buttons on the D-Pad at the back do feel flimsy on both cameras, but I wouldn’t worry about them falling out.

Features
While the two cameras may feel pretty standard on the hardware front, the software capabilities on both of them do have unique things to offer. With the Panasonic Lumix G85, shooters will get in-camera focus stacking, a feature which allows you to take photos with multiple points of focus and combine them into one, fully focused image. Typically, this is a painstaking process for photographers involving meticulous shooting and post-production techniques. There’s also the ability to refocus your photo after it's been taken. This isn’t like what Lytro was doing, instead, it again shoots multiple photos and you can pick the one you want to keep. The Panasonic Lumix G7 doesn’t have any of these features, but it does have a 4K Photo mode (as does the G85) where the camera will shoot a 1 second burst of video at 4K, but instead of compiling it into a video file, will allow you to select a frame that you can save as JPG. This feature is great for the spray-and-pray situations but would have been even better if the camera was able to deliver RAW output. 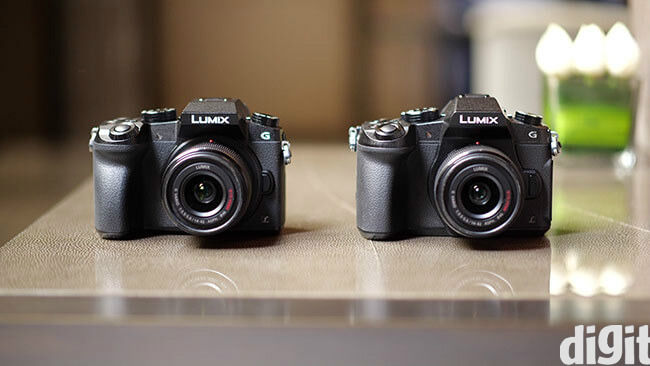 In Closing
Panasonic’s launch of the Lumix G7 and the G85 comes at an opportune time when the mirrorless segment is really starting to pick up steam. Jumping into the various price segments before Nikon or Canon come rushing in, Panasonic is working hard to establish its niche as a video-centric camera maker. This isn’t to say that their cameras don’t do good stills, they do, but where else can you get 4K video in 4:2:2 with a 100megabit data stream? Which other company is giving you the ability to record HDR video in a consumer-friendly budget? Let's not forget that the Panasonic GH5, a wholly photography-centric camera does a marvellous job at capturing moments. While it could be said that Panasonic would have been better served had they launched the G9 in India instead of the G85 or even the G7, but in reality, the G9 is anything BUT a budget-friendly camera. For now, the Panasonic Lumix G7 and Lumix G85 are to be the 4K friendly camera systems for YouTubers and bloggers, but I would say you hold off on your purchase till the cameras have gone through our rigorous testing.