In Conversation with Zack Arias: How to improve and grow as a photographer 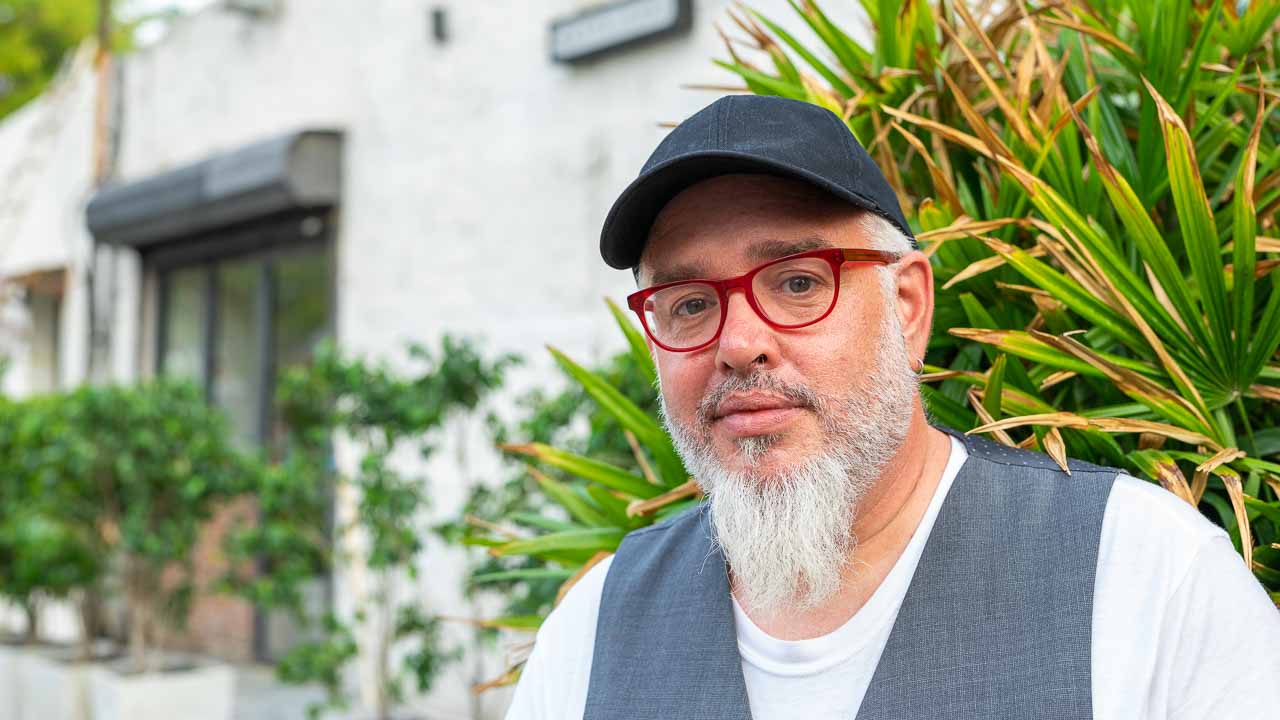 Delhi recently hosted a PEP workshop where the guest speaker was the OneLight Master, Zack Arias. Before the event, we sat down with Zack to really understand his journey as a photographer, and what he thought would be great advice for those breaking into the profession of photography.

Zack has a really interesting video on APS-C vs. Full Frame that he published a few years ago, so in our interaction, we brought up the topic with him. To this, he said “Well, I've shot full-frame, I started with Nikon, and moved to Canon. I moved to Canon because we were all supposed to become filmmakers, thanks to Vincent Laforet. Right. I never became that filmmaker. So, I had a whole canon kit. Then I started shooting a little bit of Fuji. And, and I had the medium format, phase one. And what happened was, I really enjoyed shooting Fuji.” He further went on to add that “I was working on my book. And they had me do a press test of pictures; see how they would print. So, I threw Nikon pictures in their cannon pictures, Fuji pictures, phase one pictures, you know, I just threw them a whole file folder of different pictures, had them do a test run. And then I made some test prints myself. When I stepped back from the prints, the difference between the Canon and the Fuji was, as I say in that video negligible, right? It wasn't like, ‘wow, the Canon full frame really outshines the Fuji crop sensor’, right? It just wasn't there as far as in print on a wall looking at it. But I could still point out that medium format, like I could still see the difference in quality, the sharpness, the colors, the just how the focus falls off.”

Zack’s point is that APS-C cameras aren’t all that behind full frame anymore. This used to be the case some 10 years ago when going above ISO 400 on APS-C caused a noticeable change in image quality, but that is no longer the case. So if you’re debating between the two, if you’re not going to be shooting professionally, APS-C should be absolutely fine, but if you do plan to make a career out of photography, maybe you should save up for a medium format, which, thanks to Fuji, is now priced within realistic reach.

On Choosing where to spend your money

We asked Zack if he had any advice on how to choose the right gear for first-time buyers. He says that for first time buyers, it would be a better idea to buy an older model from the used market and use the leftover money for good lenses. He recalls how the Canon EOS 5D MarkII revolutionized the digital camera space with its ability to shoot video, and how the entire world was clamouring for a unit, causing a massive stock shortage for a long time. He says its still a great stills camera and if you can pick up something like that for cheap, you can spend the rest of your money on great lenses. “because your lenses are going to go with you for years. Right? You're going to change out your body,” added Zack.

Are Smartphones really a threat to DSLRs?

“The thing is, pictures on your phone where they look the best, is on your phone. Right? They look amazing on your device, right? But then you go to print it and it starts to fall apart,” expresses Zack. He talks about how many smartphone companies will run a campaign about magazine covers being shot on their phones, but he adds that “...they're skilled photographers to start with, who use meticulous lighting. You need a ton of light for good phone photography. You can't be shooting it low light and get a cover.”

On Getting your work ‘Out There’

There are definitely a LOT more photographers in the market today than there were say 10 years ago. We asked Zack what he thought was the best way to get your work out there, to get clients and to develop a body of impressive work.

“The development of a body of work. You can't rush it. You can't build it in a week, right? You can't throw it together. Okay, developing the body of work takes time. In this day and age of all the Instagram, the social media and the Twitter and the Facebook and the LinkedIn, the number one way to get clients and to get jobs is to get a personal connection to somebody you want to work with, and meet them face to face and show your work. Right. Going out and meeting people and shaking hands and showing your work and talking to people is still the number one way to get work. All right. I know many great photographers who are working and doing great jobs, and they have very little presence on social media. You know? You don't want to be an influencer.” “Put your stuff out on social, get it out there in the world, but more importantly, get yourself into the world,” concludes Zack.

“Stop comparing yourself to others”

Our conversation with Zack concluded on the lines of asking him what he felt was the way to continue improving as an artist. His response might leave some of you rather upset. “You can't get comfortable. Okay, if you're comfortable with your photography, and you think, yeah, I do a pretty good job and I can knock this out, then you're going to get complacent and lazy and you're going to get lost. And you should.” Zack’s approach to critique can often lead to some serious impact on any artists’ self-esteem. Zack’s portfolio reviews in the past have had many photographers, including this one, reconsider the direction of their art, with some of them eventually quitting photography altogether.

“It's going to affect your self-esteem. I deal with depression and anxiety a lot. I hit ruts on a fairly regular basis and burn out and I have learned to stop comparing myself to others. That was it. That was a huge cancer in my creative life for a long time.”

Zack Arias is an Atlanta based commercial photographer, popularly known for his signature OneLight series. Zack is a brand ambassador for Fujifilm and shoots on the Fuji X-100T, the Fuji X-Pro 2 and for the duration of his trip to India, the new Fuji GFX 100, the company’s 100 megapixel medium format camera.